“Waiting for my heavens to change”

I'm still trying to get used to the idea that it's winter again. Maybe we need a pretty snowfall to put me in the mood. At the same time, no Siberian blasts of cold like last February's, please. 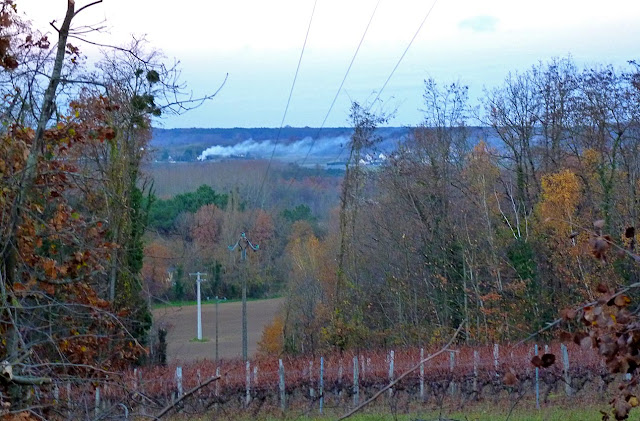 Looking down the hill and out across the river valley, I see somebody has a fire going,
almost certainly burning yard and garden debris. We need to do that one day.


I keep reminding myself that we are less than three weeks away from the winter solstice — already. It won't be long before the hours of daylight start increasing again. It's funny how the short days sneak up on you. 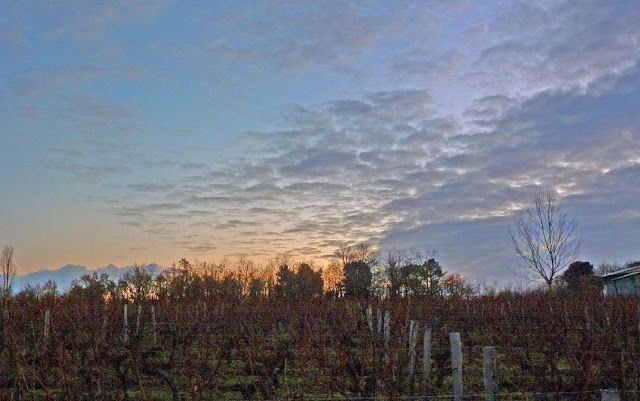 A later view of the sunset, after the sun was well below the horizon


And yes, Walt and I were both taking pictures at sunset on Sunday. That airplane might have been the same one in both our pictures, but we see a lot of airplanes flying over all the time. Sunday afternoon, Walt took his picture from a bedroom window. I was out walking the dog around the vineyard, trying to avoid the hunters. 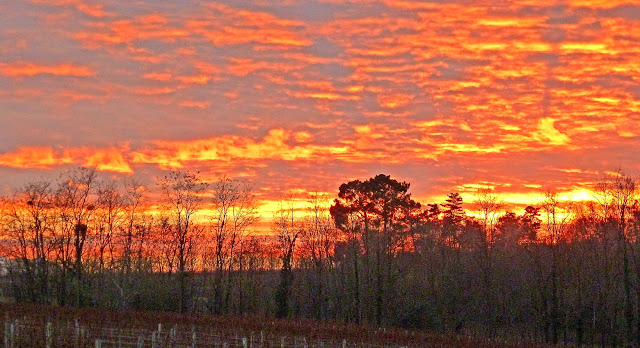 The sunset in all its glory, just a few minutes earlier


Yesterday, I must have "ripped" 75 CDs from our French collection. Some of them are old favorites, but seeing some of them again made me wonder why I ever bought them. When we lived in California and traveled to France every year through the 1990s, I used to return home with a pile of new CDs after every trip. We got our first CD player in 1989, and already such appliances are pretty much obsolete.

By the way, the title of this post comes from the Kate & Anna McGarrigle song “Move over moon”:


My horoscope warns me don't talk to strangers
Talk dark and handsome or short bald and plain
My soothsayer says to sit tight
And wait for my stars to get rearranged
So don't talk to me
Don't bother me
I'm just waiting for my heavens to change...