The two towers are done. I said "done," not "down." I'm talking about the two towers of CDs, that I have now finished transferring to computer hard disk. Each tower holds 200+ discs.


That comes to about 6500 songs — but with a good number of duplicates because the same track sometimes appears on several albums, including store-bought "Best of" discs and personal "mixed" discs that I used to make for the music I listened to while commuting to work and back in California.


I just went to look around in Walt's office. There are at least 30, maybe 35 more music CDs in a rack in there. So the job is not entirely done, but at least the discs in the two towers are transferred.

Now we can pack the CDs in boxes and put them away.


As I said, it's at least 6500 songs, which iTunes reports as 35 GB on the hard disk and 17.2 days of listening time. We've been listening, too. Putting iTunes in random mode and being surprised to again hear music we'd long forgotten about is a lot of fun. And the neighbors are far enough away that we can turn up the volume a little without the fear of bothering anybody. 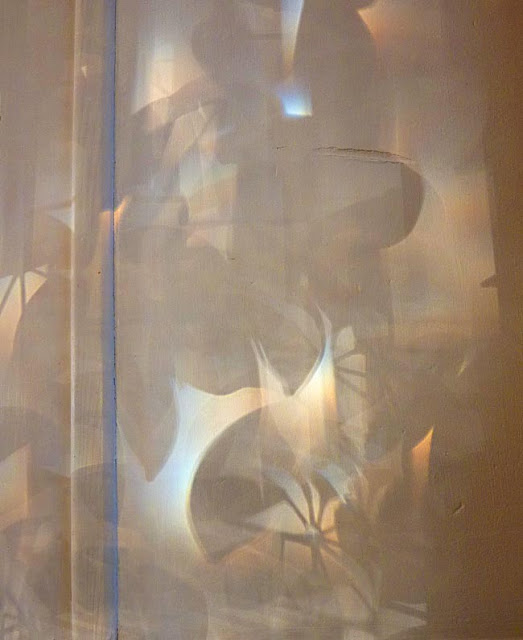 Sun shining through an umbrella tree makes light patterns on a scarred wall.


I'll soon need some new projects. With the end-of-the-year holidays (including Walt's birthday) coming up, I'll be doing a lot of cooking. And then I have to make time to go out and drive my car hard and fast.
Posted by Ken Broadhurst at 08:08