A late morning, and ten-year milestones

We are having a late morning today, since we were out until 1:30 a.m., having dinner with people who live on the other side of the river from us. We had a really enjoyable time. The evening was completely trilingual, since there French, English, and American participants around the table. The food and drink were excellent, as you might expect. Thanks to our new friends for inviting us.


Meanwhile, we've been thinking about this same weekend 10 years ago, when we came to the Loire Valley — Amboise, Montrichard, Saint-Aignan — to look at houses. We'd decided to consider making a huge change in our lives and moving away from California — the commuting, the long work hours, the earthquakes (or threat thereof), and a generally stressful, fast-paced existence — and to see if we could see a way clear to come live in France. It was something we had talked about doing for years, but without ever formulating a specific plan. 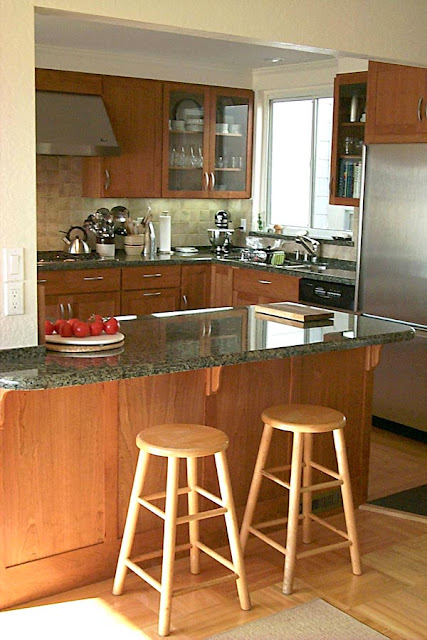 Part of moving from California to France was trading this kitchen,
which we had a big hand in designing...


Now it's hard to believe it's been 10 years already. We ended up finding and signing the papers to buy this house we now live in on the fourth day of that whirlwind visit to France in December 2002. We looked at and thought about the possibilities presented to us by 15 houses we saw during that short week, and this one had the main feature we knew we wanted. It also was what our budget allowed. We didn't know that we were actually going to pick up and move so soon. The house was smaller than the one we were used to, but it had a huge (to our city eyes) garden, some charm, and a fine, semi-isolated location. 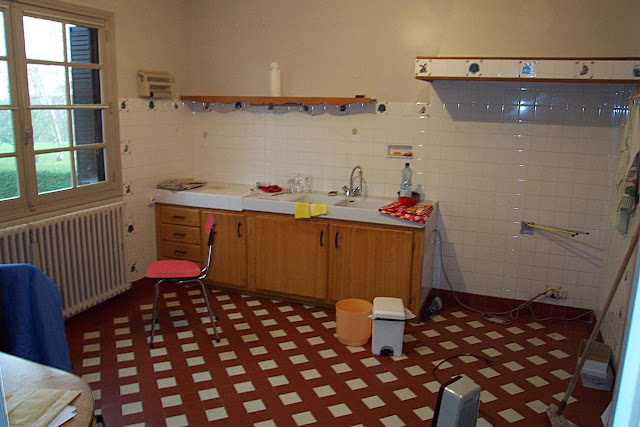 ...for this one, where we would inevitably spend a lot of our time.


It was as close to living out in the country as we thought we wanted. It was near enough to a small town and to all the services and amenities we thought we would need. We would have a garden. We would take long walks with the dog. Saint-Aignan is in wine country, and that's never a bad thing, because wine and good food go hand in hand. We'd be on the grid but far from the 24-hour news noise of the crazy U.S. culutre. And there are no earthquakes or hurricanes here. No blizzards. We thought the Loire and Cher valley landscapes and countryside were pretty even in December, so we knew they'd be even nicer in summer.


Now here we are, 10 years later, feeling like we might live a lot longer than we thought we would when we were living the California rat race. We're enjoying a quiet Sunday morning. Hope you have a nice Sunday too — bon dimanche ! — wherever you are.
Posted by Ken Broadhurst at 09:27