I don't know whether Walt has mentioned it, but I can report that Bertie the black cat is back to his normal self. He meows insistently in the morning until he gets his food. He gobbles it down. I just took him off my lap so that I could type this.

I love to point the camera right into a sunset, at full zoom.

Yesterday, Bert came into the house in the morning and just stayed. He settled in on the living room sofa. Callie knew he was there, but just ignored him. That's great progress. After a while, he wanted to go outside. He still sleeps down in the garage, where he has a comfortable bed. 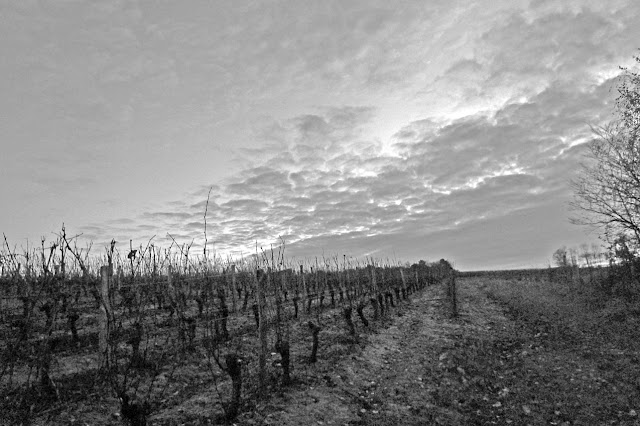 Yesterday I "ripped" ("digitized") another 50 French music CDs. I "processed" Maxime Le Forestier, Gérard Lenorman, Maurane, Patachou, Florent Pagny, and Gérald de Palmas, among many others. I have about a quarter of our collection of French CDs to go, starting with Edith Piaf and including Véronique Sanson, Alain Souchon, and Laurent Voulzy. Whew! Then I'll attack the English-language music CDs — an approximately equal number.
Posted by Ken Broadhurst at 08:15