Snow, and a sandwich

Not much time this morning. We're planning to leave here at 9:00 to drive over to Tours, and before that I have to go for the morning walk with Callie. And it's supposed to snow — at least it's supposed to north and east of us, toward Chartres, Versailles, and Paris. 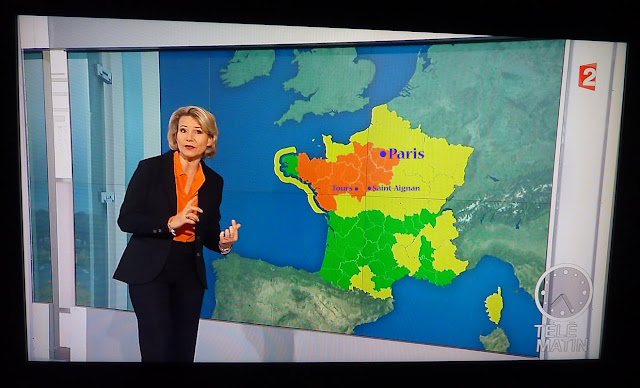 We're on the southern edge of the warning area for snow and ice.


We might have to change our travel plans. We'll see when the sun comes up and we can tell whether we are having snow or freezing rain outside. The météo on TéléMatin promises us both. The best laid plans... At any rate, we have a rental car (a Fiat Punto diesel) and we'll have to go take our Peugeot chez le mécanicien for replacement of the brake hoses and a trip to the inspection station. 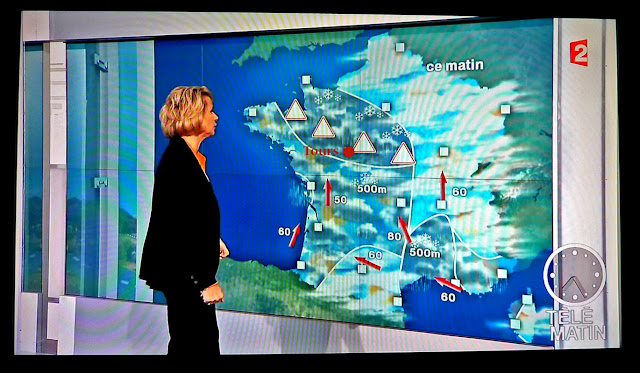 I think the snow will go north of us. Our temperature this morning is only about a degree below freezing.


I recorded another tall stack of CDs onto my hard disk yesterday. We are looking forward to packing up all the old CDs in boxes that we will store in a closet or down in the garage. Yesterday Walt played a concert of Christmas music on the laptop computer hooked into the downstairs stereo system. He selected for or five disks in iTunes and clicked the Shuffle button. He said it was a lot easier than putting one CD after another into the CD/DVDplayer. 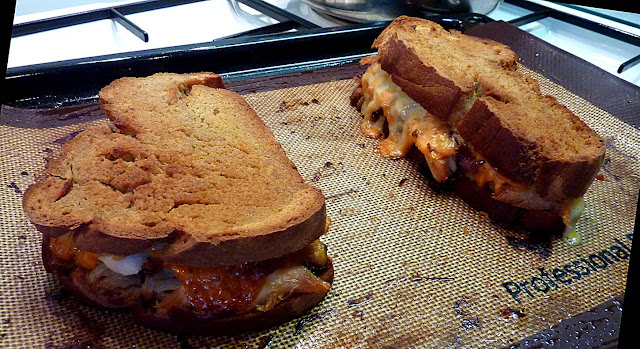 Two turkey reuben sandwiches — the kind you eat with a knife and fork, not your hands


Those reuben sandwiches we made yesterday were really good. Sliced roast turkey breast, strips of crispy bacon, Comté cheese, sauerkraut, and Russian dressing on the good pain de campagne I made. 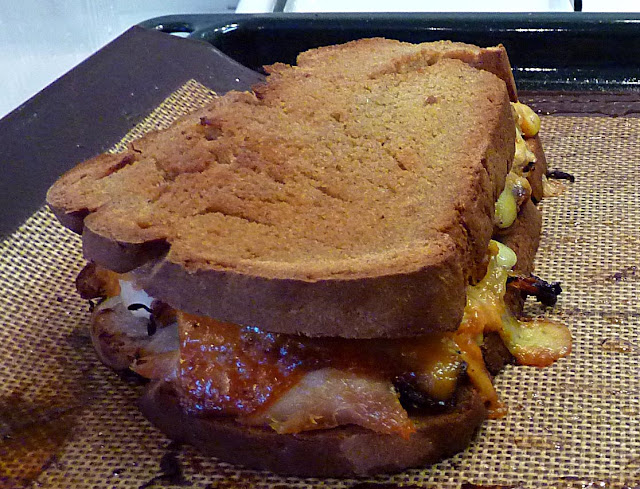 I made up the sandwiches, buttered them top and bottom, and cooked them in a hot oven. That was much easier than frying them in a pan like grilled cheese sandwiches. The buther's choucroute cuite was excellent. If he didn't charge so much for it, I'd be tempted to buy it instead of making my own.

P.S. Today is CHM's birthday. I won't give away his age. Un petit beurre des touyous, CHM.
Posted by Ken Broadhurst at 08:00