I got my car back from the mechanic yesterday. It failed inspection because it has too much carbon build-up in the cylinders. I don't drive it hard enough to keep the engine hot and carbon-free — to blow out the carbon, as we used to say. 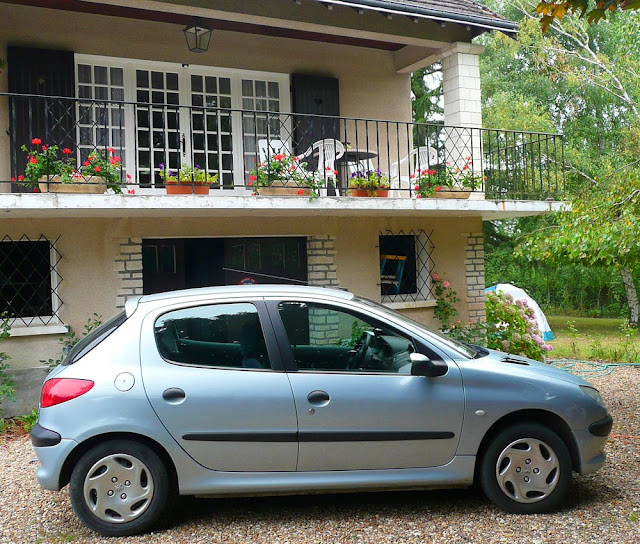 A summertime shot of the Peugeot lazing around on the driveway


A couple of days ago, I was talking on the phone with our summer neighbors who live most of the year in Blois, 25 miles north. I asked how they were doing. « Nous, on va bien. Comme des petits vieux ! » is what they said. She's 77. He's 82.


Now I'm a petit vieux too. You know what petit means — and vieux means "old" as an adjective, or an "old person" as a noun. Des petits vieux are "little old people," in other words, on the model of  "little old lady." LOP, not LOL. 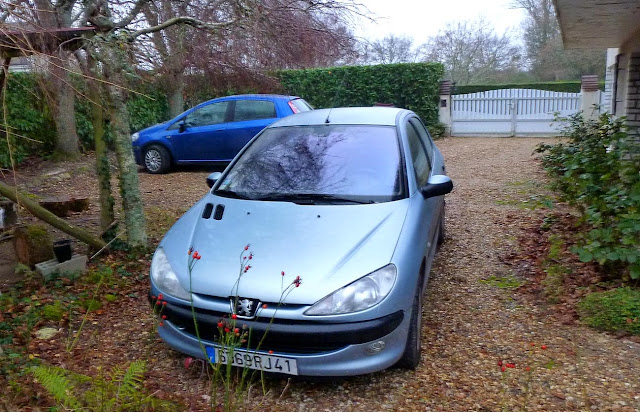 Here's my Peugeot and the Fiat Punto that we rented to stand in for it this past week.


The mechanic insisted on explaining what I need to do even after I told him that I understood the problem: Je conduis comme un petit vieux. (I drive like an old codger.) To get the car engine into better working order, I have to pour some fuel additive (which he supplied) into the tank and then drive the car really hard for a week or two. Then it will be ready to pass inspection in January.


"Your car has a high-performance two-liter engine in it," the mechanic said. "You should take it out and put it through its paces." He said to drive up hills, and we tried to think of some steep hills in the surrounding area. It turns out that there aren't that many. 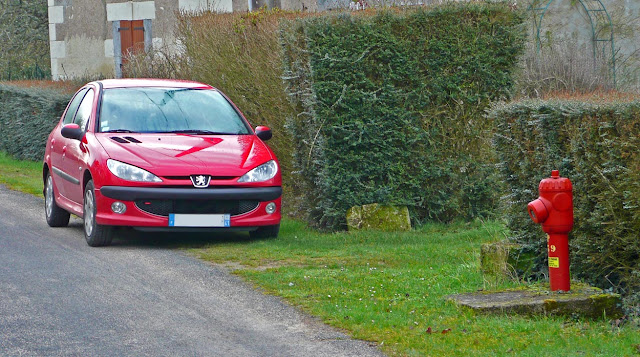 
Walt and I are trying to decide where to go. We can stay local and drive really fast in third gear up any hills we can find to get the engine hot and blow out the carbon. Or we can go on a trip on the autoroute and drive really fast and far in fourth gear — the speed limit is 81 mph (130 kph) — until all the carbon is burned off. Any ideas where we should go? Remember, we have to take the cat and the dog with us.


Reminds me of the old joke about the grandmother who started walking five miles a day for her health. Her children and grandchildren had no idea where she had got to.
Posted by Ken Broadhurst at 07:30