I had an appointment with the dentist yesterday. It's a long story, and it ended up being just a routine visit.


Our first dentist in Saint-Aignan, Dr. Christian Bigot (seriously — [kree-STIÃ-bee-GOH] — Bigot being a very common family name around here) retired a couple of years ago. (His wife's name is Christiane Bigot, and she's a pediatric dentist.) There are three other dentists in town, but two of them have very long lead times (3 or 4 months) for new patients. If you have a dental problem, or think you do, that's a long wait. 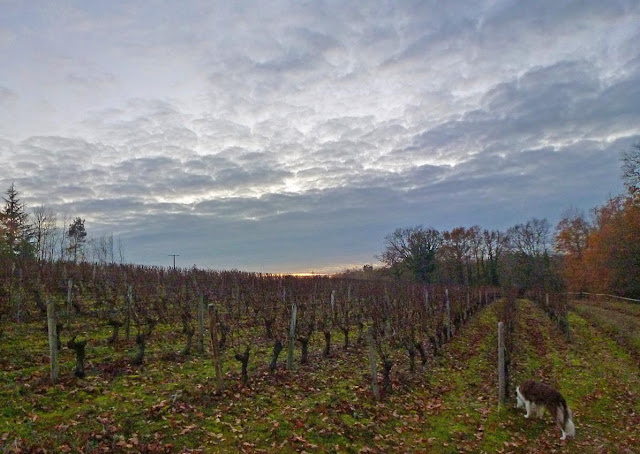 Callie in the vineyard at sunset
The photos in this post have nothing to do with the text...


So by default, Walt and I have ended up making appointments with the third dentist, whose office is right off the market square in town. She has a decent reputation, as far as we can tell, but she's very brusque and works so fast you are in and out of her office before you get a chance to ask any questions. You end up wondering if she's being thorough at all, or if she's just trying to see as many patients as she can in a very limited time.


This was only my second visit, so I'll reserve judgment.


Back when in lived in Paris 30 years ago, I had a very bad experience with a dentist, so I'm suspicious. I don't know why I should be, because I also have had very bad experiences with dentists in the U.S. — as well as very good ones. The man who was my dentist in San Francisco for nearly 20 years was fantastic. I also liked Dr. Bigot here in Saint-Aignan, and I'm sorry he retired. 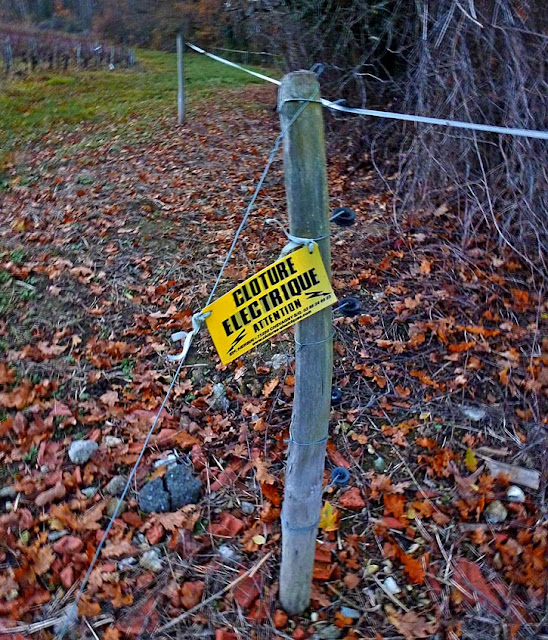 Electrified wire fencing helps keep deer out of the vines


To make a long story short, I was very impressed with the new dentist yesterday. She seems to have state-of-the-art dental equipment — or maybe in the ten years we've lived here I've lost touch with the practices and the equipment used in the modern dental profession.


I needed to have a couple of x-rays. I was amazed how easy it was. My dentist in SF used to aim a bulky ceiling-mounted camera on a long arm at my jaw while I held a piece of film in place behind the teeth he was going to x-ray. He would leave the room while the camera made a loud buzzing sound as it took the picture (the dentist was worried about repeated exposure to radiation, I guess).


This time, in this tiny office in Saint-Aignan, the dentist pointed a little digital-camera type device at the side of my face and the x-ray image popped up on a computer screen that she and I could both examine. There was no waiting, and no holding up of tiny negative images toward the light — no squinting to see what they revealed. The image on the computer monitor was big, clear, and bright.


Is that equipment that all dentists use nowadays? 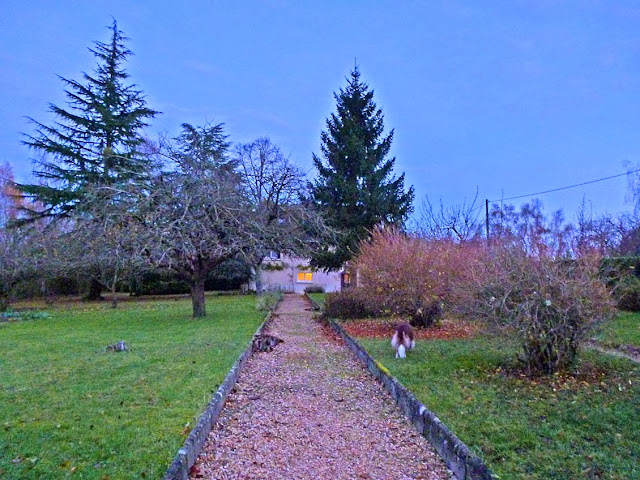 
Luckily for me (I think), the x-rays didn't turn up any problems. I thought I might have a cracked filling, but the dentist said I don't. "You're American, aren't you?" she asked. Yes. "So you know all about dental floss and mouthwashes, right?" Yes, I said. Then she sent me on my way, with a smile.


The fee for such a visit? Twenty-one euros, or less than 30 U.S. dollars. I'll get a good portion of that reimbursed by the French national health service.
Posted by Ken Broadhurst at 07:30