I did actually get to have a summer vacation this year, despite all the varnishing and painting and planting and harvesting. I got my vacation thanks to CHM, who asked me to be his chauffeur for a week. He rented a car and we drove up north of Paris, to the town Péronne and the cities of Amiens and Rouen. 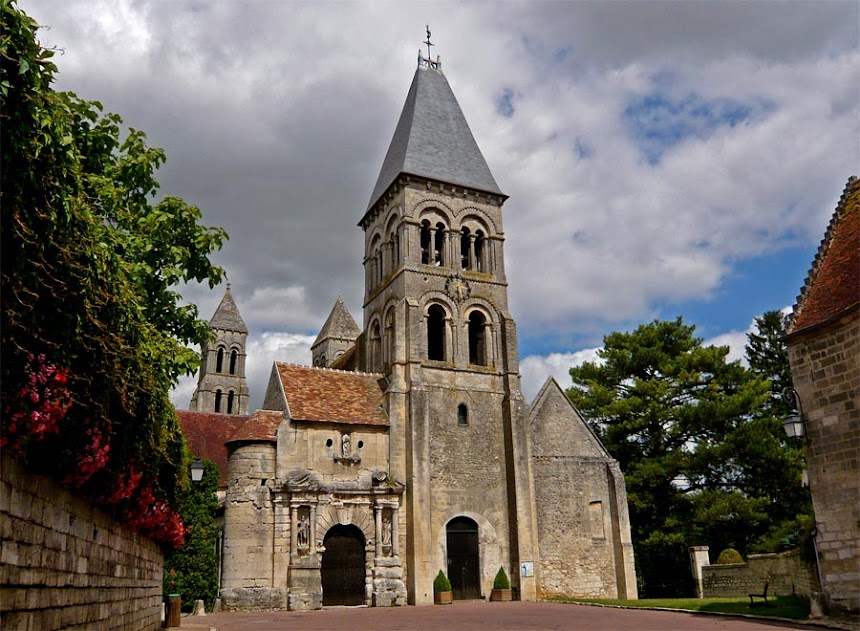 L'Eglise abbatiale de Morienval, an hour north of Paris
Photo source: Wikipedia
We saw a lot of churches. The first one was an old abbey church called Morienval. Its existence was unknown to me, but CHM knew about it. The church in Morienval was built in the 11th and 12th centuries and was originally one element of a larger monastic complex. 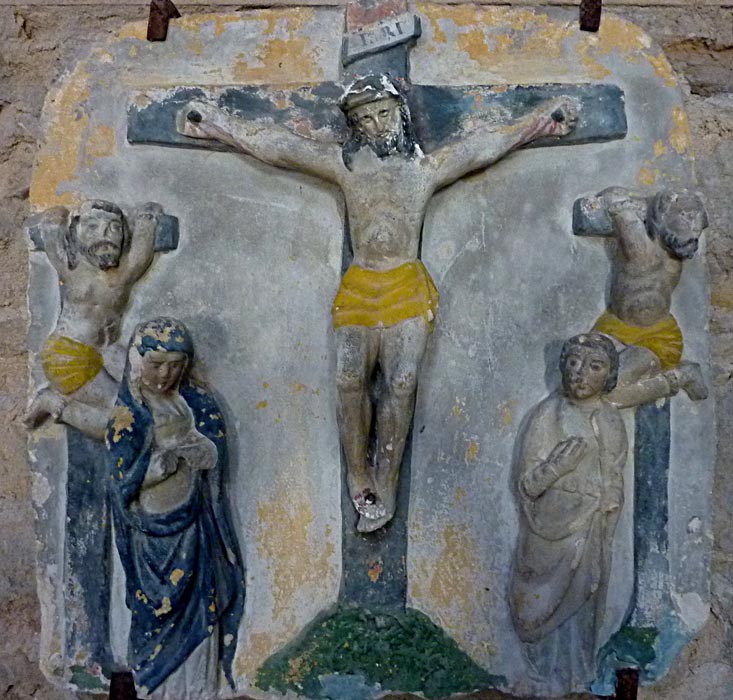 The plaque next to this work said it dates from the late 1500s
and was an example of « art populaire ».
The abbey was founded in the 9th century by a group of Benedicine monks. Other buildings existed but were demolished over the centuries. The church we saw is what remains of the complex. It is a structure that shows the beginnings of the transition from Romanesque to Gothic style. I'm not an expert, and there isn't a lot of easy-to-find information on the web. 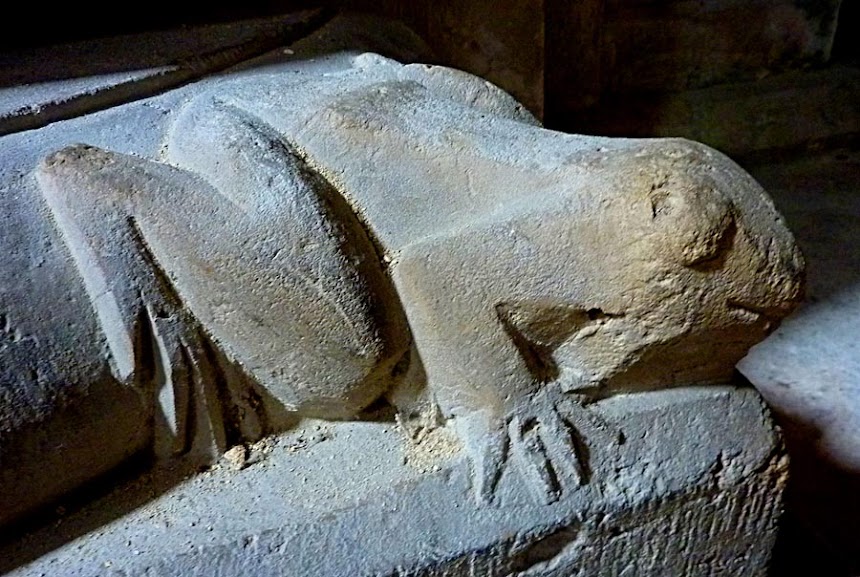 I liked this frog that I saw at the base of a pillar in the church.
When we got to Morienval (pop. about 1000) we went to a house up the road from the church and rang the bell to get the key to the church. That's what it said to do in the Michelin guide. A woman came out and asked CHM for an ID card, which she held as security during the time that he kept the key. An Italian couple who seemed to speak neither French nor English walked up as we were there, and they came to see the church with us. 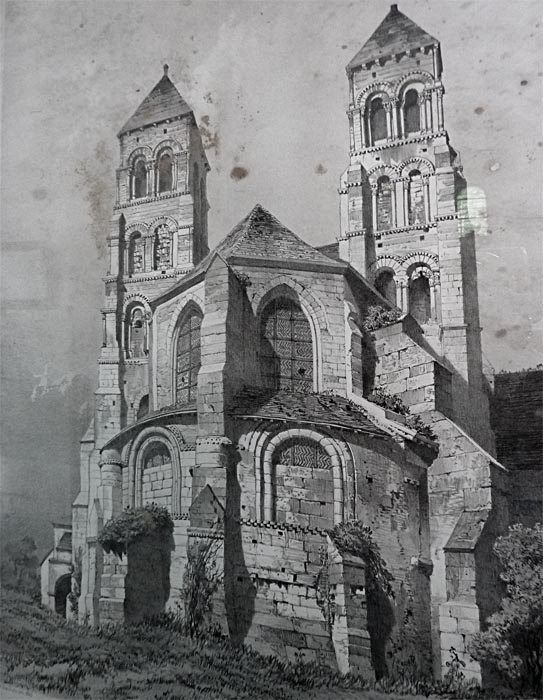 Morienval
The woman asked us to make sure nobody was inside the church when we left and then to lock the place back up. If there were people in the church with us, she said, tell them to come with you when you return the key. Then they can take it, under the same rules, and go back to look around some more.

We spent about an hour looking around. The Italian couple didn't stay that long. Nobody else came along. We had the place to ourselves, mostly. As always, we took a lot of pictures. 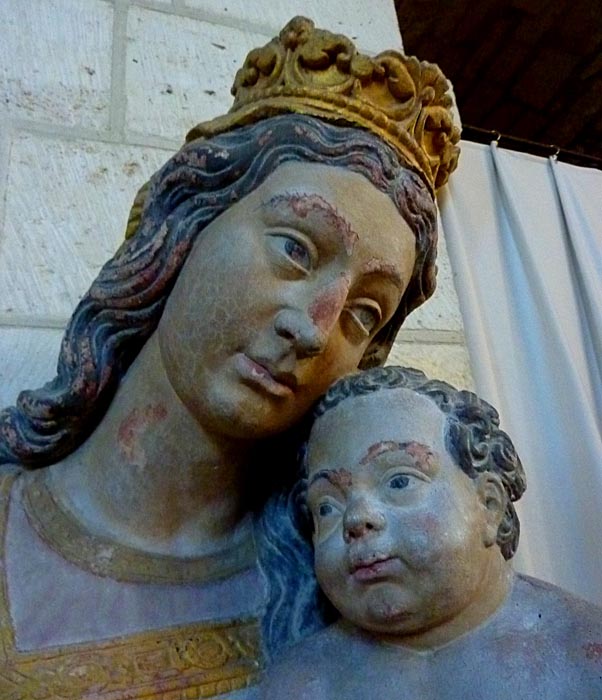 This virgin and child is from the mid-1500s,
according to the plaque. 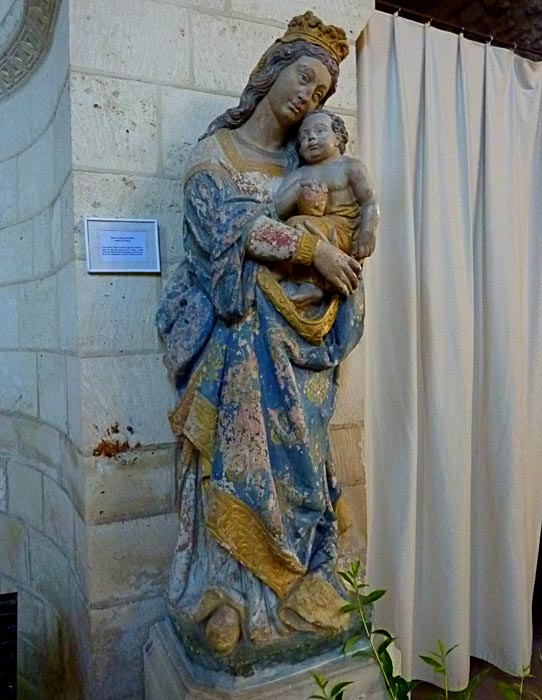 "Notice that the Christ child holds in his hand an apple,"
the plaque said, "the fruit of the tree of Knowledge,
also known as the tree of Good and Evil."


There were several nice examples of polychrome statues, in wood and in stone, all around the interior of the old building. Nowadays, we don't think of such statuary as ever having been painted, but it was. Most of the pieces I took pictures of date back to the 16th and 17th centuries — so they are fairly "modern," in fact.
Posted by Ken Broadhurst at 07:50