Going to Amiens to see the cathedral

It was July 21. We drove northwest from Rancourt — site of French, German, South African, and British WWI battles and cemeteries — up the valley of the Somme River. "Valley" is probably an overstatement. The land is fairly flat but with some high and low points. CHM said he had read that the Somme follows only a very gradual slope on its way to the sea.

In fact there are many places where the river spreads out to form wide lakes. People sit with their poles fishing along the edges of them. Most of the buildings are built out of brick, and many are of fairly recent construction, since the area suffered such extensive destruction in the three wars — 1870, 1914, and 1940 — France and its allies were forced to fight with the Germans on French territory. 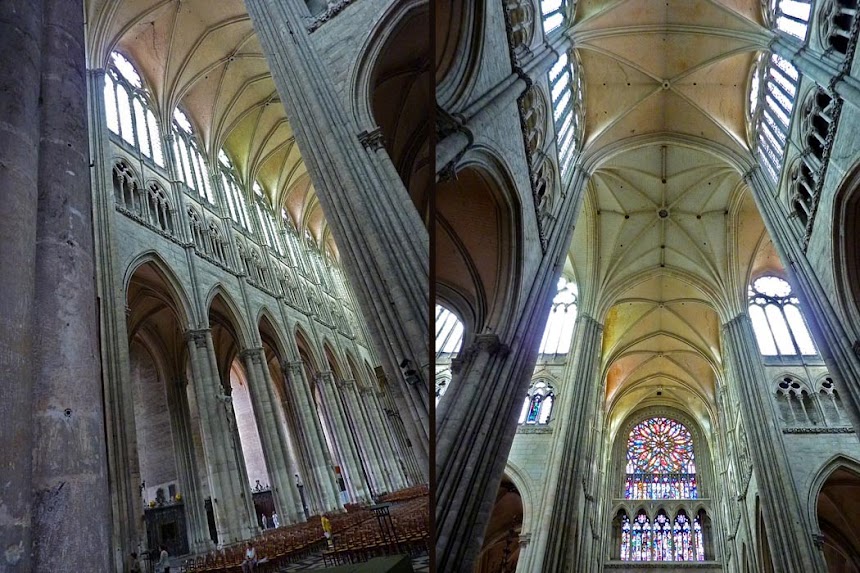 The Amiens cathedral is dizzyingly vast.
Amiens was our destination. I wanted to see the cathedral. It was one of the few great Gothic cathedrals in France that I hadn't ever seen. Chartres, Rouen, Reims, Paris, Laon, and others have been on past itineraries. Now Amiens. They say the cathedral in Amiens is so enormous that two churches the size of Notre-Dame de Paris would fit inside it. That's hard to conceive of. Amiens is about two hours north of Paris by car. 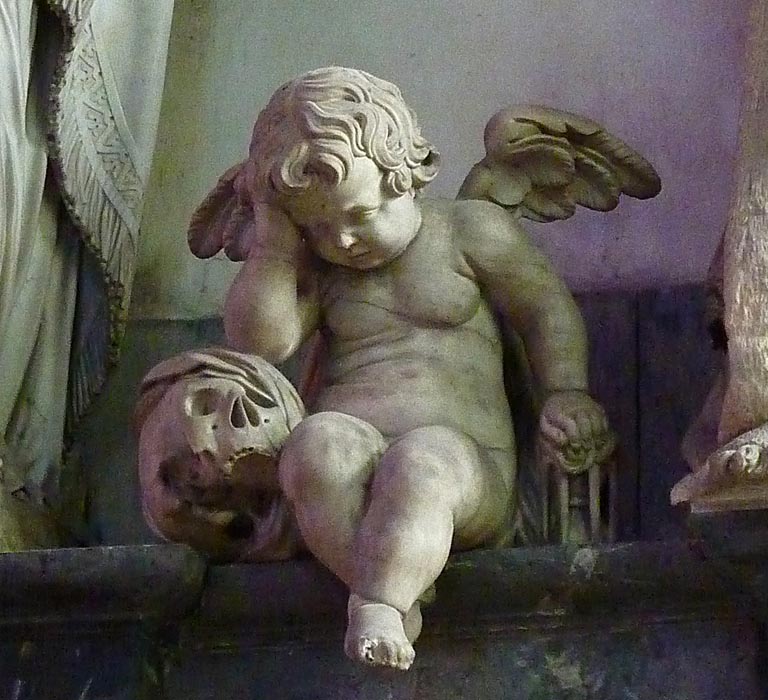 One of the best-known sculptures at Amiens
is "The Weeping Angel" (1636).
Years ago, I was visiting friends in Rouen. They asked me if there was anything special I wanted to do or see while I was there. I told them I would like to go see Amiens cathedral. It's not much more than an hour's drive from Rouen, I thought — about 75 miles. My friends looked at me like I was crazy. It was as if they thought Amiens was at the ends of the earth. In China, maybe, or Australia. They had looked at me the same way, once, when I said I'd like to see Le Havre. 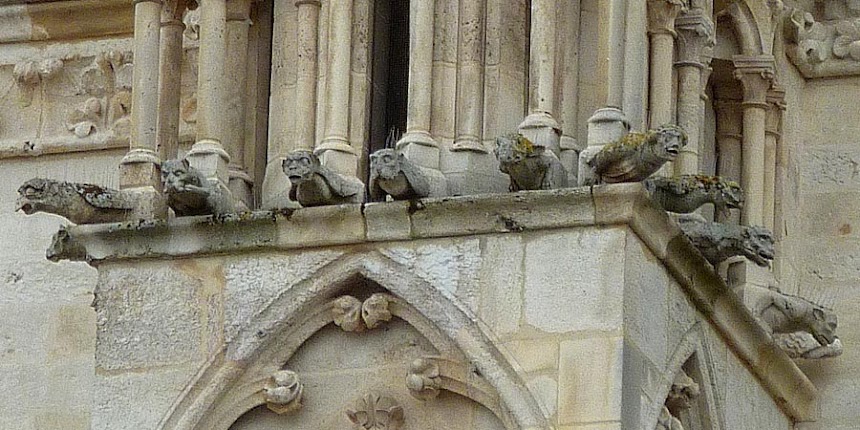 Gargoyles at Amiens
When CHM and I got to Amiens, we didn't really look at a map. We just looked for the cathedral towers on the skyline and headed that way. Maybe that's why it took us so long to actually get there and find a place to park the car. All the streets seemed to be one-way, and most all of them were going in the wrong direction. What few parking spaces we saw were already occupied. We needed to park close to the cathedral, because a long strenuous walk was out of the question. 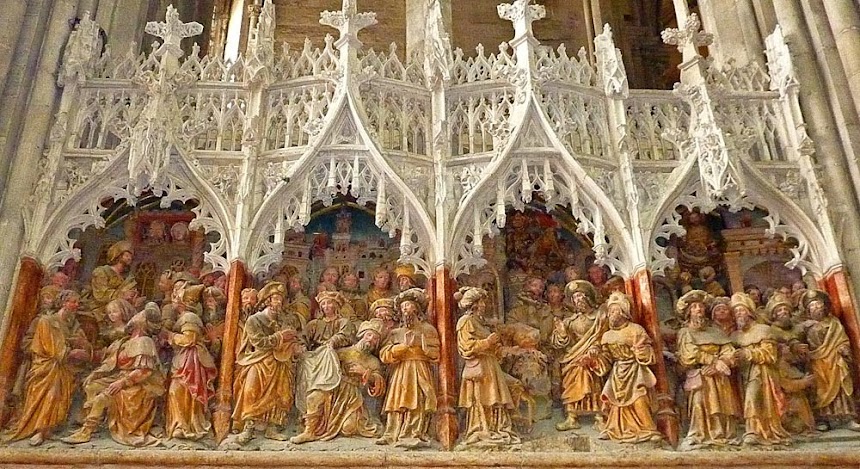 There are dozens of elaborate sculpted and painted scenes
like this one in the cathedral at Amiens.
We were so close at one point! There was the cathedral, and there was a little parking lot. Unfortunately, there wasn't a space to be had in the lot. We were forced to drive on, and that's when the one-way streets really took their toll. Before we knew it, we were back on grand boulevards far from our destination, and we were looking for directional signs that might get us close to the target again. We saw a lot of Amiens. 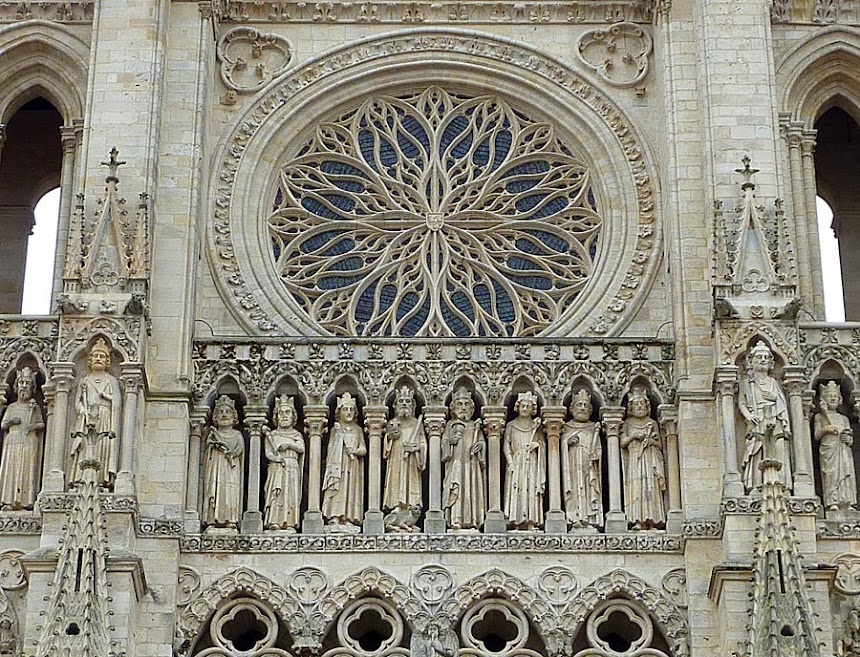 The ornate west façade of Amiens cathedral
We found them (the signs) and we found it (the cathedral) again. And just as we drove up to that little parking lot, a car was backing out of a space. We had lucked out. But for that, we might have had to leave Amiens without seeing the cathedral but from a distance. 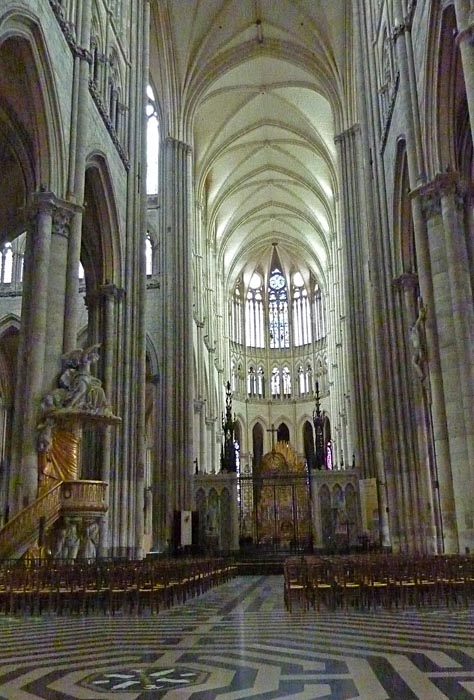 The labyrinth at Amiens cathedral
The cathedral at Amiens is so big that it is very difficult to photograph in any satisfying way. I've read that it's the largest church in France, as measured by its interior dimensions. It is also the archetypical example of the Classical Gothic style. It was built between 1220 and 1280 on the site of several earlier churches, most of which had been destroyed by fires caused either by lightning or warfare. 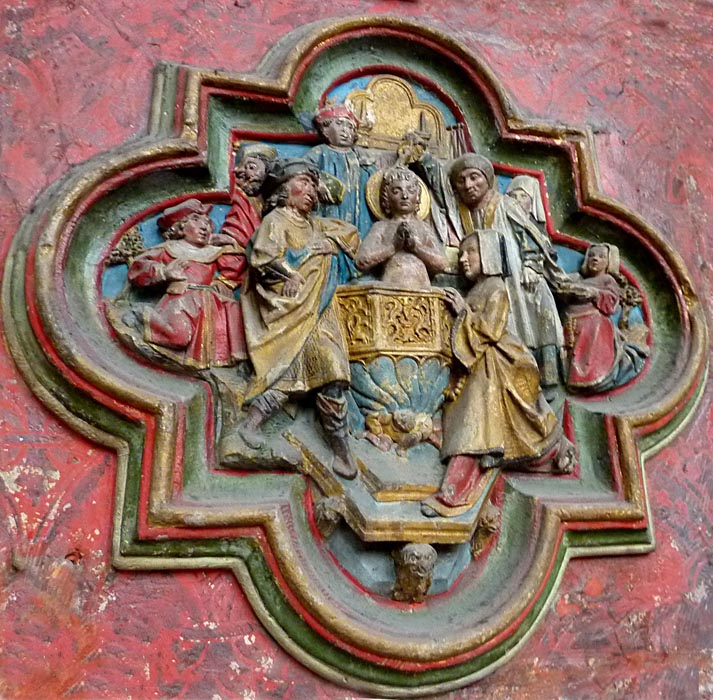 Colorful interior decorations tell stories
Additions and improvements to the original cathedral continued over the next two or three centuries. In the late 1400s, one of the building's architects realized that the whole structure was in imminent danger of collapsing. Part of the huge Beauvais cathedral, not far south of Amiens, had come crashing down a couple of decades earlier. 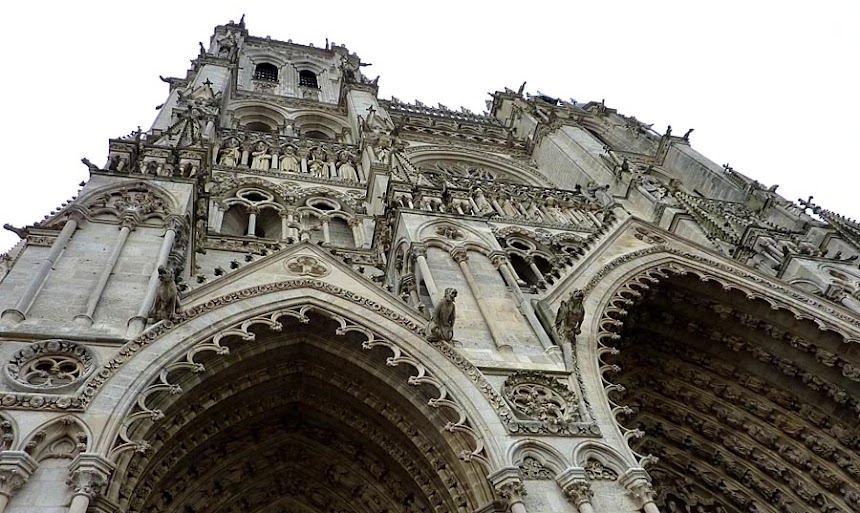 The west front of Amiens Cathedral
At Amiens, the flying buttresses and the interior pillars were not strong enough to support the weight of the vaulted ceilings long-term. Part of the solution was to encircle the whole structure with heavy iron chains on the upper level to keep its supports from bulging and buckling. It worked, and the bracing chains are still in place today. 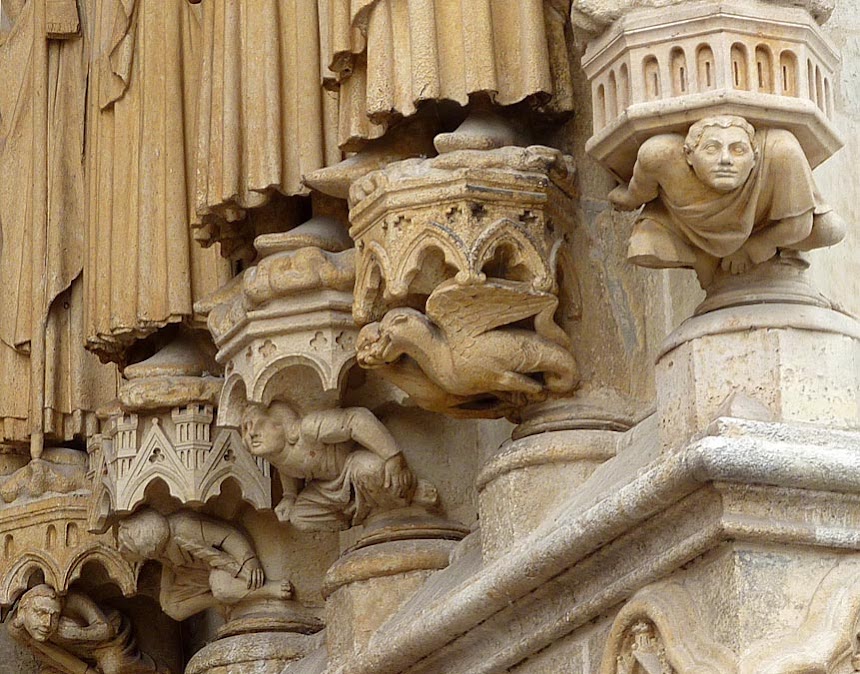 Sculpted figures on the façade
The photos I'm posting give some idea of the scale of the cathedral building, and show some details of its interior and exterior decoration.
Posted by Ken Broadhurst at 07:40