As I said yesterday, when we aren't painting the walls upstairs, we're busy in the kitchen, trying to cook and preserve some of the summer squashes that are coming out of the garden in abundance.

I can't say I made these patty-pan squash "daisies" ("sunflowers"?) yesterday, because the whole process took several days. First I had to blanch the patty-pans in boiling water and scoop out the flesh. The squash were big ones, so the blanching had to be done in three batches. As the squashes cooled, I scooped out the flesh and seeds to make each into a kind of dish that would hold a stuffing. 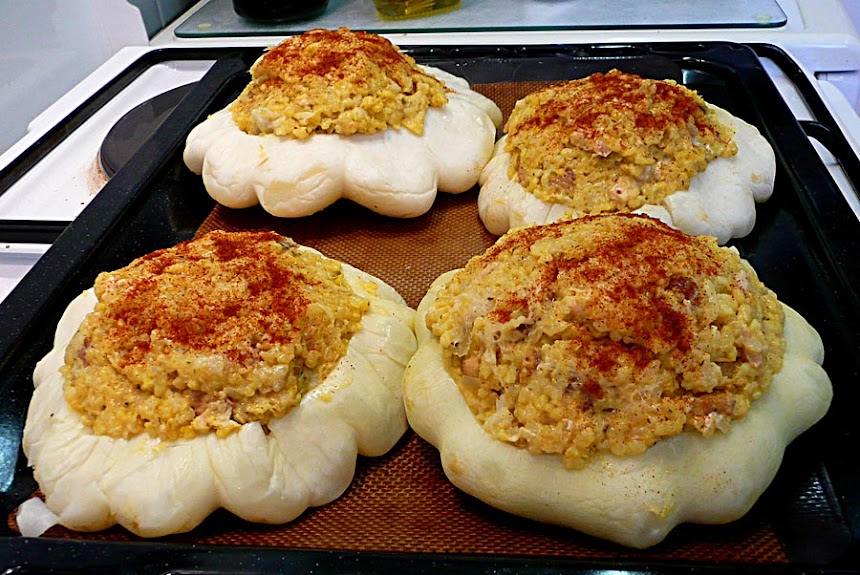 Another idea for stuffed patty-pan squash
Then I cooked rice. I used two cups of raw round rice, cooked in four cups of water. In a separate pan, I sauteed onions, garlic, and some smoked pork lardons. I stirred the cooked aromatics and pork into the rice while it was all still warm, adding some salt, pepper, and dried herbs. Then I thought it would look better if the rice was yellow, so I stirred in some turmeric (curcuma in French).

The hollowed-out patty-pans and the stuffing mixture spent the night in the refrigerator because it was getting to be late in the day. I put the scooped-out squash pulp and seedsi into a tall pitcher, and, working in batches, pureed it all with a stick blender. The seeds were tender, and the puree will make a good squash soup on a cool fall day, with some cheese melted into it. It went into the freezer. 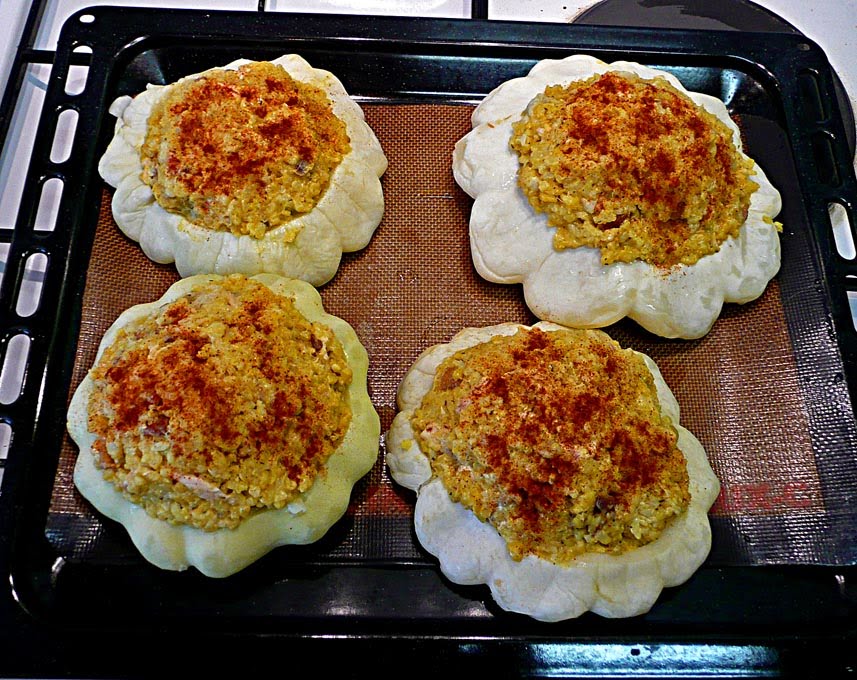 They do look a little like flowers — sunflowers, I guess,
or daisies because they're white and yellow.

But back to the squashes themselves. The last thing to do is to beat three eggs with half a cup or more of heavy cream (crème fraîche). Stir that mixture into the rice stuffing. Optionally, you can add some chopped cooked chicken to the stuffing, or other ingredients as you see fit — chopped sun-dried tomatoes, diced green or red bell pepper, corn, or green peas, for example. You can also add some of the squash pulp and seeds (before pureeing). Sprinkle some paprika on tip before baking. 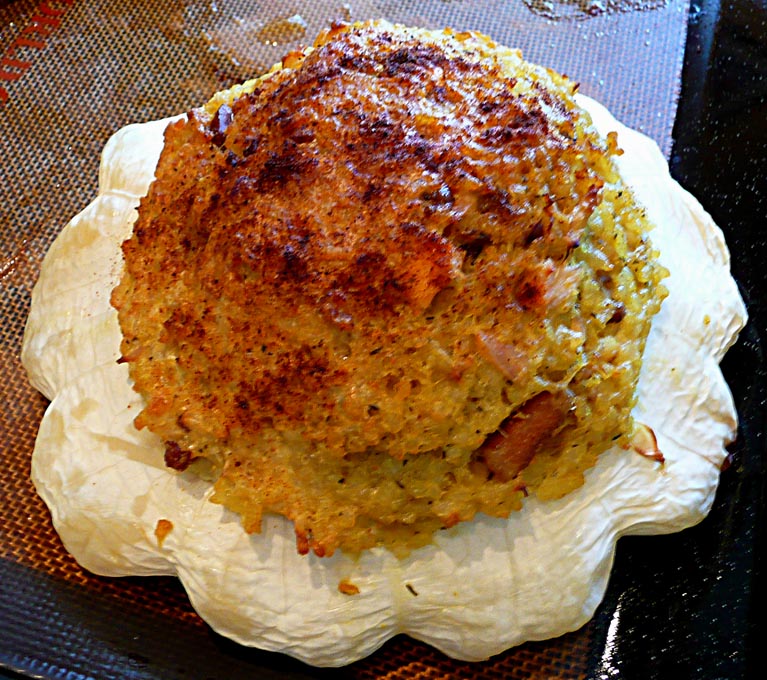 Here's one right out of the oven.
Mound up some stuffing in the hollowed-out patty-pan squashes and cook them in a moderate oven for 30 to 45 minutes, to make sure the stuffing is cooked through. Each big squash will make a meal for two, or at least a big side dish for two. I'm sure they will be good with some tomato sauce or cheese sauce this fall and winter.

Another classic summer squash idea is battered, deep-fried zucchini. Frying is kind of a messy operation, but the result is good. Cut up a zucchini or two into three-inch strips. Put the strips in a colander or sieve and salt them well. Let them "sweat" and drip for 30 to 45 minutes to remove a good amount of their eau de végétation, as they call it. There's no need to rinse them before cooking. 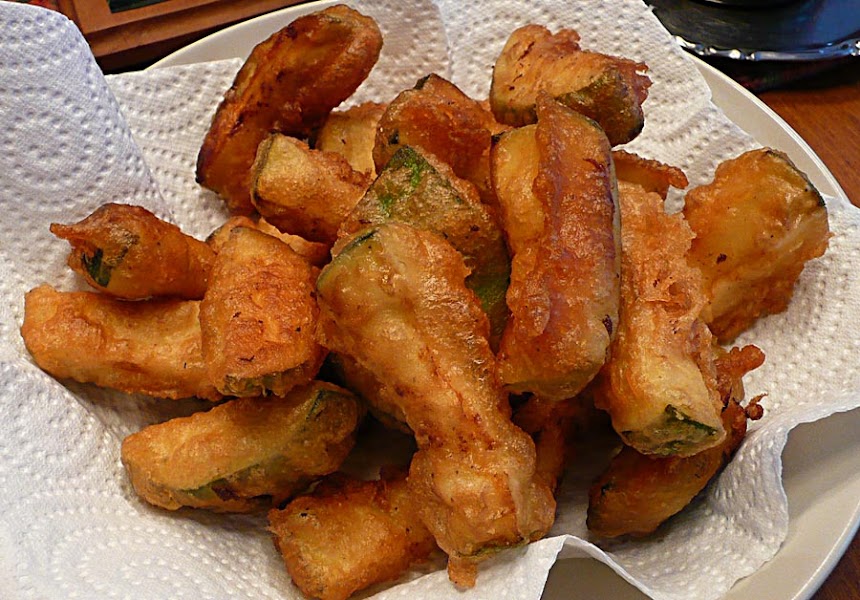 Deep-fried zucchini strips
Make a batter by mixing about ¾ cup of flour into one cup of bubbly mineral water or beer. Add flour gradually to get the consistency you want. Season to taste but remember the zucchini strips are already salty. Dredge 8 or 10 zucchini strips in flour, dip each one into the batter, and, with a fork or tongs, carefully drop each strip into moderately hot vegetable oil. Turn the strips in the oil as they cook to brown them well on all sides.

Take the zucchini strips out of the oil and drain them on kitchen toweling. Serve hot with the sauce of your choice — soy sauce or mayonnaise would be good.
Posted by Ken Broadhurst at 07:35