Luynes looms over the valley

Last Friday CHM and I drove over to the west side of Tours, a good hour from Saint-Aignan, to see some sights over that way. I also planned a stop in Bourgueil to see Amy and Laurent for a minute, and to buy some good red and rosé wine in their village.

The first stop CHM and I made was in the little town of Luynes, just outside Tours on the north (or right) bank of the Loire. There's a château in Luynes that dates back to medieval times, and it sits on a high rock bluff above the town, with views out over the Loire river valley. Luynes is not nearly as well known as nearby castles like Langeais, Villandry, Ussé, and Azay-le-Rideau. 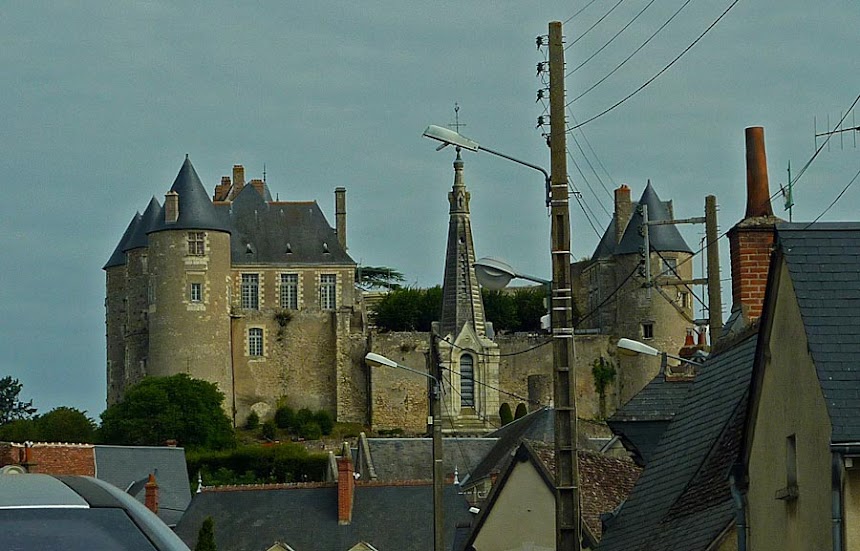 The château at Luynes sits high above the rooftops of the town.
Being less well known is definitely an advantage where tourists like CHM and I are concerned. We had the place to ourselves, basically. In contrast, we made a stop later in the day in front of the château d'Ussé, on the other bank of the Loire, and it was a zoo. Hundreds of cars were parked in a lot across the street, and crowds of people were trudging toward the entry to the so-called "Sleeping Beauty" castle with children in tow. It was hot and dusty, and the kids were cranky. It felt like Disneyland on a bad day. 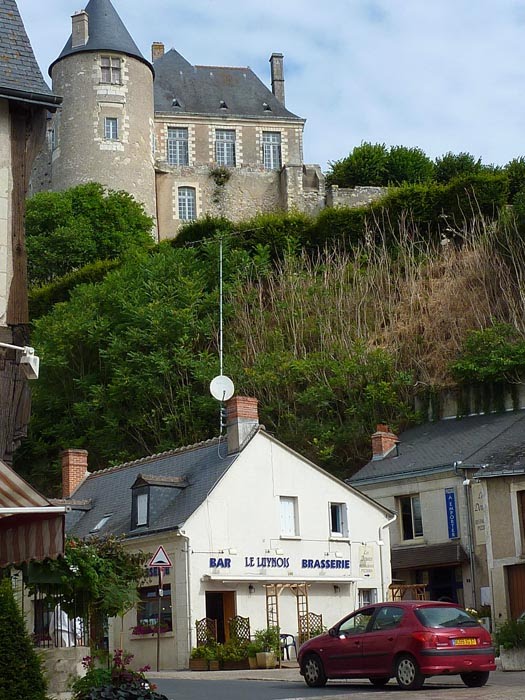 The main place in the town of Luynes
Luynes, however, was quiet and peaceful. On the 11 o'clock guided tour, there were exactly two paying customers — not me and CHM, because we are not big on guided tours. We just walked around the park and the interior courtyard of the castle complex, leaving the tour of the interiors for another day. I'm sure Luynes is a place I will go back to, and probably soon. 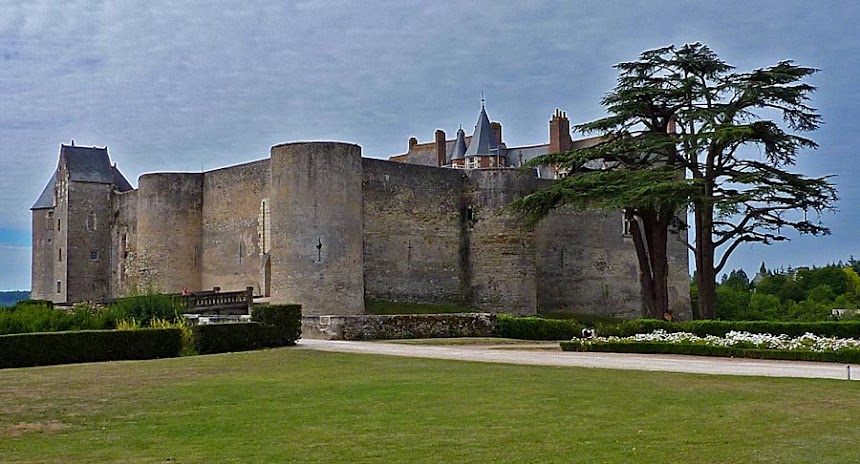 The old château-fort is just slightly forbidding.
The defensive walls and ramparts of the château de Luynes date back as far as the 1100s. The place is pretty forbidding, seen from above and behind. Changes and new buildings over the centuries added windows and gardens, with magnificent views, making the place a pleasant place to live. Only three families have owned and lived in the château de Luynes in its 900-year history. 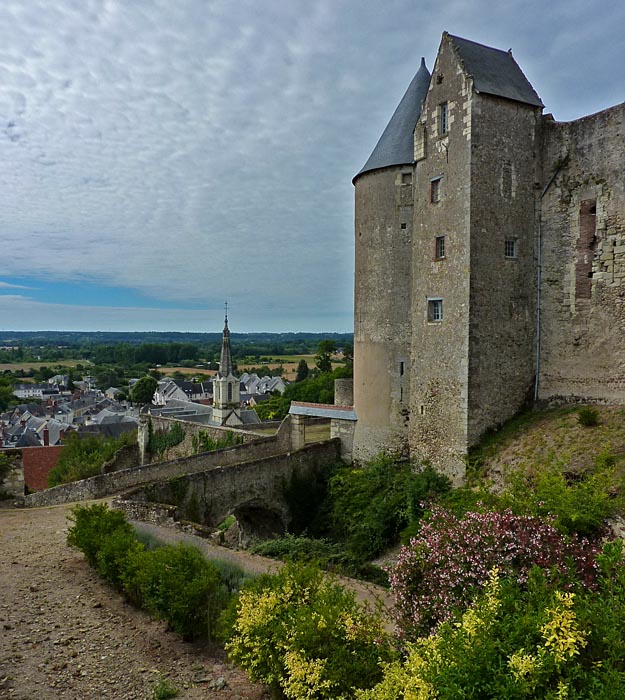 There are great views out over the town and the river valley.
When we arrived, a gardener out in the park was having a conversation with a youngish, pregnant woman about his work. The woman had two small children with her. She was wearing a dress, but was definitely not dressed up, made up, or fancily coiffed. She could have been anybody on the street of any little town in the Loire Valley. 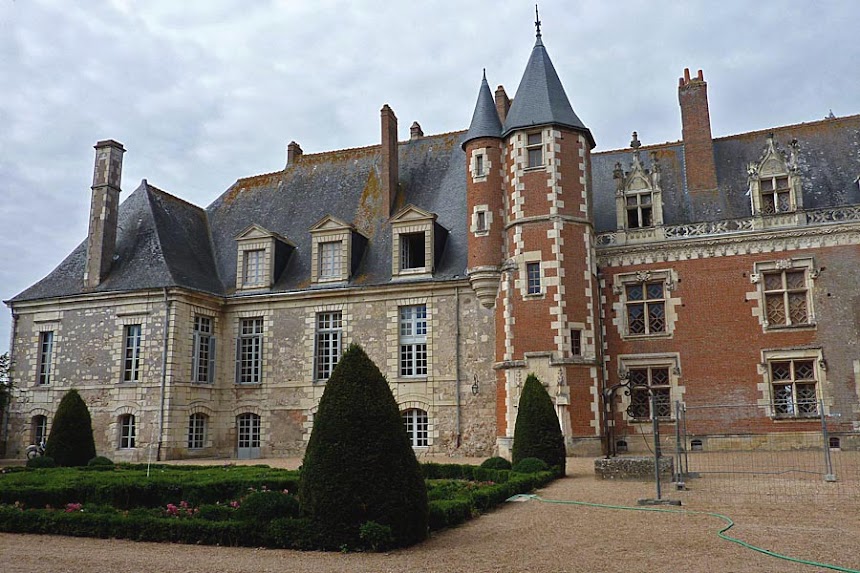 Inside the walls, there's a comfortable-looking residence.
I couldn't hear much of what this young woman and the gardener were saying to each other. But at one point, I heard the gardener say something like, "Well, if that is what Monsieur le Duc wants me to do, then I'll do it right away." A few minutes later, I saw a big black Land Rover SUV pulling out of the château courtyard. I couldn't see who was driving it, but I wondered if it was the duke. And I wondered whether the pregnant woman was the Duke de Luynes' daughter or his wife.
Posted by Ken Broadhurst at 06:37