Morienval is a town in the Oise département in France, less than a 90-minute drive north of Paris and about 20 km/12 miles south of the big town of Compiègne. I was there in July to see the old abbey church, on my way with a friend up to the WWI battlefields of the Somme. The pictures in the this post are of the Morienval church. See my post yesterday for more.

Meanwhile, here in Saint-Aignan it's September. I guess that's true pretty much everywhere. The weather yesterday was beautiful, but the wind was definitely nippy. Jean and Nick of A Very Grand Pressigny stopped by in the afternoon for a cup of coffee and a chat. They came on their motorcycles from Le Grand-Pressigny, which is about an hour's ride. 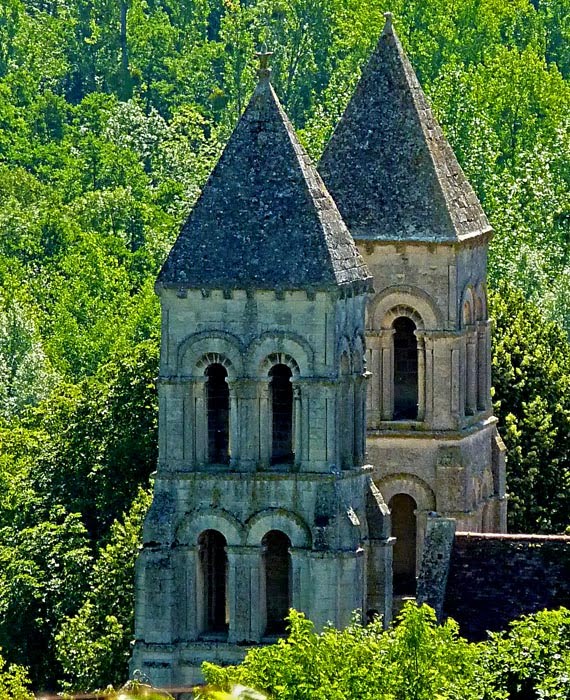 The unusual rear twin towers of the church at Morienval

Jean said the weather was nice but in her opinion a little "back-endish" — meaning the same kind of thing they mean in French when they talk about the « arrière-saison » — the "back" season. It's the end of the summer, and you can feel it in the air. It feels like fall. 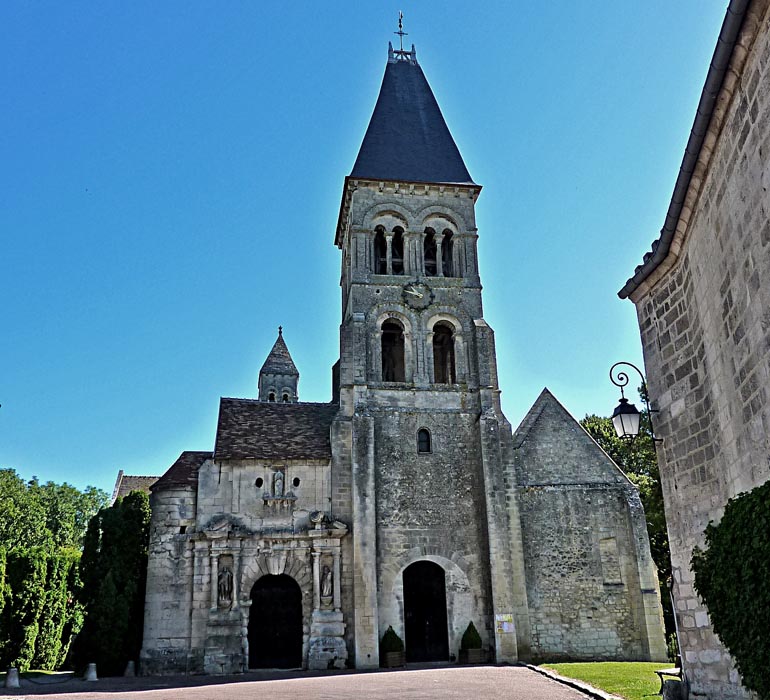 My photo of the Morienval church

I don't yet want to make a big deal out of it, because there is still a good amount of touch-up work to be done, but we actually finished painting the new upstairs space yesterday. We'd been working on it for a month. We won't really celebrate until the floor is cleaned and we've moved furniture up there. We also need to have the radiators re-mounted on their wall brackets and hooked up to their pipes. We're having the kind of weather that makes you think about the rapidly approaching day when you'll need to turn the heat on again.

Meanwhile, the tomatoes and eggplants are ready to harvest — at least a lot of them are. The grapes are too, I'm sure, but I haven't heard anything about the timing of the vendanges and I haven't yet seen any sign of harvesters out in the vineyard. 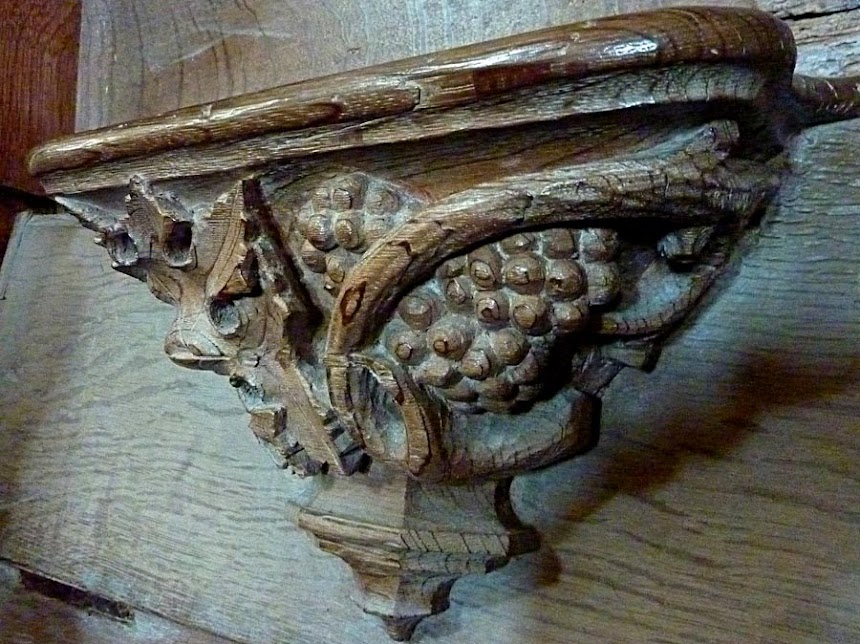 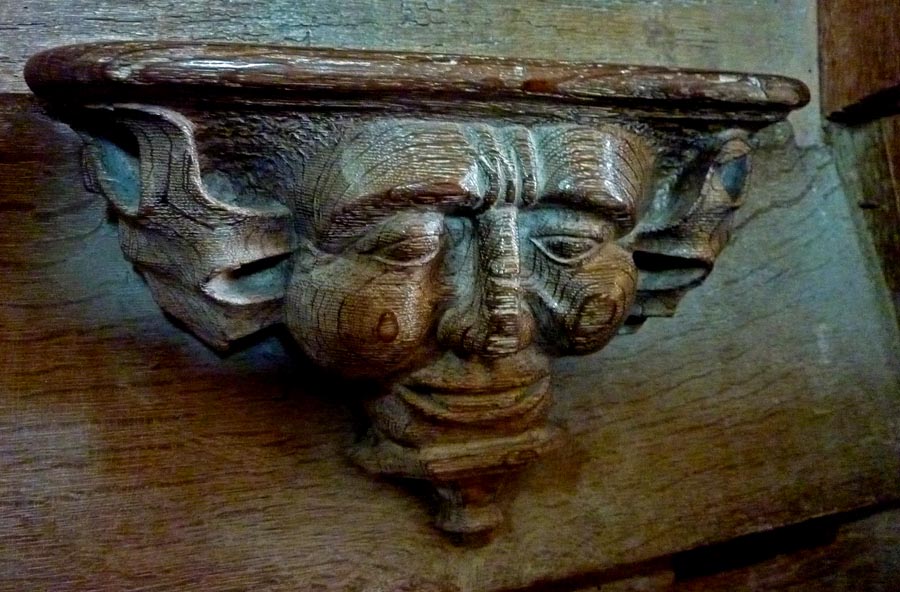 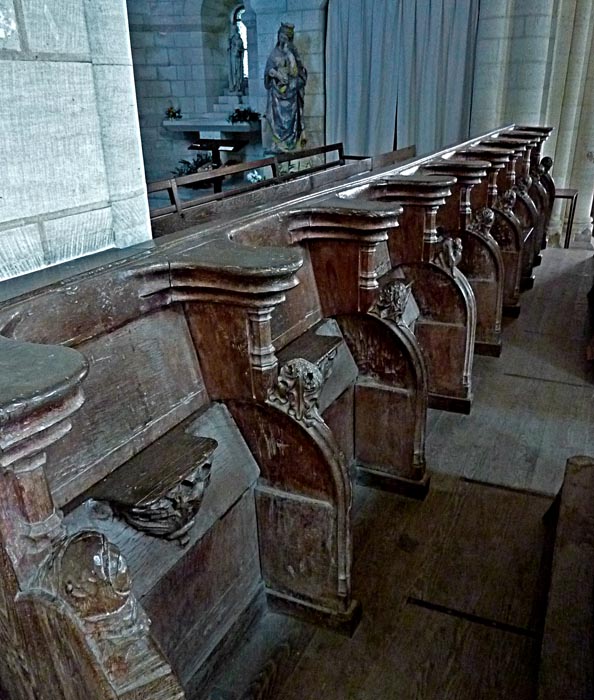 My Compaq laptop has given up the ghost, according to the people at the local computer shop. They say it's not the hard disk but the motherboard that has failed, and that didn't surprise me. The symptoms seemed to indicate that diagnosis. The good news is that the hard disk is not ruined and I can save what was on it.

What a piece of junk it was, that laptop! I bought it in the States in October 2007, so it wasn't even three years old. After one year, the wi-fi adapter failed. Tech support at Compaq said that the reason for that failure was a motherboard problem. They offered a free repair but it wasn't practical for me because I am in France. It would have cost a fortune to send the computer to the U.S. and then have it sent back to France. 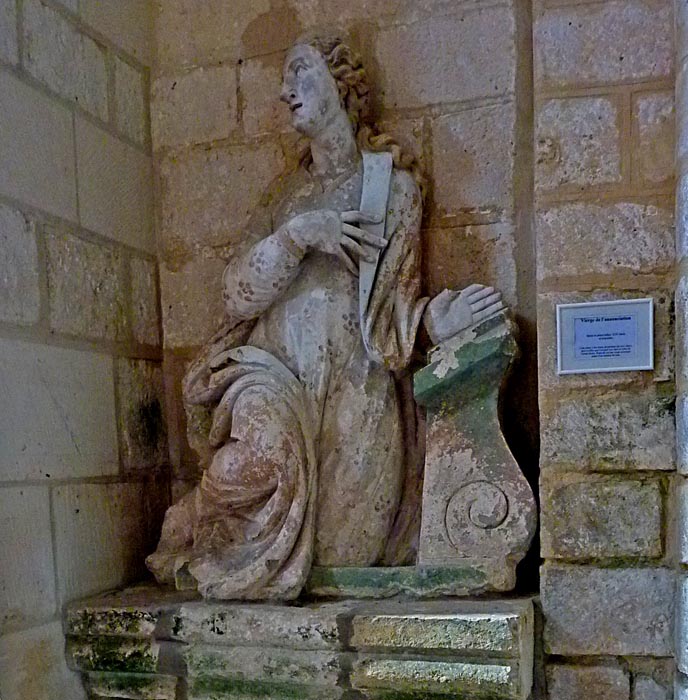 I for one will never buy another Compaq or Hewlett-Packard computer — HP owns Compaq now. It's not worth it if the motherboard is only going to last three years. The computer shop over in Noyers-sur-Cher says a repair would cost between 400 and 500 euros. That's the price of a new portable computer.

I want a laptop with an American or at least British keyboard and I'm not sure that will be easy to find in France. I don't know if you've ever tried to type on a French keyboard, but if you have you'll understand. A lot of the keys are in different locations — the M, Q, Z, A, the comma, and so on. You have to shift to type numbers and even to type a period. That takes some getting used to. 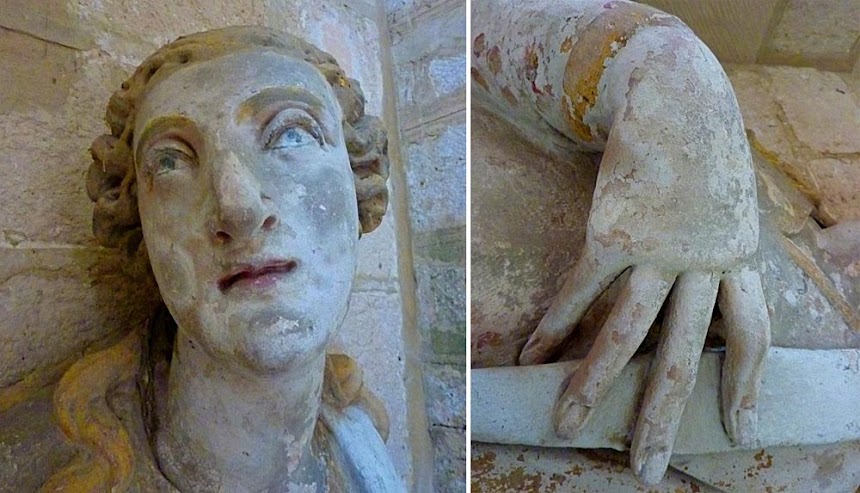 Details of the « Vierge de l'Annonciation », above

I once learned to use a French keyboard — every country has its own "national' keyboard layout — but that was three decades ago. I'm too old to start again now. After that experience — three years in Paris typing on a little French manual typewriter — I returned to the States and had to re-learn the U.S. keyboard layout. 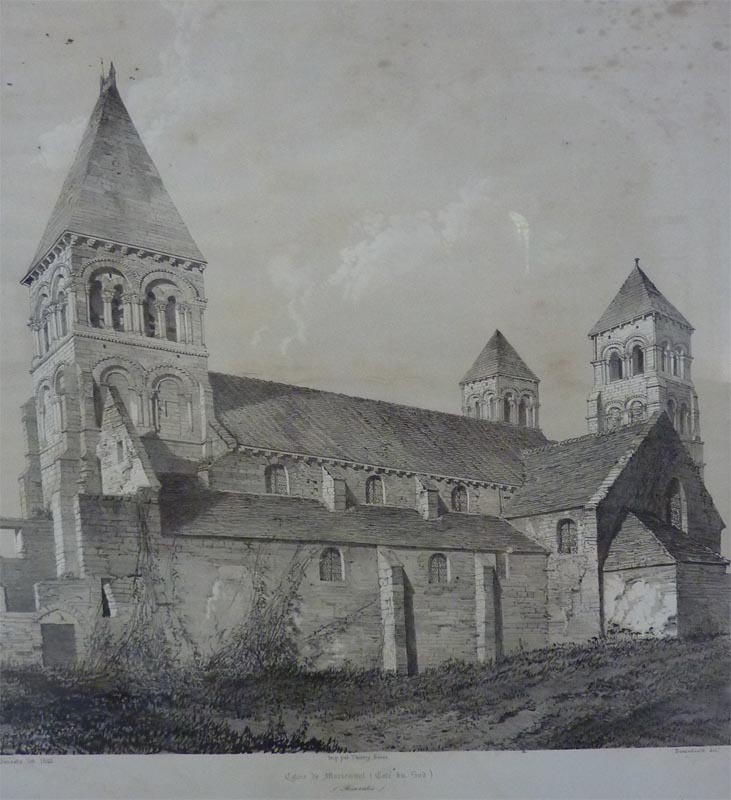 An 1840s-era print of the Morienval church

Such is life in France for this American. It's the little details that always throw you for a loop.
Posted by Ken Broadhurst at 06:45