More about Noyon and other things

It's been pouring rain this morning. I hope that's not bad for the grapes, or for our tomatoes. Walt picked a peck, at least, of tomatoes yesterday morning, but there are still a lot out there in the garden. We had a tomato salad for lunch. In the afternoon we made a big pot of tomato sauce. I bet there's a gallon of it.

As for the grapes, I was in Saint-Aignan yesterday morning running a few errands and I bumped into Jean-Noël Guerrier, our vigneron neighbor, on the street. He said the grape harvest won't start for at least two more weeks. And he told me he has discovered my blog. His brother-in-law told him he had found posts on Living the Life in Saint-Aignan in which Jean-Noël and his wife Chantal figure prominently. 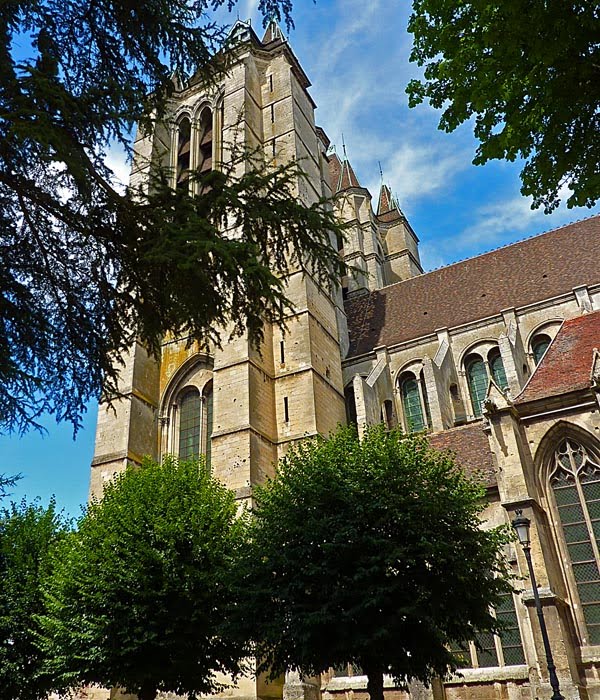 The cathedral at Noyon, 90 minutes north of Paris
This is always a little embarrassing to me, because I feel like I should have asked permission before posting their names and anecdotes about their life and work. I'm sure I've told them about the blog before, but they probably didn't really know what I was talking about. Now, via a brother-in-law, they have seen it. J-N didn't seem upset. I told him I was giving him some free publicity. 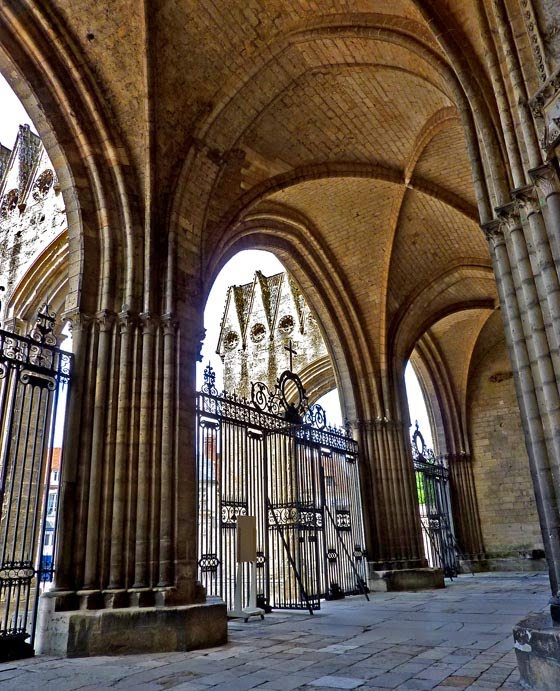 The porch at Noyon cathedral
By the way, the labor unions are calling yesterday's mobilisation a resounding success. They say 2.7 million people participated in protests against the Sarkozy/Fillon retirement pension reform plan. The government says there were fewer participants than that, but they aren't quibbling. The debate is going on now in the National Assembly and Sarkozy is to make a spur-of-the-moment public appearance this afternoon. 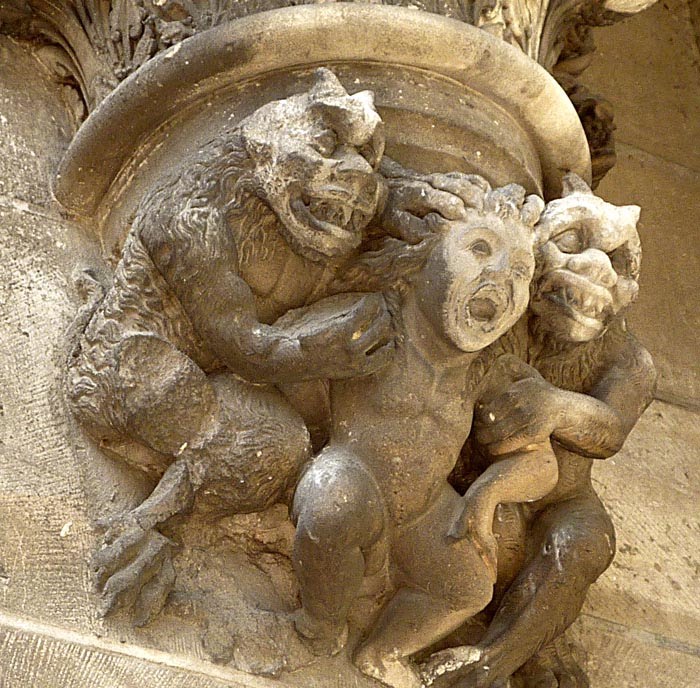 Detail seen at the ruins of the bishop's chapel,
adjacent to Noyon cathedral
All this drama and political theatre is playing out against the backdrop of the recent gypsy expulsions, Sarkozy's often fiery law-and-order rhetoric, his original campaign theme of having people "work more to earn more," and the beginnings of all the political posturing and debating that will lead up to the next presidential elections, to be held in 2012. Sarkozy is not popular, and mass demonstrations like yesterday's are a wake-up call. 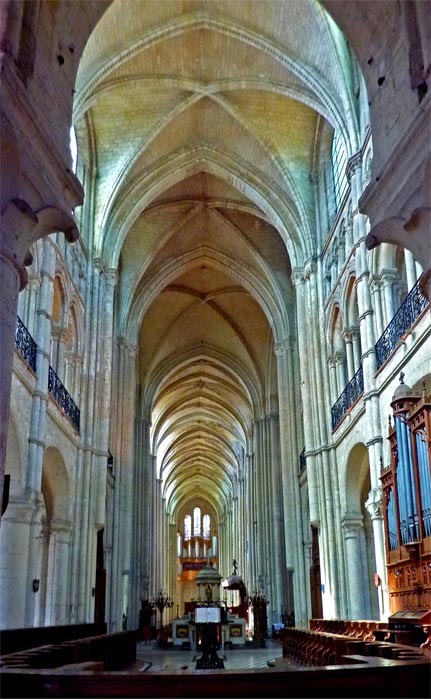 Inside the cathedral at Noyon
Meanwhile, I'm still going through photos I took in Noyon and other towns north of Paris back in July. There are some more in this post. In reading about Noyon, I've learned that the cathedral there was heavily bombarded in the 1914-18 war, and much of it was carefully reconstructed over the course of the 20th century. That kind of reconstruction and restoration of major monuments is much more the rule than the exception in France. Very little of what you see is really quite as old as it looks. 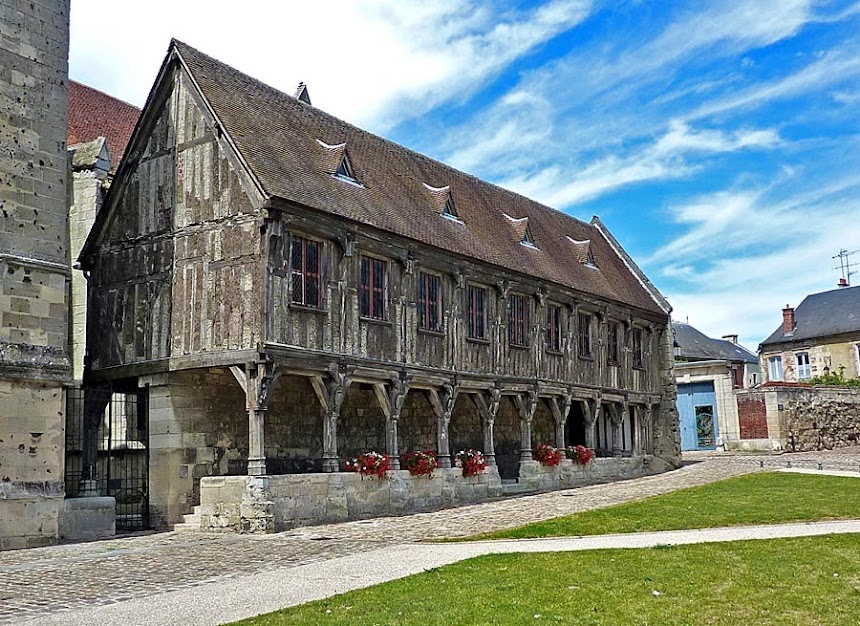 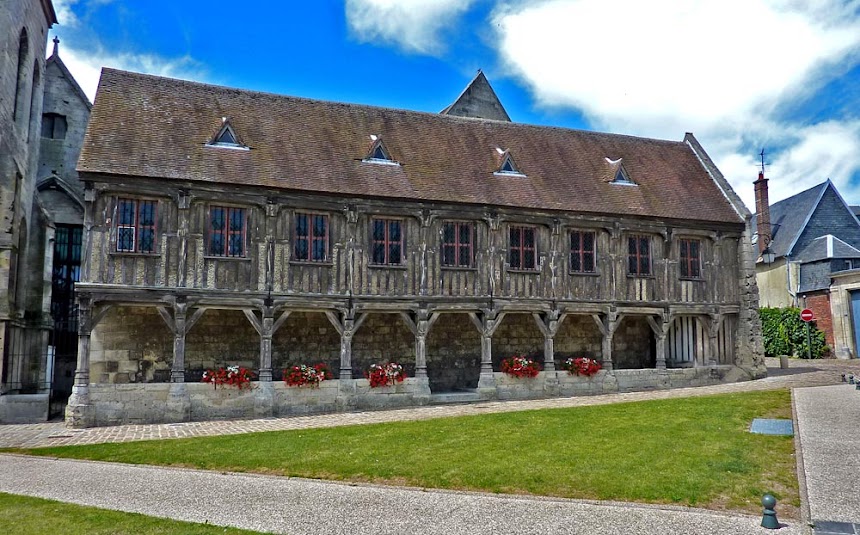 Two shots of the Bibliothèque du Chapitre in the canonical
quarter adjacent to the cathedral in Noyon
The half-timbered building attached to the Noyon cathedral might be an exception. It is in fact a library. In the Middle Ages, the bishop was served and supported by a religious community of men called "canons" (chanoines in French), who were different from monks in that they did not withdraw from the secular life in towns and cities. But they lived separately from the townspeople. At Noyon, their neighborhood, the "canonical quarter," was immediately adjacent to the cathedral. 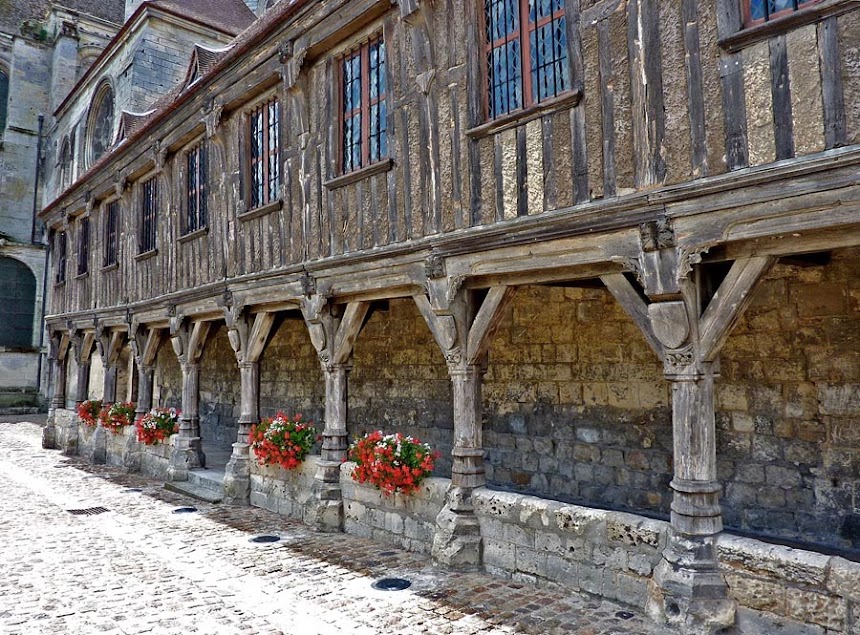 The canonical library at Noyon is
a half-timbered building dating back to 1506.
The community of canons was also known as the chapitre — the "chapter." And the chapter maintained the library housed in the half-timbered Noyon building, which dates back to 1506. It's one of the few such structures built out of wood in northern France, and it still houses a collection of some 3,000 works. 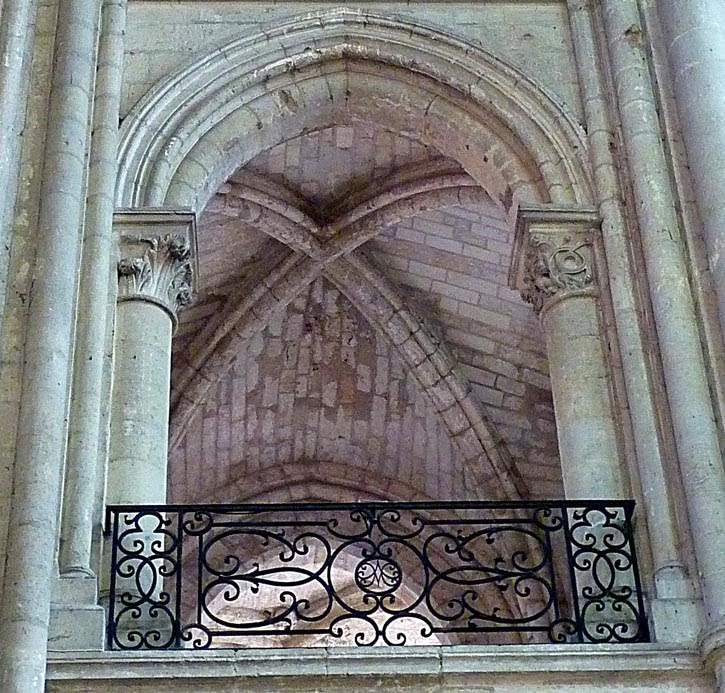 Inside the cathedral at Noyon
The canonical quarter at Noyon is one of the best-preserved in France, from what I've read. It's made up of several ancient buildings: the refectory, granary, and cellar (all from the 12th century), and the canonical meeting hall (13th century), and several houses where the canons lived (some as recent as the 17th century). There are some nice photos on this France Horizons tourist information site. Here's the France Horizons page about the cathedral, also with nice photos.
Posted by Ken Broadhurst at 08:21