Moussaka is a Greek casserole (in French, a gratin) of eggplant slices and a meat sauce made with tomatoes, onion, garlic, herbs, and spices. The spices — cinnamon and nutmeg, along with parsley and bay leaves — give the sauce and the dish a distinctive flavor. The eggplant is pre-cooked, either in the oven or in a skillet, with olive oil. After the casserole is baked in the oven, the eggplant is soft and succulent. 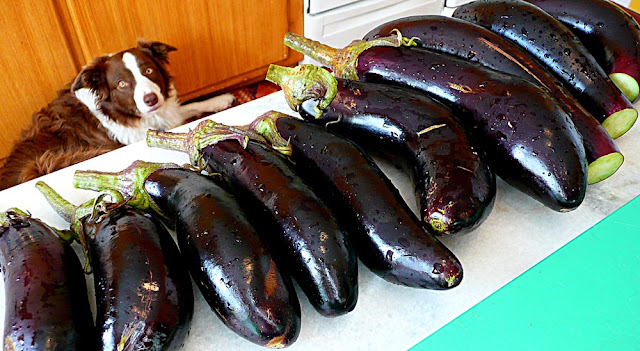 Eggplants/aubergines from the vegetable garden 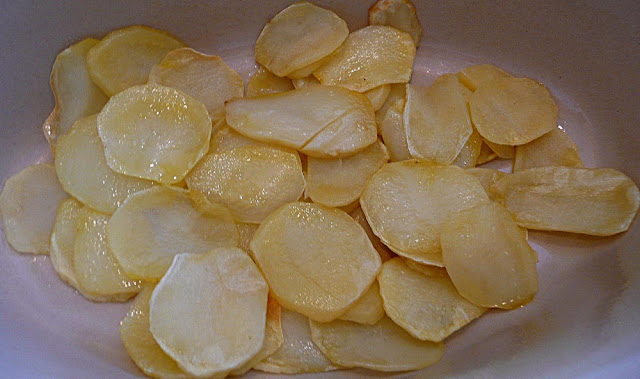 A layer of partially cooked potato slices for the bottom of the dish... 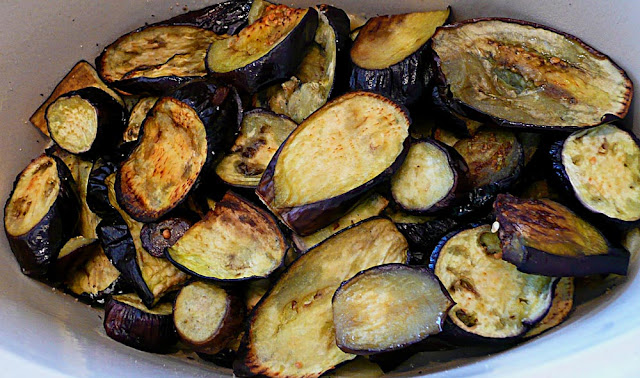 ...and a layer of partially cooked eggplant slices over that

We almost never buy eggplants (called "aubergines" — the French word — by the British) but we grow them in our vegetable garden here in Saint-Aignan. For us, moussaka is a once-a-year treat these days. It's one of the first rituals of fall, or late summer, when the eggplant crop comes in, and there are fresh tomatoes from the garden to cook with them. 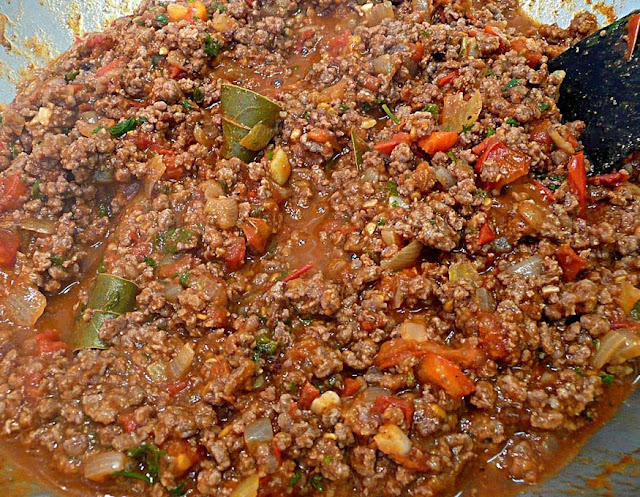 A sauce of ground meat, tomatoes, spices, and aromatics

The best moussaka is made with ground lamb, but ground beef works fine too. The cinnamon and nutmeg, along with tomatoes, onions, garlic, and herbs, give whatever meat you use a good flavor. I've never tried it, but I'm sure it moussaka would be very good made with ground turkey. Last year, I posted a recipe for a kind of moussaka using zucchini instead of eggplant. That would be courgettes instead of aubergines... 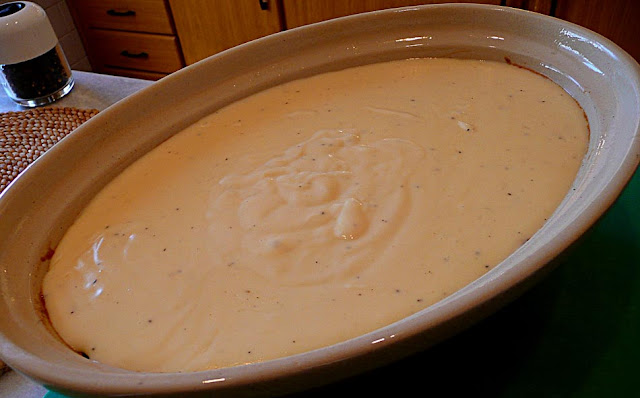 A layer of thick cheese sauce goes over the top... 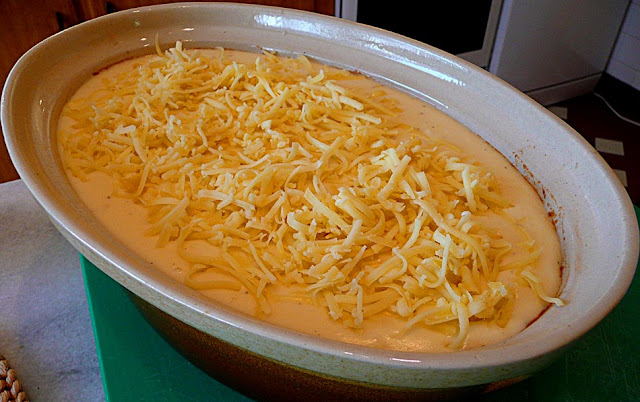 ...with some more grated cheese to make a good crust

Julia Child has a fancy French recipe for moussaka in her Mastering the Art... and The French Chef books, and a simpler one in The Way to Cook. She adds chopped mushrooms to the sauce, which would be good. She says she uses either mozzarella or Swiss cheese in the sauce. You could also use grated parmesan in the sauce or on top. 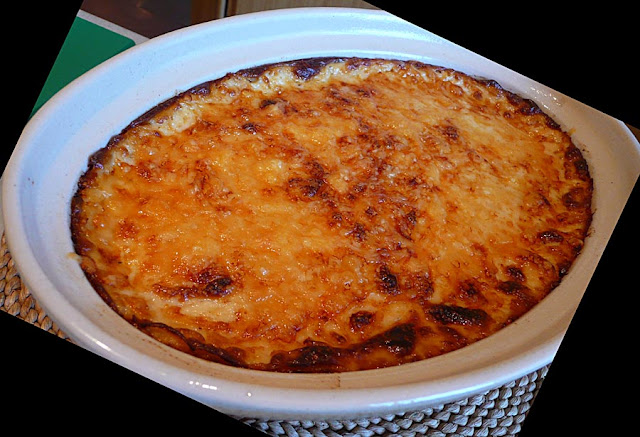 Moussaka as it comes out of the oven

Here's my translation/adaptation of the French recipe I used to make the moussaka in the pictures here. 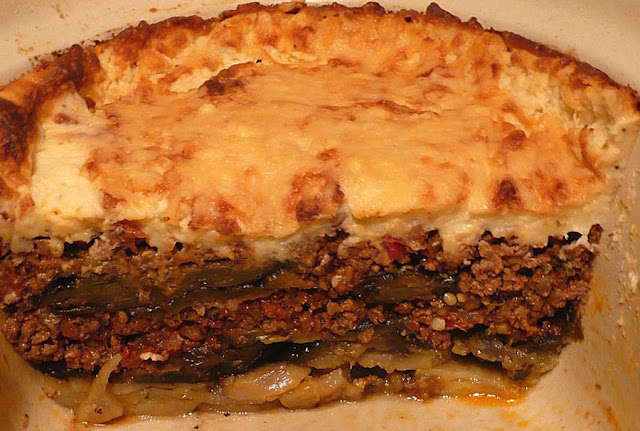 
Cut the eggplants into rounds ¼-inch thick. Put the slices in a colander, salt them generously, and let them disgorge or “sweat” for an hour.