Not retiring when it comes to strikes

Today is a big strike today in France. It's all about government proposals to revise French retirement plans, mostly by requiring people to work longer before they qualify for a government pension. Similar plans and policies are being imposed in the U.S., with this difference: in France, the retirement age is currently 60 rather than 62 or 66.

In order to collect a decent pension, of course, you have to have worked for many years in France before the age of 60. For example, I learned a few years ago that I am eligible for such a pension, on the basis of the few years I worked as an English teacher in Paris. At age 60, I could have started collecting about 25 euros a month. At age 65, however, that pension will pay me about 125 euros per month. I'm waiting to take it then. 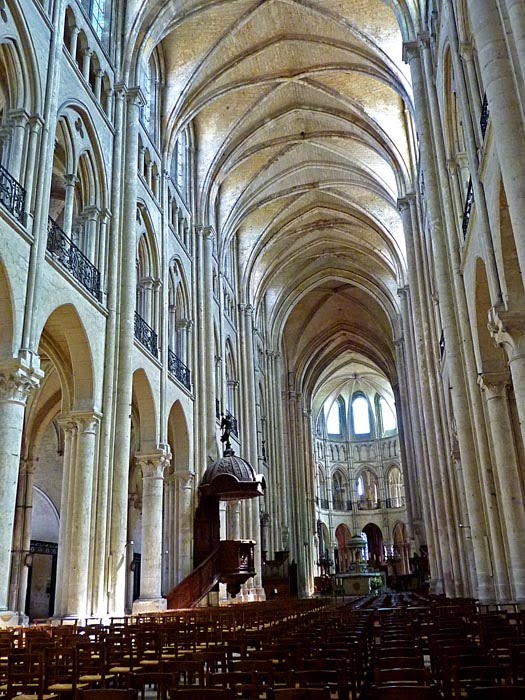 Warning: this is one of those posts where the pictures
have nothing to do with the text. This is the cathedral
in Noyon, which I posted about a few days ago.

The labor unions that play the biggest role in organizing these kinds of protests against government policies and plans are hoping that as many as two million people will turn out to march and demonstrate. The government minister who is responsible for negotiating with the unions on retirement pension issues is involved in a scandal involving one of the wealthiest people in France, for whom he has allegedly done numerous political and financial favors. In other words, he's in a weakened position. 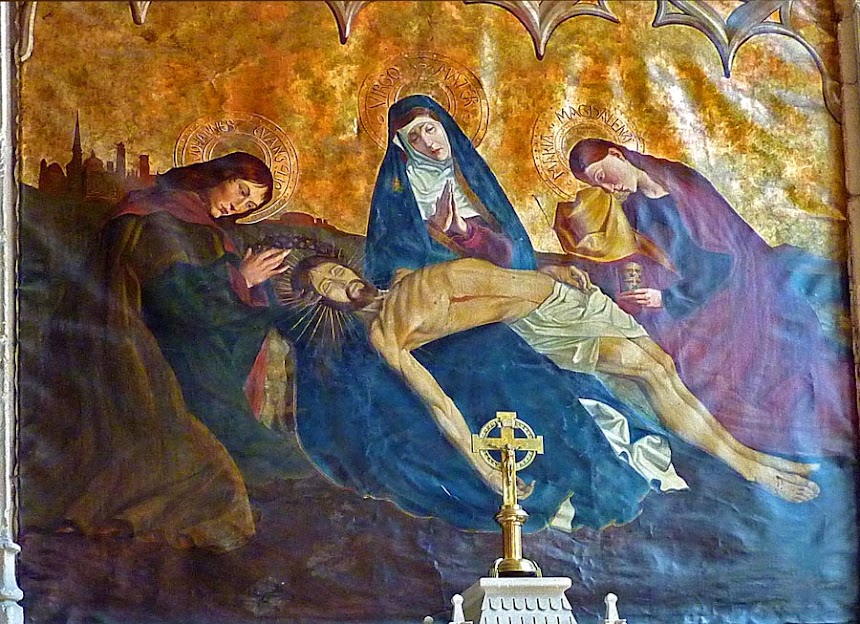 In the cathedral at Noyon


In addition, many in France are upset over the current government's hard-line positions on law-and-order issues. These include this summer's crackdown on Romanian and Bulgarian gypsies, who are being deported for violating the terms of their entry visas. 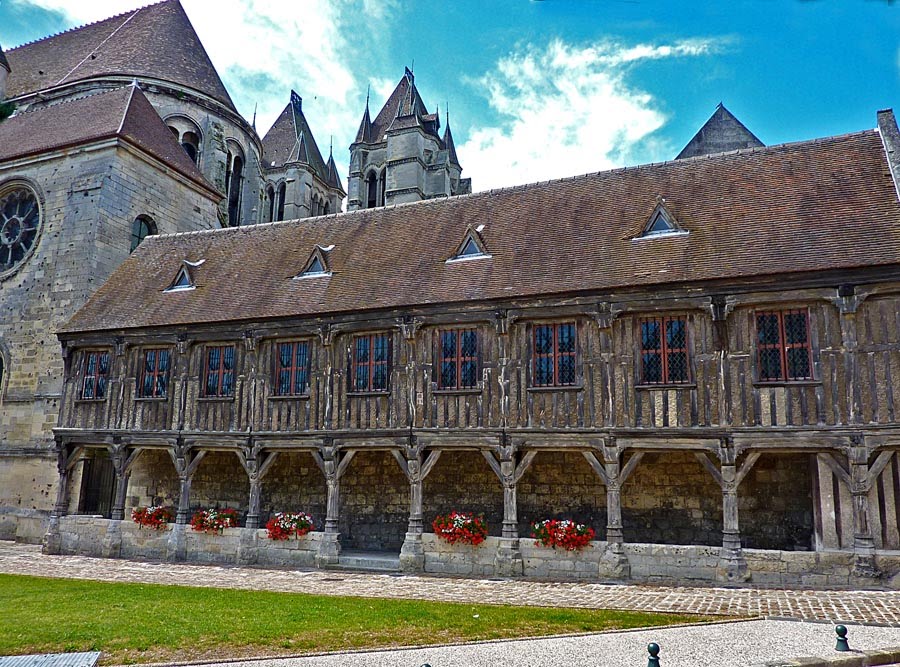 Catholic leaders have spoken out loudly about the deportation, saying the poorest people are being targeted. Incidents like the July riots in Grenoble and Saint-Aignan have increased tensions between those who believe the government is right to take a hard line and those who think the government has gone too far. 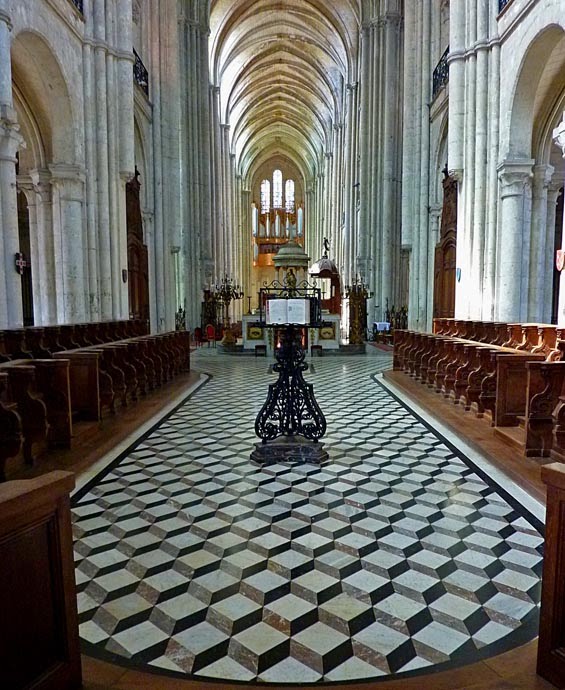 I posted a close-up of this trompe-l'œil floor in the
Noyon cathedral a couple of days ago.

Today's strike means that train and metro service is reduced by half. Rather than fight the crowds packing Paris metro stations or waiting for a seat on a commuter train, a lot of people just take the day off and stay home. The whole country slows down. Bus and tram service in many other cities around France also operates on a reduced schedule. 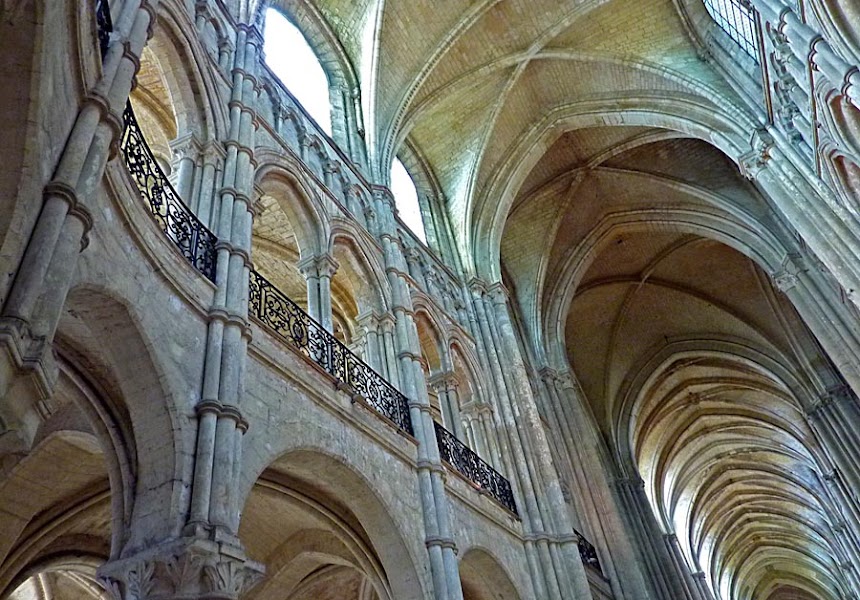 In a little town like Saint-Aignan, and out in the country, about the only effect of the strike is on radio and television programming. If you turn on France Inter radio, the equivalent of NPR, you hear only music all day, with none of the regular programs and no news or weather reports. 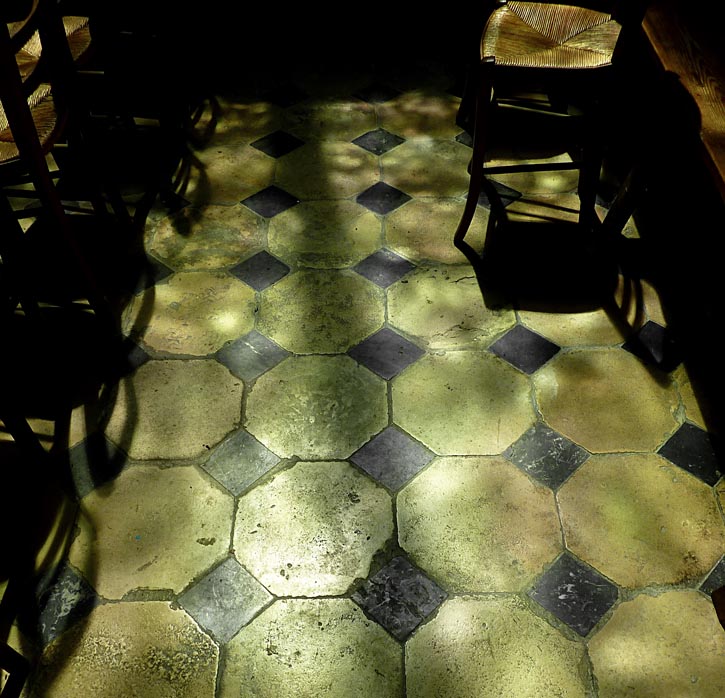 The floor in a side chapel at Noyon cathedral

It wouldn't be a good day to be arriving in Paris, or trying to leave. As a tourist, however, it might be a nice day for a walking tour around the city. I haven't heard whether museum guards and other staff are out on strike or not.
Posted by Ken Broadhurst at 07:11