The long-suffering church at Saint-Quentin

Saint-Quentin is a big town of about 60,000 that is a two-hour drive northeast of Paris. My friend CHM and I went there the afternoon of last July 19 to see the church and other landmarks. I'd never been to Saint-Quentin before.

There's an enormous church on a high hill in the center of the town, but it's not a cathedral. It's a basilica, which is a church on which the Pope has conferred special status because it represents a very ancient place of worship or because it houses the relics of a great saint. That's the ecclesiastical meaning of the term basilica (une basilique in French). There's also an architectural meaning, going back to Roman times, but I won't go into that. 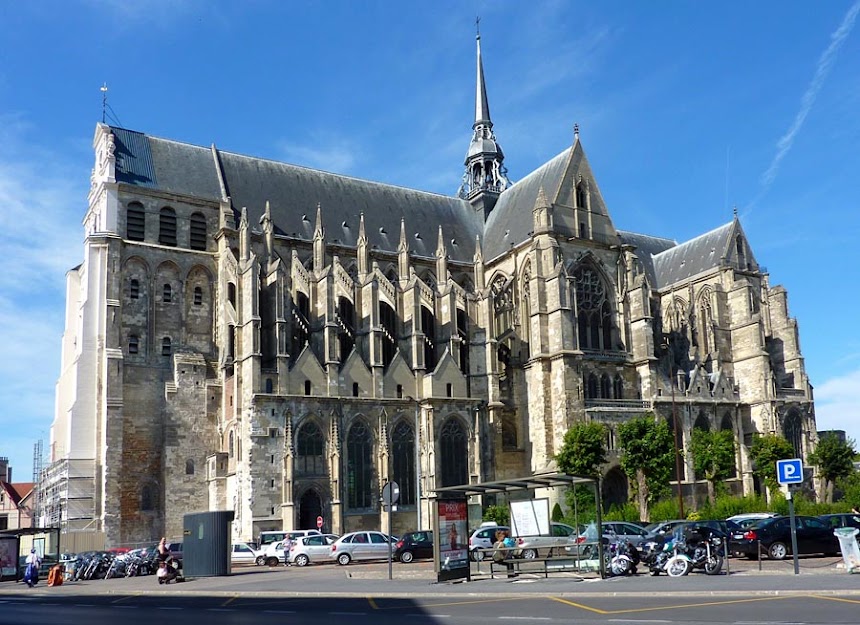 L'Eglise de Saint-Quentin
Saint-Quentin's church has a history that goes back to the early days of Christianity in this region of France. According to history (or legend), a very pious blind Roman woman named Eusebia (Eusébie) received a divine calling to come to the region and, through prayer, she was able to locate the body of St. Quentin. It had been dumped in the Somme River 55 years earlier. 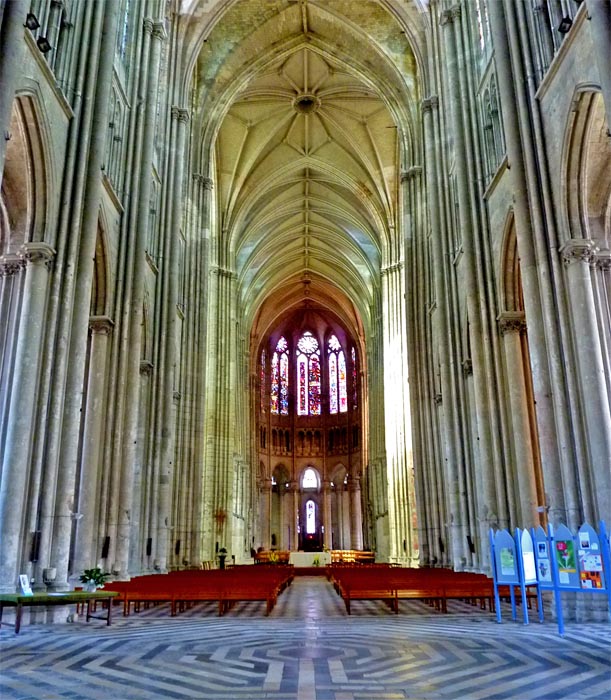 Quentin was the son of a Roman senator who had come to the area to preach the gospel. This was two thousand years ago. He was seen as something of a rabble-rouser by the Roman authorities. Their soldiers tortured him in an effort to get him to renounce his faith. He refused. To silence him, they tortured him some more and then cut off his head and threw it and the body into the river. 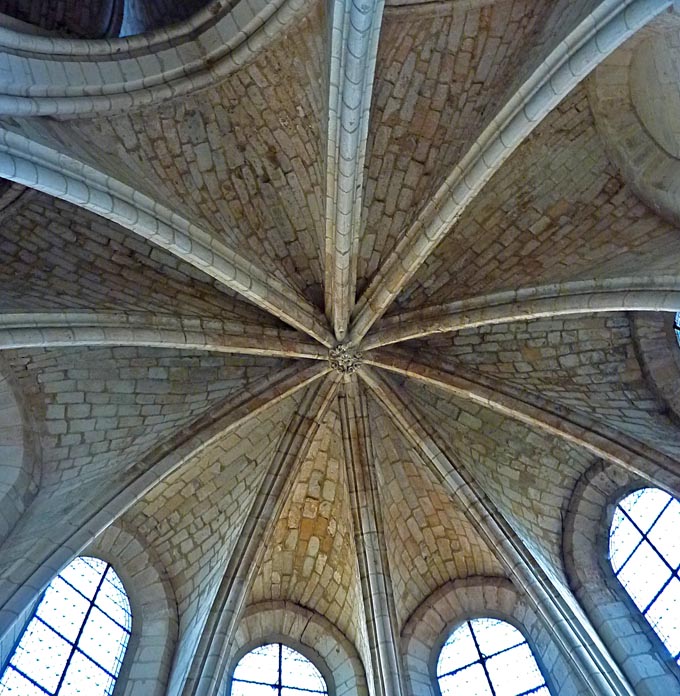 Eusebia had Quentin's remains buried on a hill and, by the way, miraculously recovered her sight. A small chapel was built at the site of the tomb. Soon, the chapel had to be enlarged because so many pilgrims were coming to pay homage to the saintly martyr. The chapel was destroyed numerous times by invading "barbarians," including being set on fire by Vikings in the early 800s. Each time a bigger church was built on the site. 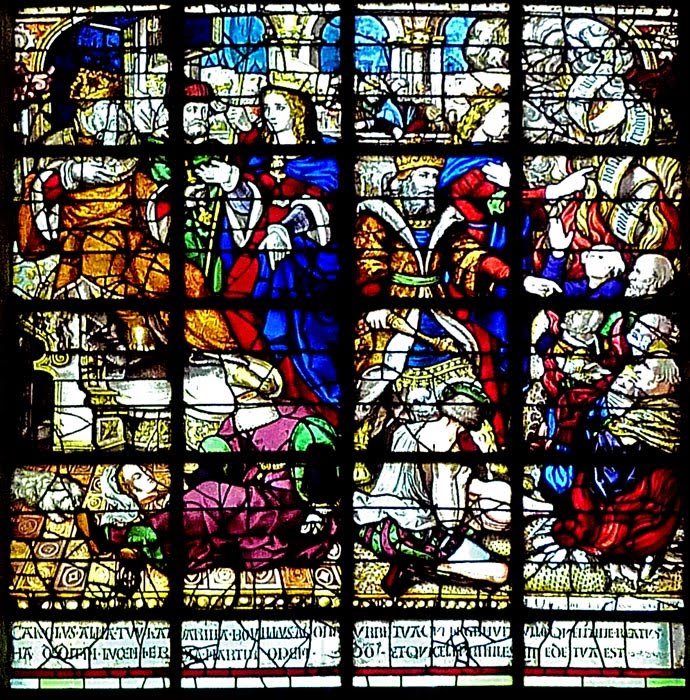 That's the legend, anyway. Construction of the church standing on the site nowadays began in the 12th century and took a couple of hundred years. It too was damaged by fire, in 1545, 1557, and 1669. After the Revolution in 1789, the church was used for a time as a storehouse for animal feed and as a stable. In 1871, the invading Prussians pounded it with mortar shells and caused some damage. 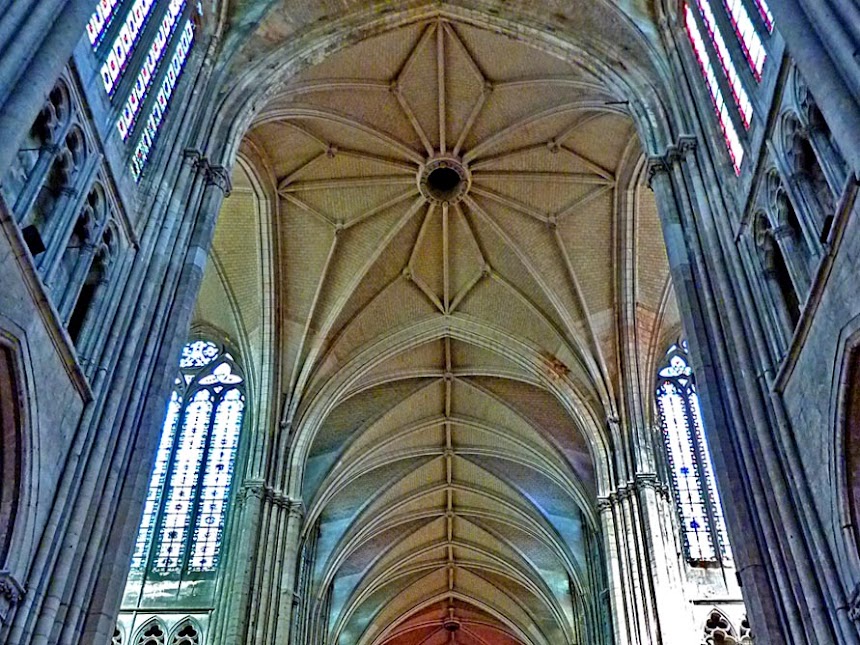 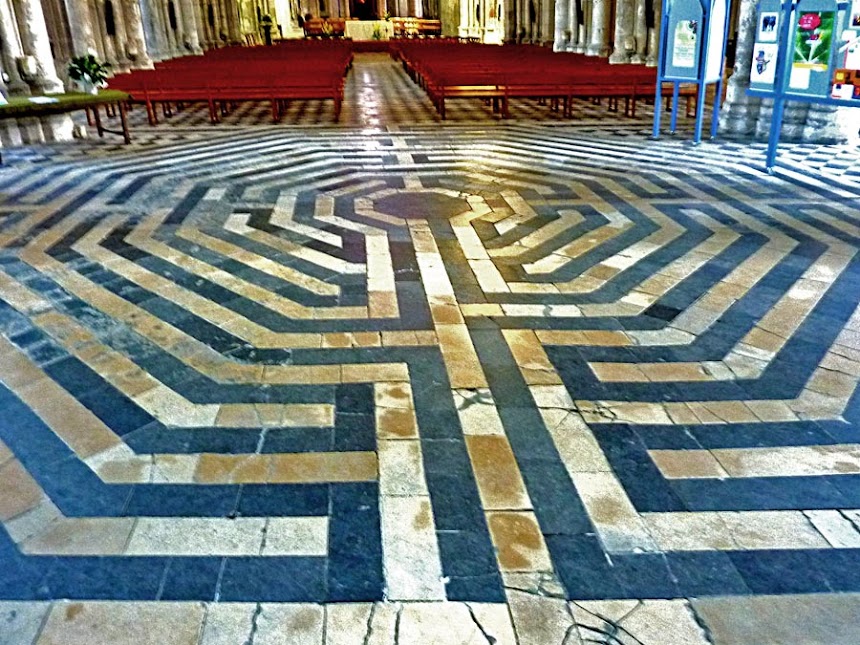 During World War I, the church fared even worse. In 1916, a plane, either English or French, they say, dropped a bomb on a wagon loaded with explosives nearby. The impact blew out many of the church's stained glass windows. A fire in 1917 burned the roof beams. And when French forces took the building back from the Germans in 1918, they saw that the big pillars and some of the walls inside had holes drilled and carved into them to hold explosive charges. Only an unplanned and hasty retreat had prevented the Germans from bringing the whole church down.

Whew! What a history! What a lot of violence in and around such a quiet, dignified edifice.
Posted by Ken Broadhurst at 07:17