We didn't have Bordeaux wine and duck fat biscuits at the same meal, but we could well have done.

Last summer when our late friend J-L, who passed away a couple of months ago, came over for a couscous lunch out in the back yard with his partner S. and other friends of ours, he and S. brought us a bottle of Bordeaux wine with the name Le Chevalier Marteau — The Knight "Marteau"— on the label. 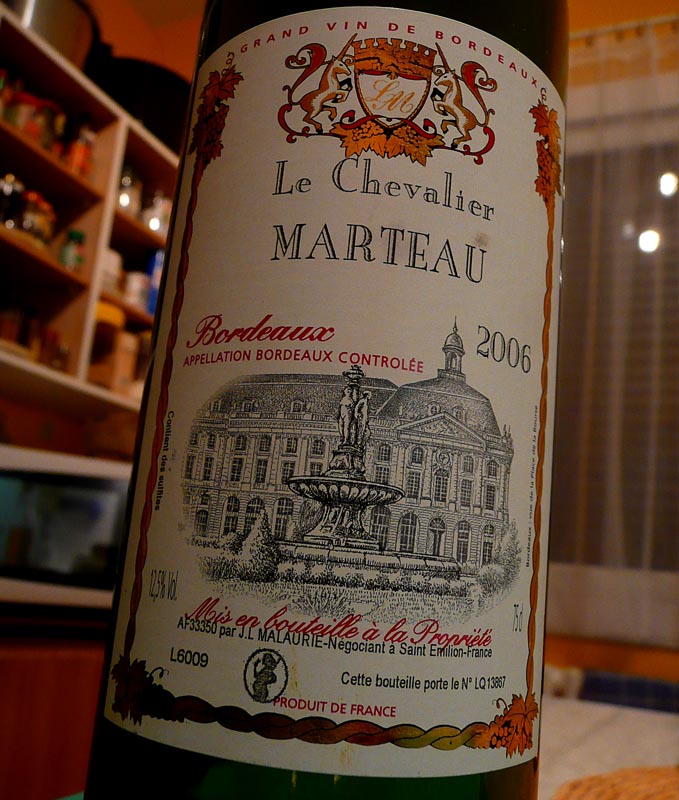 Le Chevalier Marteau Bordeaux red wine, 2006
Marteau was J-L's last name, but as far as I know his family has no particular connection to the Bordeaux region. It was just a funny coincidence. There are a lot of people named Marteau — which means "hammer" — around the Saint-Aignan area.

In fact, Marteau is an old and venerated name in France. Charles Martel (that's the old French spelling), who ruled over the Francs in the 700s A.D., defeated the Arabs (a.k.a. Saracens, Moors) in a decisive battle not far south of the city of Tours in 732. He was named "Charles the Hammer" because of the way he crushed the enemy armies and sent them retreating south into Spain. 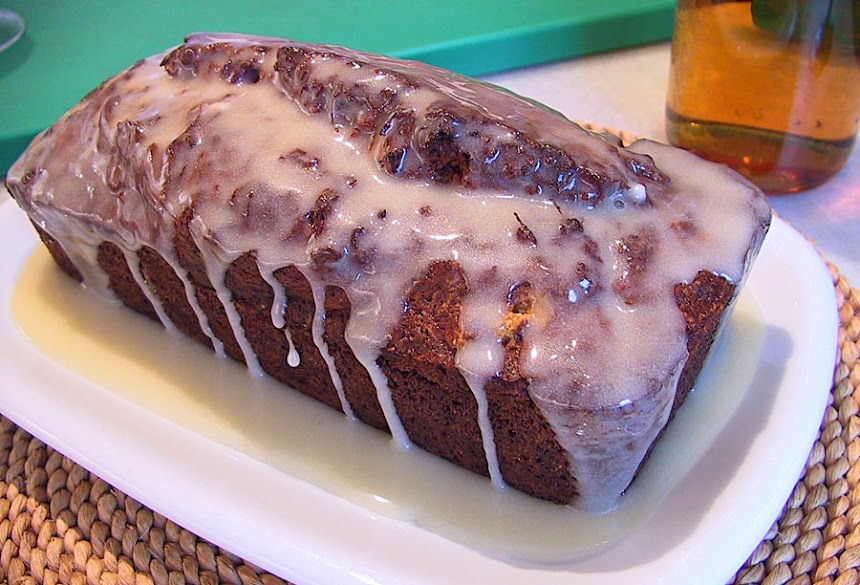 Walt's birthday cake: Glazed Pumpkin-Walnut Bread.
He made it himself.
Walt and I decided to open and enjoy the Chevalier Marteau wine yesterday with Walt's birthday dinner of steak au poivre. Another reason for drinking the wine now is that J-L's birthday was December 19, just two days before Walt's, and he would have turned 53 if he had still been among the living. The wine was good and made the meal all the more memorable.

Meanwhile, on Sunday I decided to take up my own challenge and make a batch of U.S. Southern-style biscuits using a quintessential French shortening: duck fat. I have quarts of it in the refrigerator from all the ducks I've cooked over the past few years. It keeps forever in sealed jars in there, and it is good for making sauteed potatoes and for flavoring vegetables. 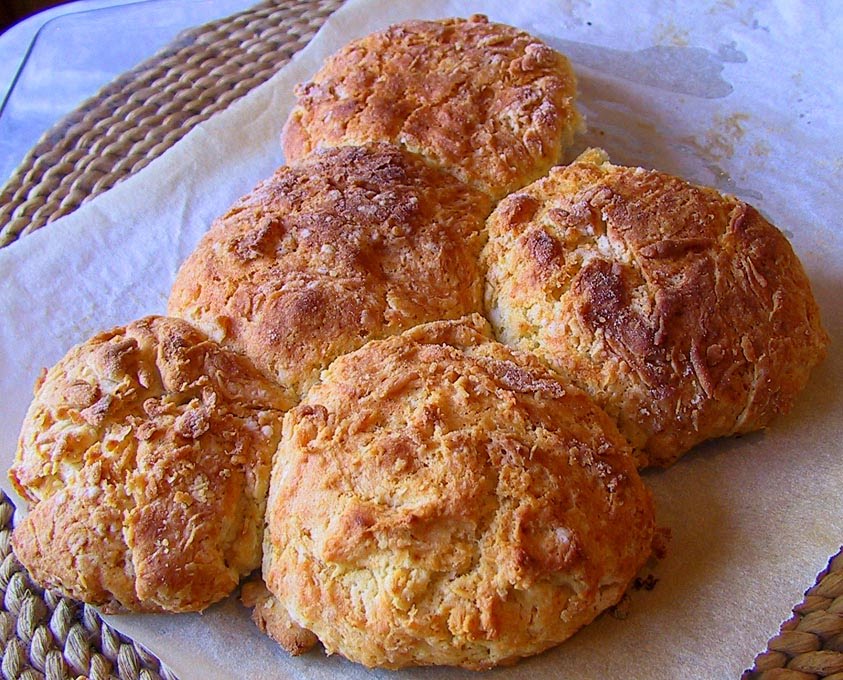 U.S. Southern-style biscuits made with duck fat
It is also good as a substitute for butter and vegetable shortening in baking savory breads and cakes, I now know. The duck fat biscuits, using Tom's recipe as far as proportions of flour, leavening, salt, and liquid go, were excellent, as you can see from the picture above. Walt liked them. He said they were nice and crispy on the outside and tender on the inside.

Instead of half a cup of buttermilk, I used 60 ml of plain low-fat yogurt mixed with 60 ml of skim milk in these biscuits. The biscuits were good at lunch with some garden-grown mustard greens (also flavored with a little duck fat) and some boiled potatoes of the Charlotte variety that we get here in France. The potatoes are similar to Yukon Golds. 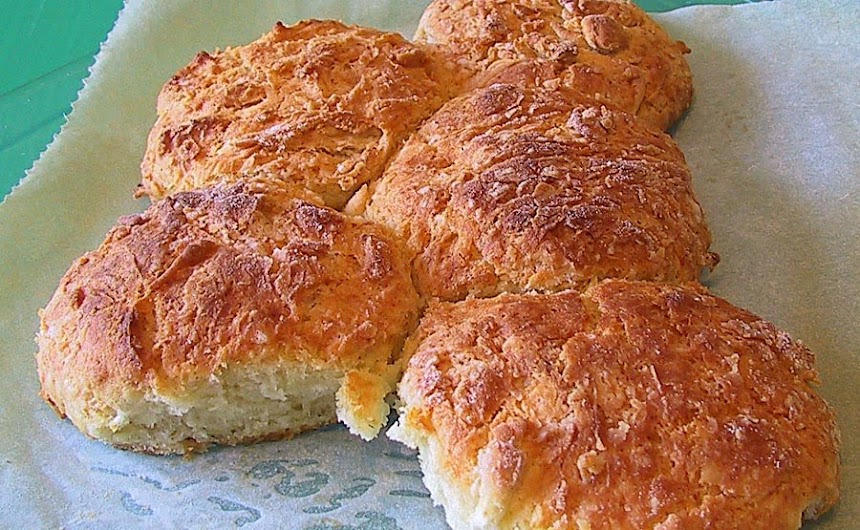 Tender inside
This is more fusion cooking for me, but for once it is American technique combined with French ingredients. Usually it's French techniques applied to cooking American foods. I just recently started making U.S. Southern-style biscuits after eating them all my life. I wonder what shortening they were made with when I was growing up in the 1950s and '60s? Crisco? Margarine? Lard? My mother could tell us.
Posted by Ken Broadhurst at 07:56