The Louvre that was 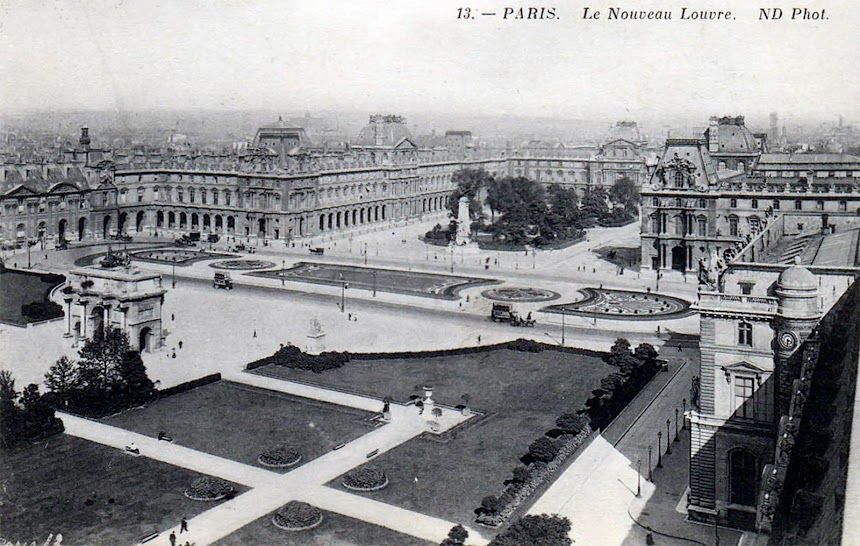 I spent some time yesterday morning searching the internet for photos from back then of the spot where the Pyramid du Louvre stands now (and since 1988). The photo of the Louvre above pre-dates 1970. You can see the little park in the Cour Napoléon that CHM remembers (see his comments on Walt's post). His memories of Paris go back 40 years farther than mine. He grew up there. I did too, but my "French" childhood didn't start until I was 20 years old. 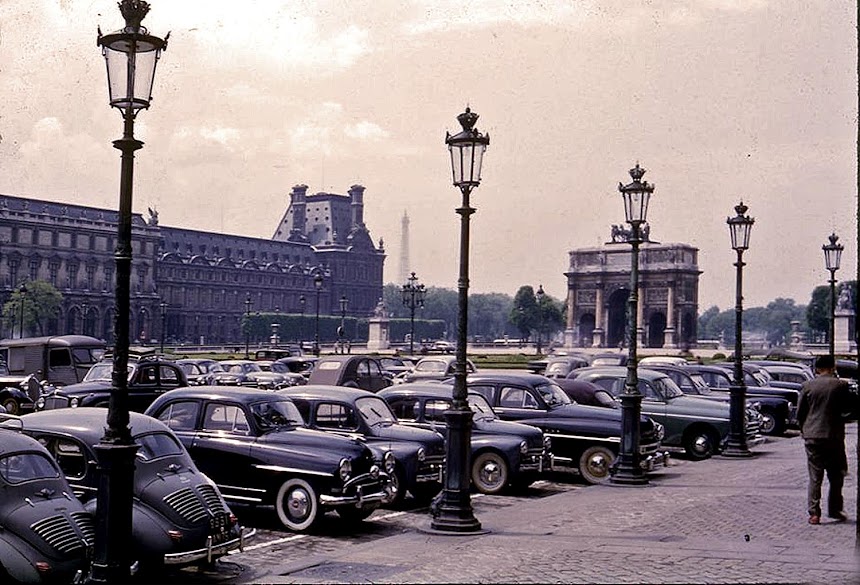 Above is a photo — I think I remember that it was taken in 1958 — that more closely reflects how I remember the Cour Napoléon 50 years ago. I was a student in Aix-en-Provence, in the south of France, starting in January that year. When spring break from school came around, I wanted not to travel to other countries. I just wanted to go spend two weeks in Paris. And that's what I did — alone. I stayed in a hotel in the Latin Quarter. I ate one-dollar three-course meals, wine included, in little restaurants on the Boulevard Saint-Michel and on narrow streets. I remember venturing over to Les Halles on the Right Bank, where the old market stalls were being dismantled and hauled away. There was still an open-air market operating, but to my American eyes it was so gritty, grimy, and dark — it was March and the weather was gray, cold, and damp — that I escaped back to the Latin Quarter post haste. I went out to Versailles to spend a day, and as I wandered through the vast park around the palace, it started snowing huge flakes. I froze but it was memorable. 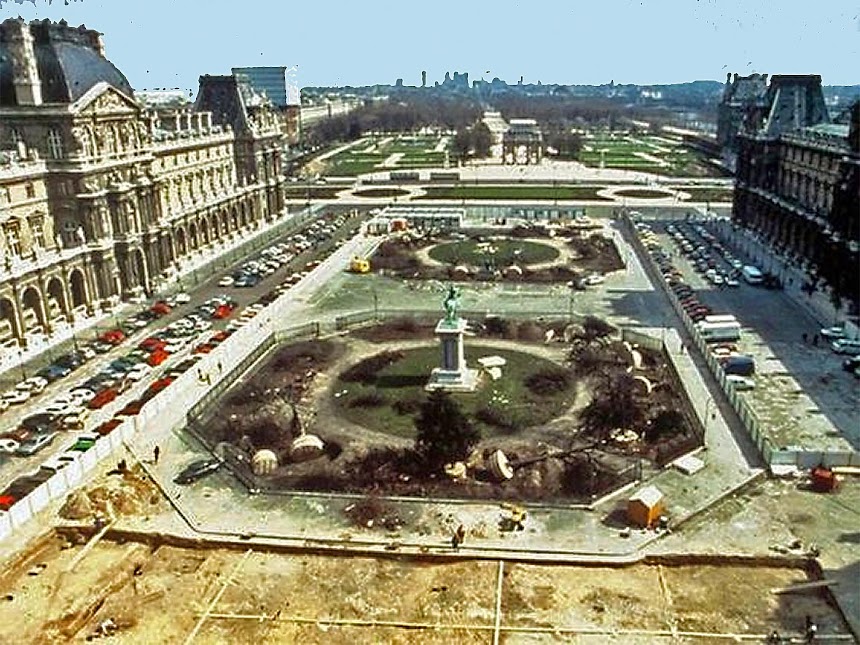 I went over the the Louvre one day. I walked through the Cour Carrée and into the Cour Napoléon where that modern glass pyramid stands today. It felt like a parking lot to me! There were some trees and there was some grass, but mostly there were cars parked all over the place, as you see in the photos above.  I had a hard time finding the entrance to the museum! It was just a dark doorway and I don't believe there was even a sign indicating that it led into the museum. I was astonished. It was as if you had to know how to get into the museum before you arrived. Nobody was going to make it easy for you. The pyramid changed that. Now the Louvres projects a light and airy feel, not a dark and forbidding one. 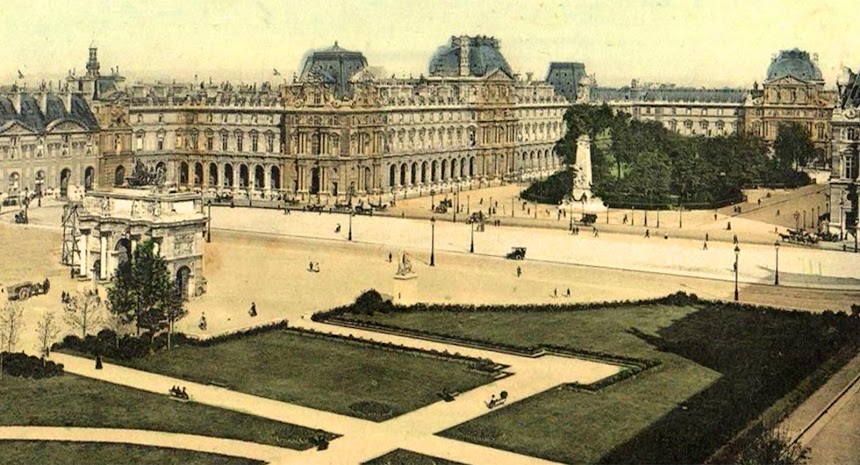 Above is a scan of another old postcard view of the Napoleon courtyard. I'm not sure it's much newer than the first photo in this post. It's probably been colorized. France and Paris were so different back then. My impression was one of faded glory and rampant poverty. It felt third-worldish. The country had been through three great wars — invaded, occupied, bombarded — since 1870. Modernization, with features like modern bathrooms and kitchens, didn't really take hold until the 1980s. On many (but not all) levels, life is easier now than it was back then.


P.S. Here are links to three earlier posts of mine about the Louvre and the pyramid: