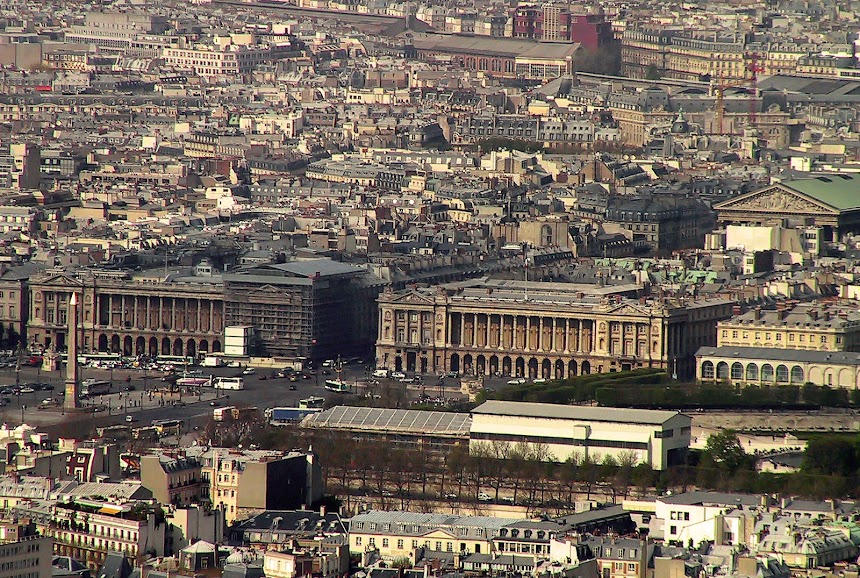 At the eastern end of the avenue des Champs-Élysées (which has been called la plus belle avenue du monde) is the place de la Concorde, which is a square-shaped "square". Just to the east of Concorde is le jardin des Tuileries, and at its eastern end is le Louvre. L'avenue des Champs-Élysées itself is two kilometers (about 1.25 miles) long. The total distance from the Louvre to the Arc de Triomphe is about two miles (three kilometers). 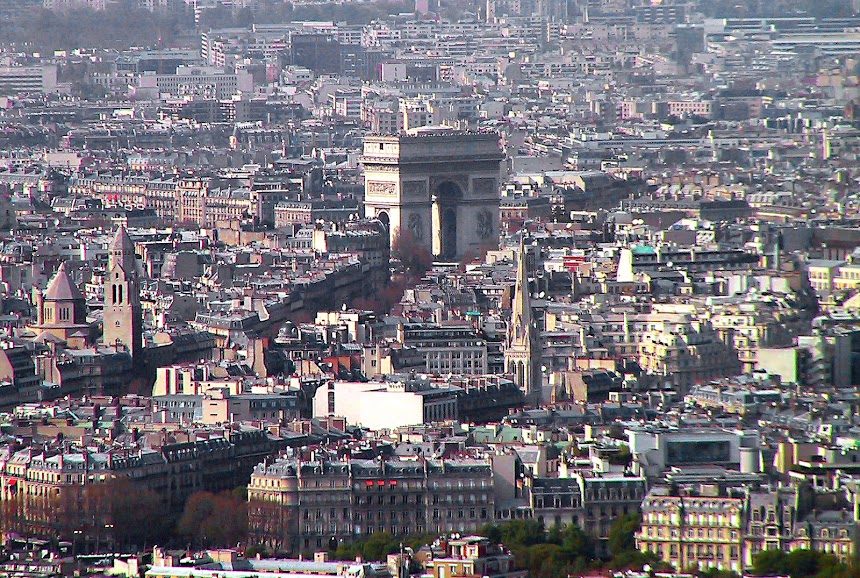 At the western end of les Champs-Élysées stands the Arc de Triomphe de l'Étoile. The Étoile is also une place [plahss] — in this case, place might be translated as "traffic circle" in U.S. English or, in British usage, "circus" as in London's Picadilly Circus (un rond-point in French). We call une place "a square" but this one is round — it's in the shape of a wheel with as "spokes" a dozen or so wide avenues. (L'Étoile, like Concorde, is a particularly scary challenge for American drivers.) 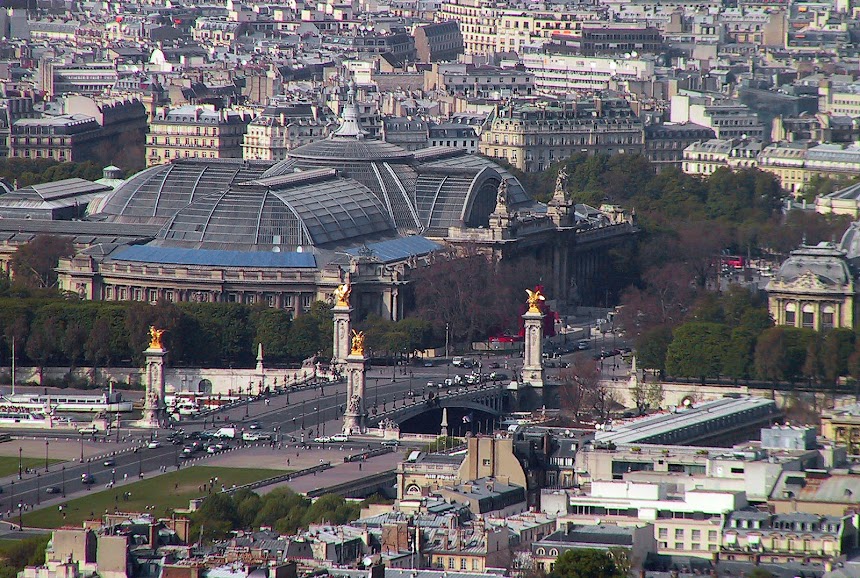 Up the Champs-Élysées about half-way between l'Étoile and Concorde, there are two large exhibition halls called le Grand Palais and le Petit Palais. They are located on the Right Bank of the Seine, at a point where a wide, ornate bridge called le Pont Alexandre III crosses the river. On the Left Bank are l'Esplanade et l'Hôtel des Invalides, built in the 17th and 18th centuries during the reign of le Roi-Soleil, Louis XIV.
Posted by Ken Broadhurst at 06:30