I've spent a couple of hours working with and studying these images that date back to April 2002. I took the photos I used to compose these images from the top of the Tour Montparnasse.

Above is a panorama of the Jardin du Luxembourg, a large public garden on the edge of the Latin Quarter. Between 1975 and 1982, I worked in two schools that were just steps from the garden, the Sorbonne and the Alliance Française, as a teacher. 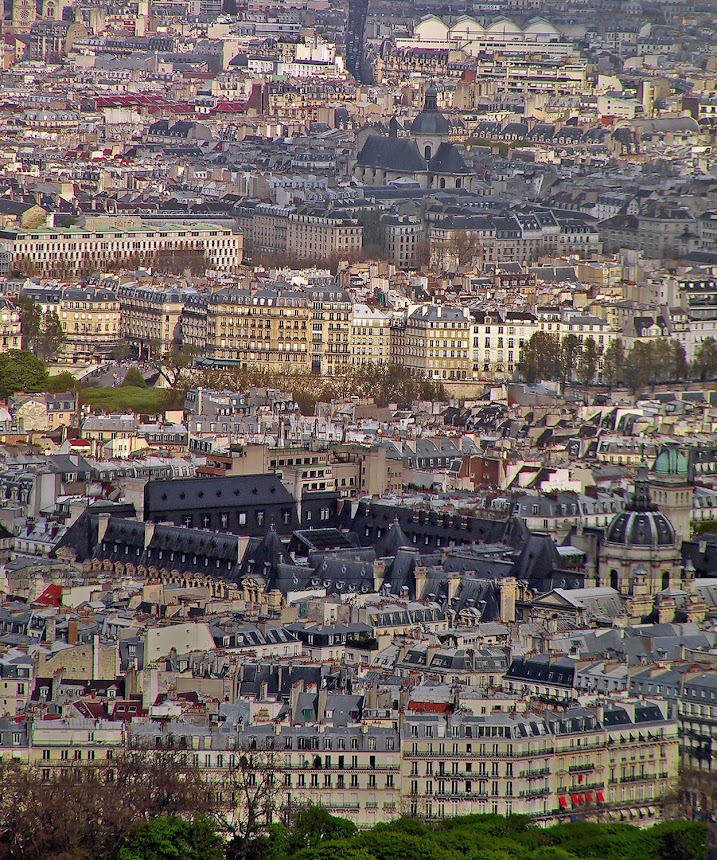 In this view, the cluster if black rooftops is the Sorbonne complex in what is called the Latin Quarter. Beyond it is the Île St-Louis, one of two large islands in the Seine river (which is not visible). And beyond the island in the neighborhood called le Marais (the swamp, or marsh). That's the Église St-Paul toward the top of the image, I have finally figured out. You can enlarge these images to see more detail.
Posted by Ken Broadhurst at 07:00