Here are a few more photos that I took in Morienval in July 2010.
The first one shows what the church looks like from the outside. 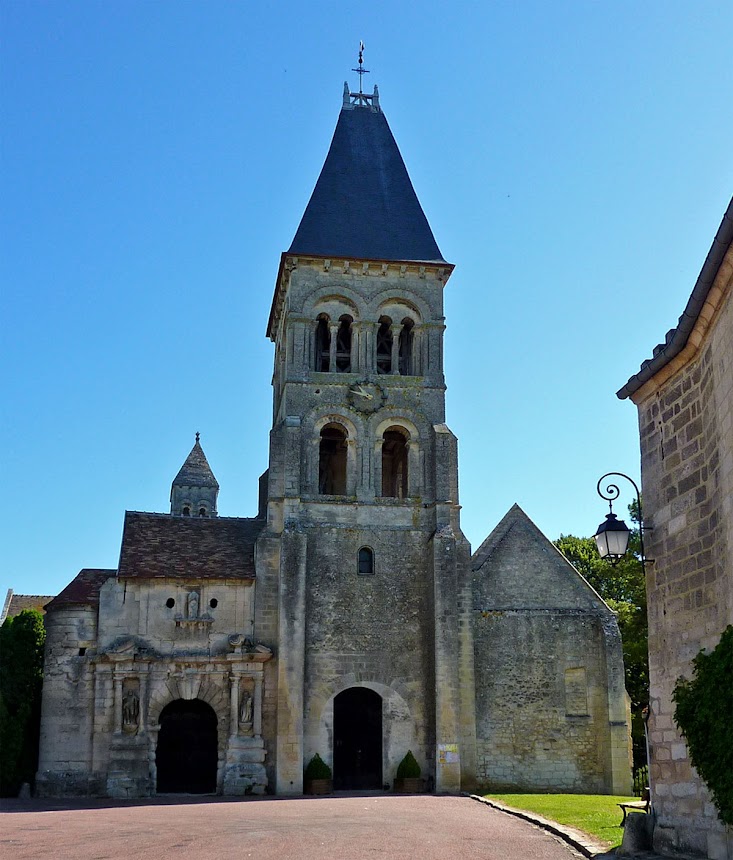 Below is a view of the Renaissance-era choir stalls that were discussed in comments on yesterday's post,
in which I showed a couple of close-ups of the misericords. 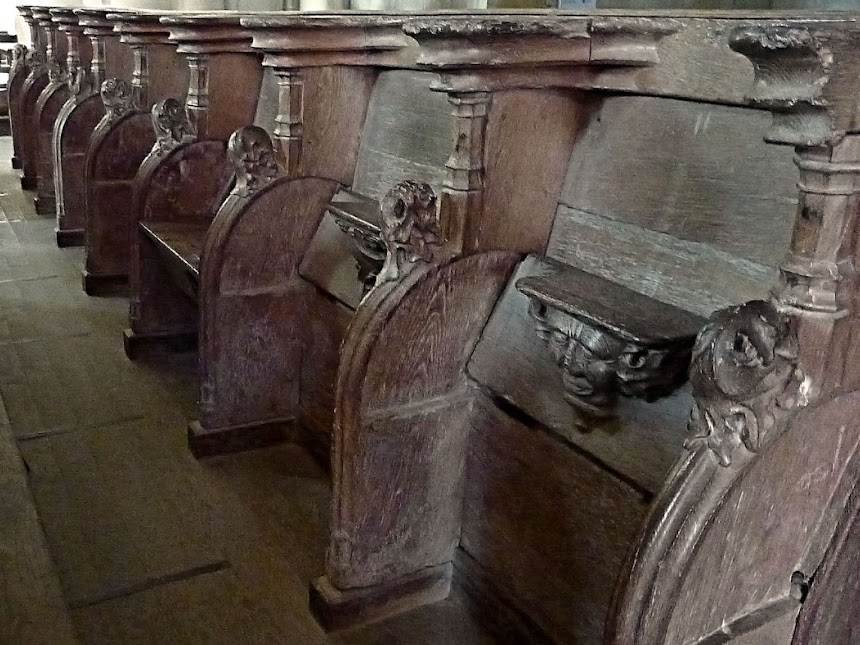 The hand below belongs to the face that follows.
It's the hand of a figure called la Vierge de l'Annonciation. 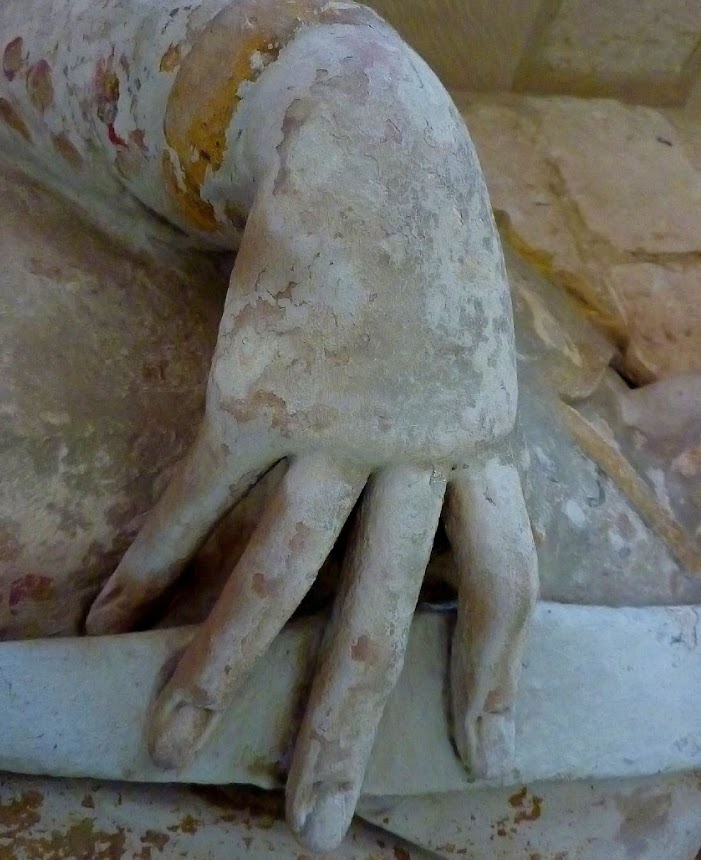 The Michelin guide says that this statue is an example of the art populaire (folk art?) of the mid-16th century. 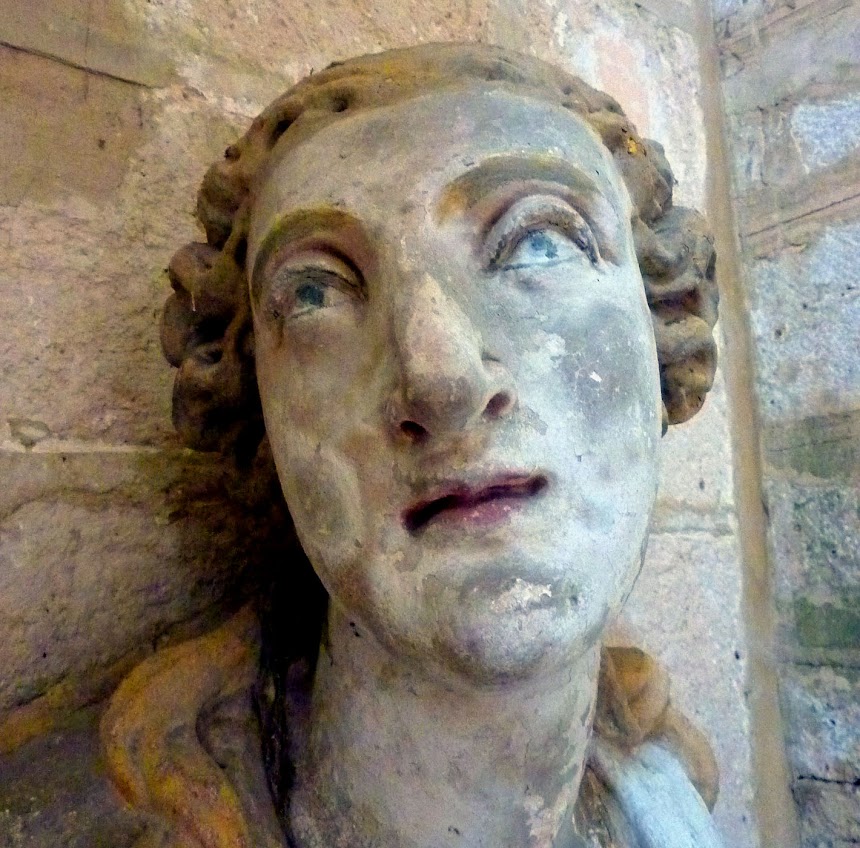 And I really don't know what this is. 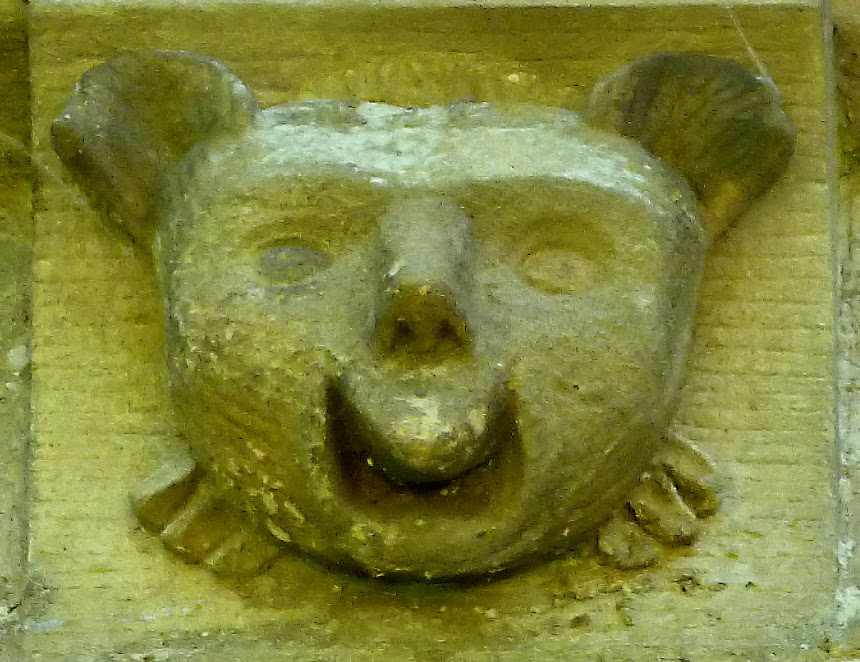