We've probably eaten more melons [muh-LÕ] this year than ever before. The French melon is a variety of cantaloupe that was brought to France from Italy at the beginning of the Renaissance (the late 1500s). People in the Charente region of southwestern France later began growing it so successfully that it came to be known as le melon charentais. The Charente département is centered on the big town of Angoulême, located mid-way between Bordeaux and Limoges. (Another well-known town in the Charente is Cognac.) The Charente melon is famously grown in Provence around the town of Cavaillon, in the Luberon north of Aix and Marseille. It's also grown in Spain, Morocco, and Senegal. 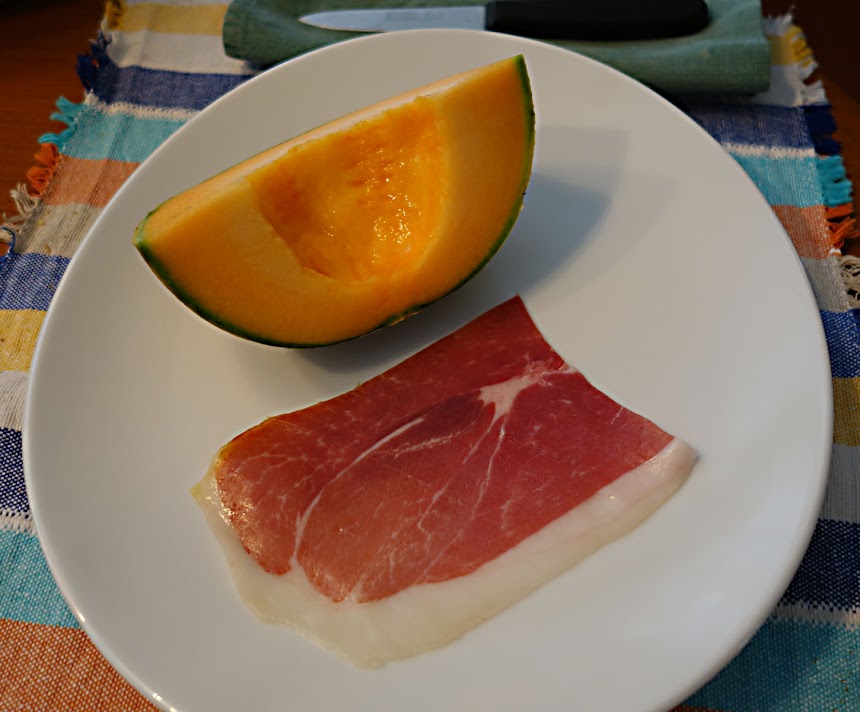 One way to enjoy the melon charentais is as an appetizer. It's served with what is called jambon cru or jambon sec in France — "raw" or "dried" ham that's air-cured, not cooked. The most famous ham of this type in France is jambon de Bayonne. The saltiness of the ham complements the sweetness of the melon. The ham in my photo above is actually jambon de Parme — Italian ham from the town of Parma that we know as prosciutto. It's cut into thin slices, and the slices are big enough that half a slice is enough to have with one quarter of a melon. The melons we're finding in local markets weigh between two and three pounds and cost about 2.50 euros apiece. You can also serve these melons as a dessert, and they're good with a little port wine poured into or over them. 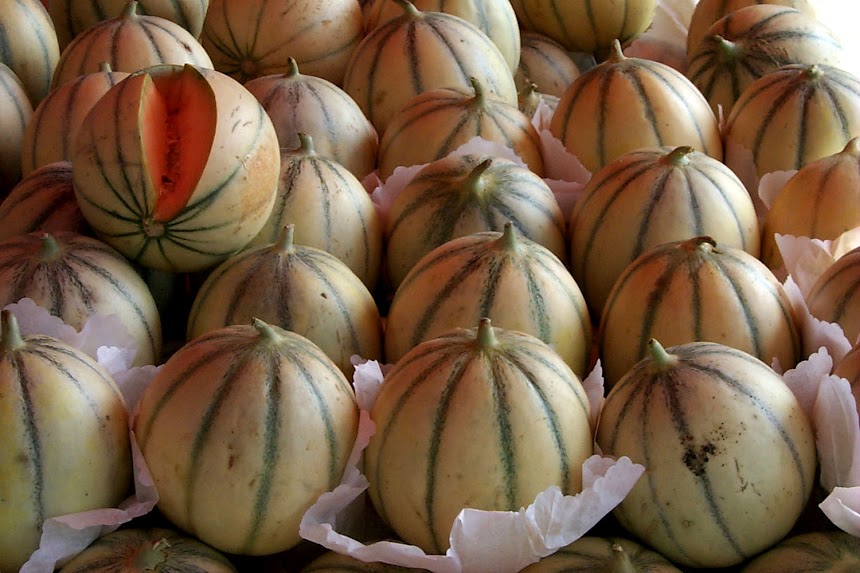 Here are a couple of photos I took of melons in a Paris market back in July 2000 — 20 years ago. Walt and I were in Paris for the July 4th weekend. CHM was there, along with his late partner Frank and our late friend Jeanine, who had a house in the little town of Carteret in Normandy. We went shopping one day in the Paris outdoor market that sets up along the avenue de Saxe, not far from the Eiffel Tower. 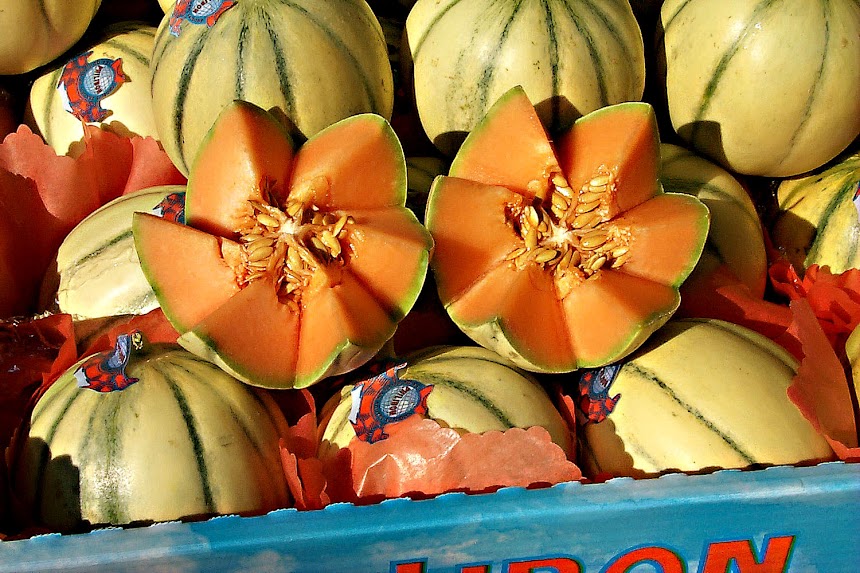 The French melon has a smoother skin and a sweeter taste than the American cantaloupe, according to the Wikipedia article about them. They are two different varieties. The melon charentais is described as "sweet and flavorful" while the American cantaloupe is called "moderately sweet." The one below, which we bought at the market in Saint-Aignan, must be a hybrid. Growers are constantly trying to hybridize cantaloupes to maximize both flavor and shelf-life, because the melon charentais is so fragile and can easily be bruised and spoiled during shipping. 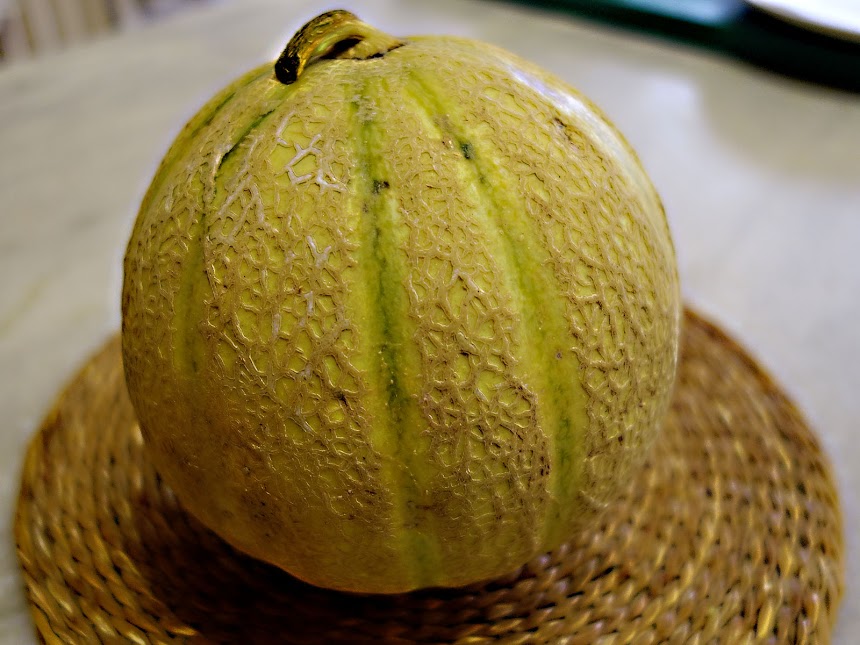 When you buy a melon charentais at an outdoor market in France, the vendor will usually ask you when you plan to eat it. Today? Tomorrow? In two or three days? Then she or he will carefully choose one that it at the perfect state of ripeness for you. It's partly a joke, and it's all good-natured, but I'm sure the tradition started out as a serious question.
Posted by Ken Broadhurst at 07:00