We started talking in recent comments about high-rise buildings in Paris. That made me look back through my April 2002 photos from the top of the Tour Montparnasse (which qualifies as a skyscraper). I wanted to see if I had usable shots of the area along the Seine just downstream from the Eiffel Tower, in the 15th arrondissement, that is called le Front de Seine It's made up of 20 or so buildings that are about 100 meters tall. Here's what I found — four images that Photoshop turned into a nice panorama. You can enlarge it.

2002
You can see the Front de Seine on the left side of the old photo below, just down the river from the Eiffel Tower. By the way, if you want to see high-rise buildings, don't forget La Défense, just on the western edge of the city. It's made up of both office towers and apartment buildings. 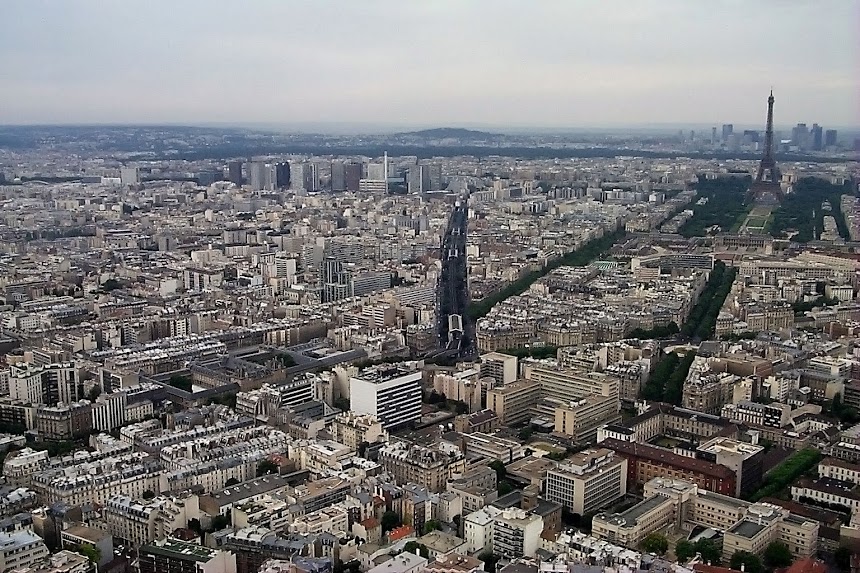 2000
Meanwhile, in the 13th arrondissement which is the southeastern sector of the city,
there are also a lot of high-rise buildings. Here's a photo from 2002. 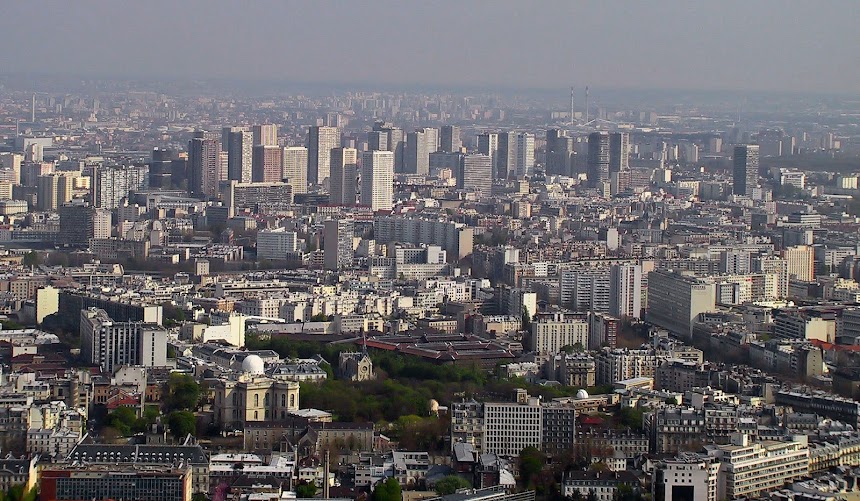 2002
And here's a photo that I took of the same neighborhoods
that I took from the top of the Tour Montparnasse in August 2015... 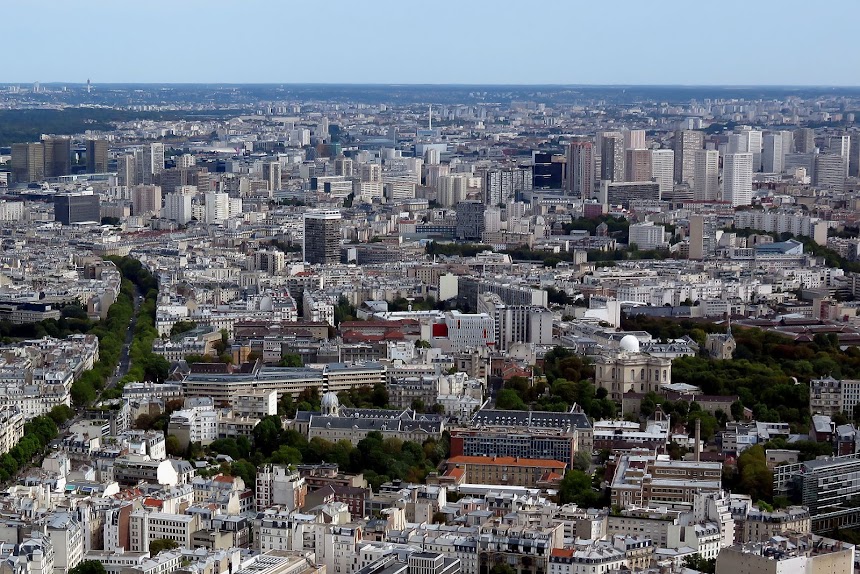 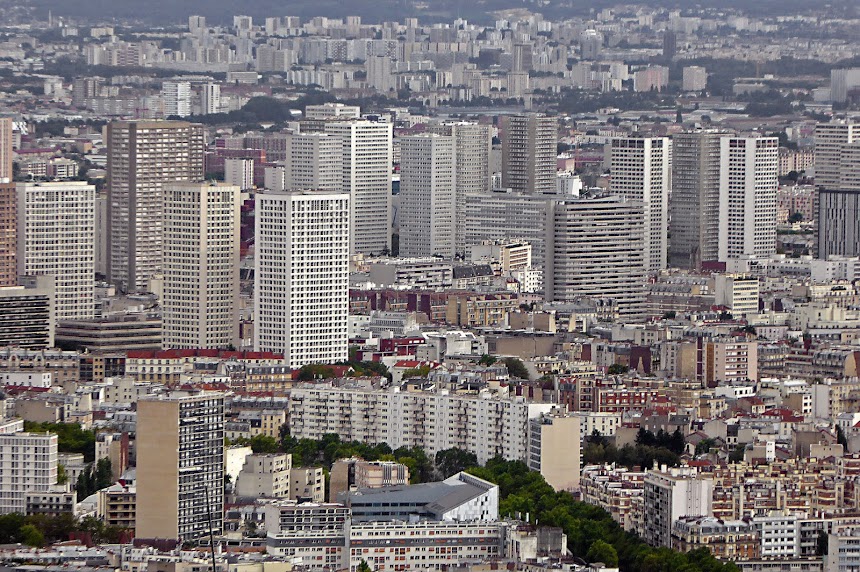 2015
I took the 2015 photos using a Canon SX700 HD compact digital camera.
The 2002 photos are ones I took with an older Canon Pro90 IS digital camera.
In 2000, digital photography was fairly new and I was using an old Kodak.

By the way, according to some American definitions, a high-rise building is one that has seven floors or more. By that standard, many of the older buildings in Paris qualify as high-rises because they have more than six floors.