Plants in the yard post-canicule 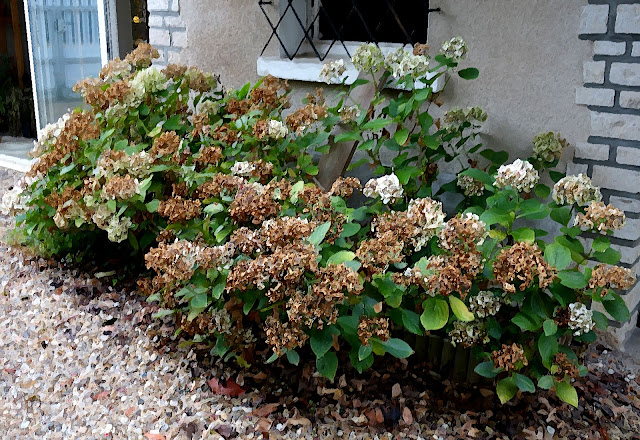 Look what the recent canicule (heat wave) did to our hortensia bushes. These are on the east-facing side of the house, where they get early-morning shade from a couple of big maple trees, then a few hours of direct sun, and full shade in the afternoon. And they were being watered. The heat was just too much for them, I think. 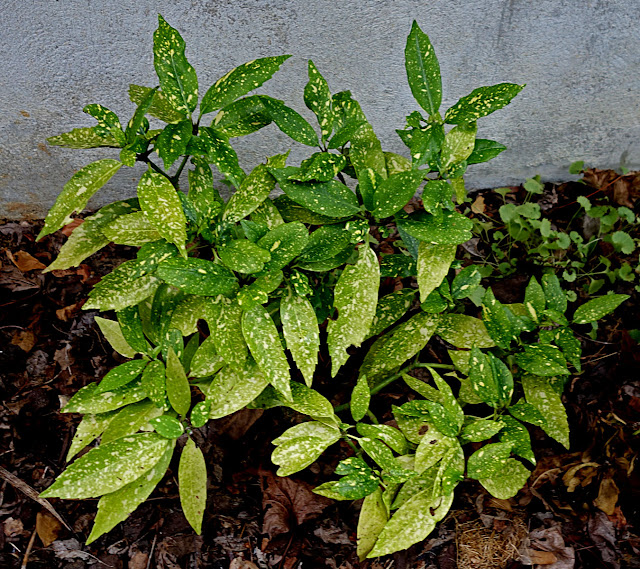 This aucuba (a.k.a. gold-dust plant) is on the same side of the house, so it gets the same amount of sun as the hortensias (a.k.a. hydrangeas). It fared a little better, and I have to point out that a few months ago I transplanted to a shadier spot from a location where it was getting too much direct sun. It has survived. Aucuba plants don't seem to like hot sunshine but they are pretty drought-tolerant. This one grew from cuttings that CHM brought me from Paris a dozen or so years ago. This is a sedum plant that I've had for about 15 years. It's out in back of the house and has been getting full afternoon sun this summer. Back in 2005, I took cuttings from a plant that my mother had growing in her back yard in North Carolina when she sold her house. She had originally grown it from cuttings we took from plant in Illinois when we went on a road trip to Champaign-Urbana from N.C. back in 1997. I brought the N.C. cuttings back to Saint-Aignan. I planted some in the ground and kept some in pots. Sedum doesn't seem to mind heat and direct sun. 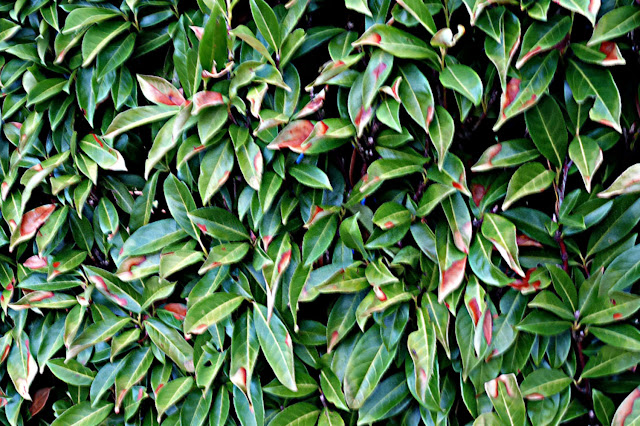 The laurel hedge that surrounds our yard on three sided got pretty sunburned during the canicule. This is the hedge on the western end of our property and it gets full sun in the late afternoon, which is the hottest part of the day. The sun-damaged leaves will drop or get clipped off in October or November when we have the hedge trimmed. 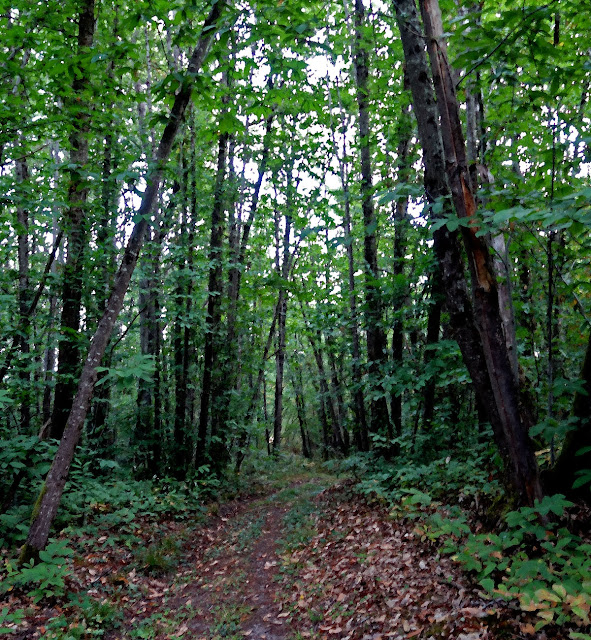 The woods on the north side of our property have done pretty well. This is a path on a fairly steep hill that runs from the vineyard down to the river valley below. It was mowed by the village authorities earlier this summer. Blackberry vines started growing along and onto the path, making it hard for the dog and us to take walks down the hill and back up, so I started taking a pair of small pruning shears (un sécateur) with me and cutting the invasive thorny vines as I walked, just to keep the path open. It has worked.
Posted by Ken Broadhurst at 06:30