Summer sights around the hamlet

Here in the Saint-Aignan area, we got less than half an inch of rainfall in July (11.5 mm). Half of that fell on a single Sunday afternoon. We'd normally expect about 2 inches of rain in July. June was a lot wetter. Right now, everything is dusty and parched. Here are some photos I took on July 22. 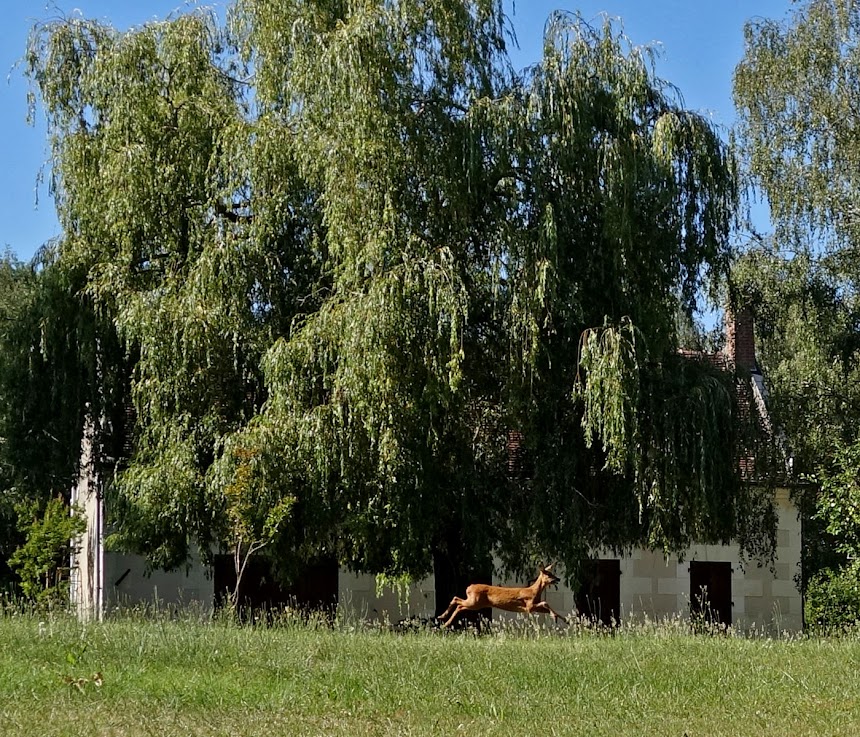 Because it's so quiet and empty around the hamlet, the local roe deer, called chevreuils in French, are very active this summer. Here's one loping across a yard across the street from us that nobody is using this summer— except us and Tasha, when we take walks over there. The owners come down from Blois about twice a month to mow the grass and trim the hedges and trees. 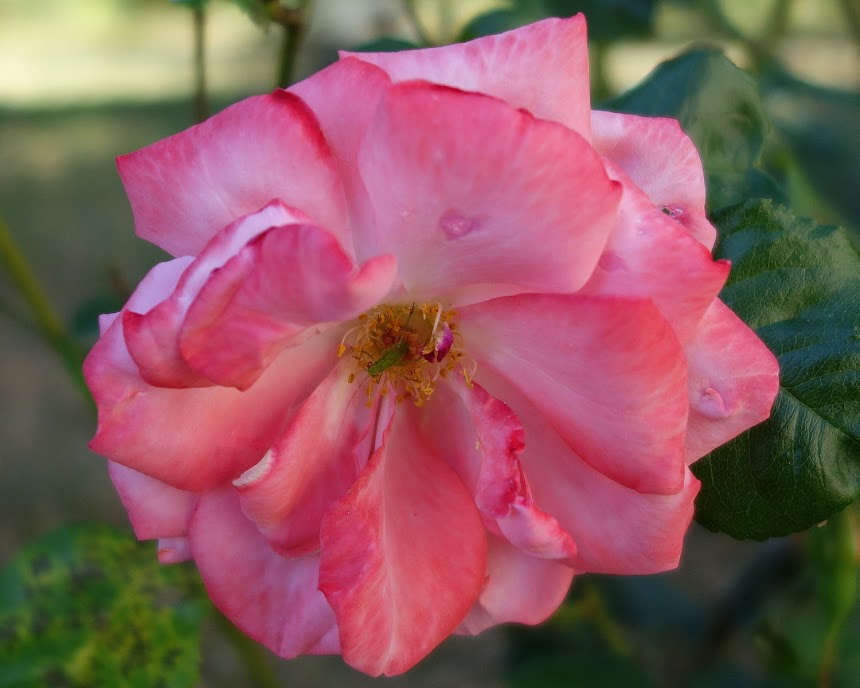 The hamlet where we live — 9 houses on the edge of an extensive vineyard and just two miles by car from the middle of Saint-Aignan-sur-Cher — has a couple of new residents this summer, and they're keeping goats! Still, 4 of the houses in the hamlet are unoccupied 90 percent of the time. That means 11 people live now here year-round. The hamlet consists of 12 or 13 acres of land surrounded by 125 acres of vineyards and woods (measured using Google Maps). 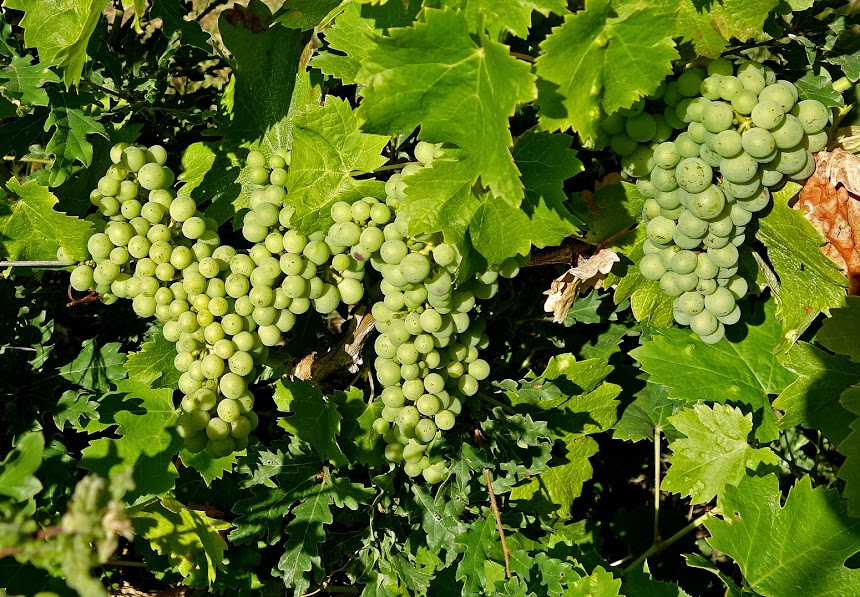 The grapes seem to be doing well right now. They like the dry, hot afternoons and the cool summer nights and mornings. Right now, two of the four houses that stand empty more than 11 months out of the year are temporarily occupied by there owners, both of whom live in the Paris area. Soon, we'll have more visitors in the hamlet, because one other house is currently being renovated and will be turned into a vacation rental property, a gîte rural. 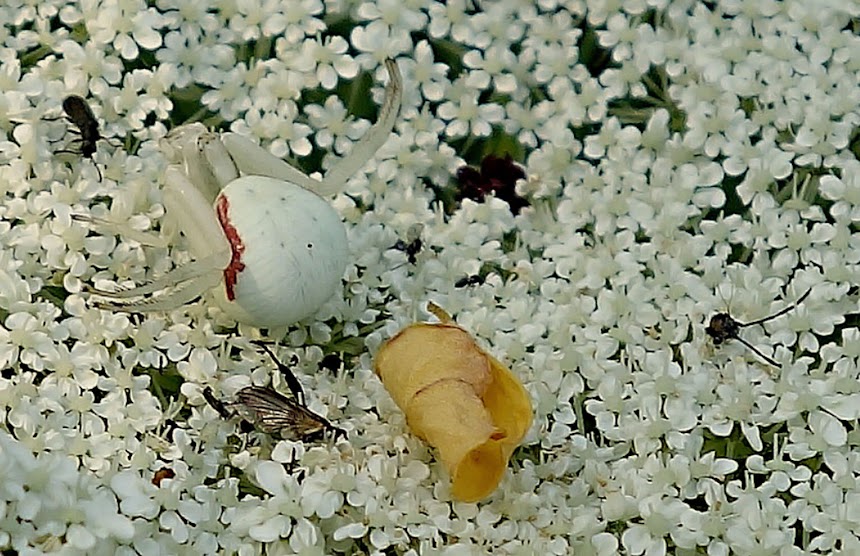 A lot of wild carrot plants, known also as Queen Anne's Lace, are blooming around the hamlet and around the edges of the Renaudière vineyard. When you look carefully at the flowers, you often see white crab spiders lurking on them, busy feeding on passing insects. I usually don't notice them until I look at close-up photos I've taken on walks with the dog. 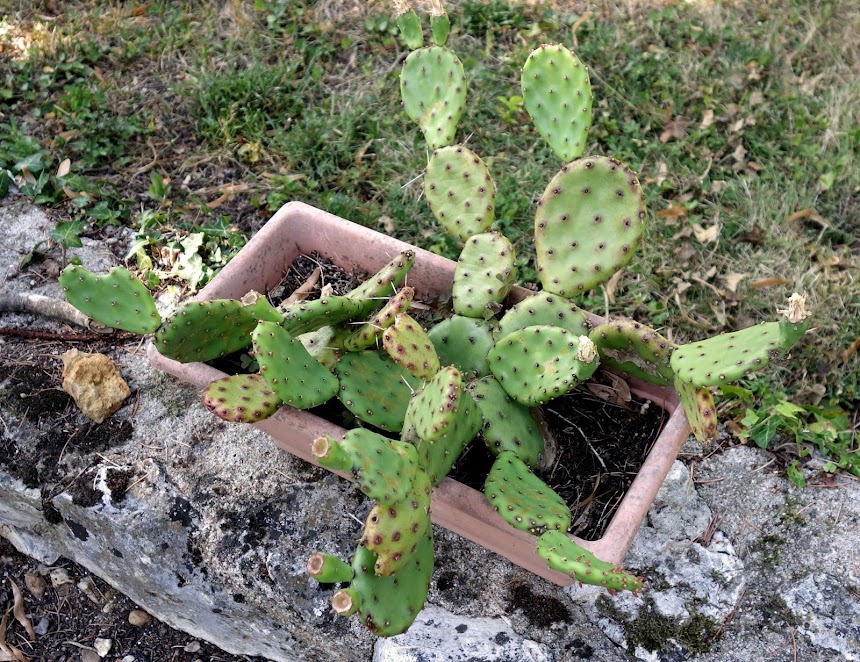 Finally, here's a photo especially for my friend CHM. It's a cactus plant that grew originally from cuttings he brought to Saint-Aignan from his house in Arlington, Virginia, 15 years ago. I planted it in a pot a few years ago and it seems to be happy. It flowered in June and July, but for some reason I didn't take any pictures of the blossoms this year.
Posted by Ken Broadhurst at 06:30