Recently, CHM mentioned the imposing monument and statue that honored the memory of the 19th century political leader and statesman Léon Gambetta and that used to stand in the Cour Napoléon at the Louvre, which has been the site of I.M. Pei's glass pyramid since 1988. Here's what it looked like a century or more ago in images on old postcards that I found on the internet. 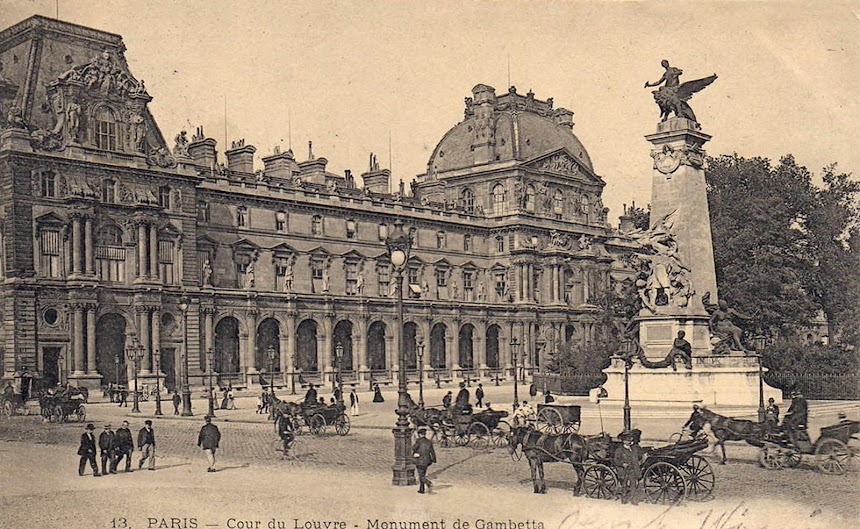 If I understand correctly, at the beginning of World War II the top piece of the monument was removed and melted down by the wartime Vichy government because the bronze was need for the French war effort. Then in 1954 the stone statue of Gambetta was taken down and put into storage at the Louvre. 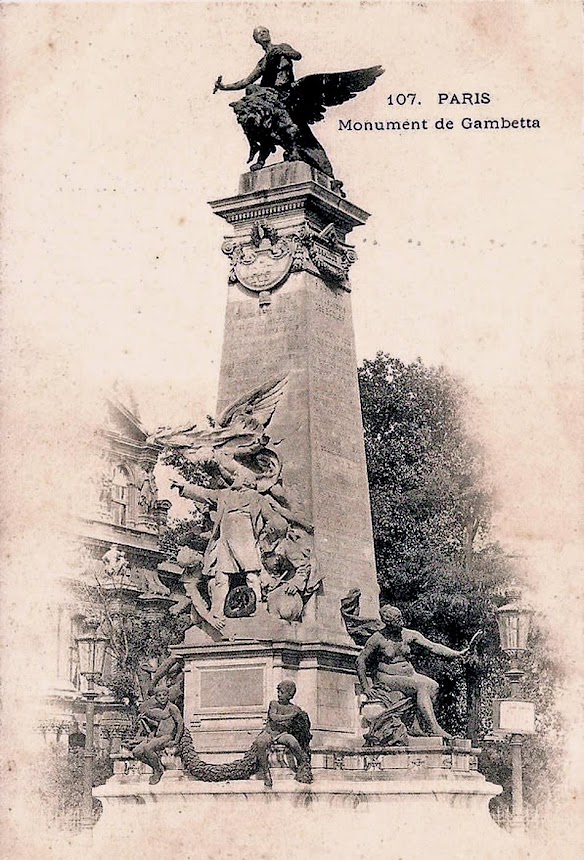 That statue now adorns the square Edouard-Vaillant facing la mairie du 20th arrondissement, near Père Lachaise cemetery. It was put there in 1982. Gambetta was a major figure in the third French republic from  1870 until his death in 1882. There are many monuments to his memory all around France, including his tomb in Nice. In 1920 his heart was placed in an urn and transferred to the Panthéon in Paris on the occasion of the 50th anniversary of the third republic. 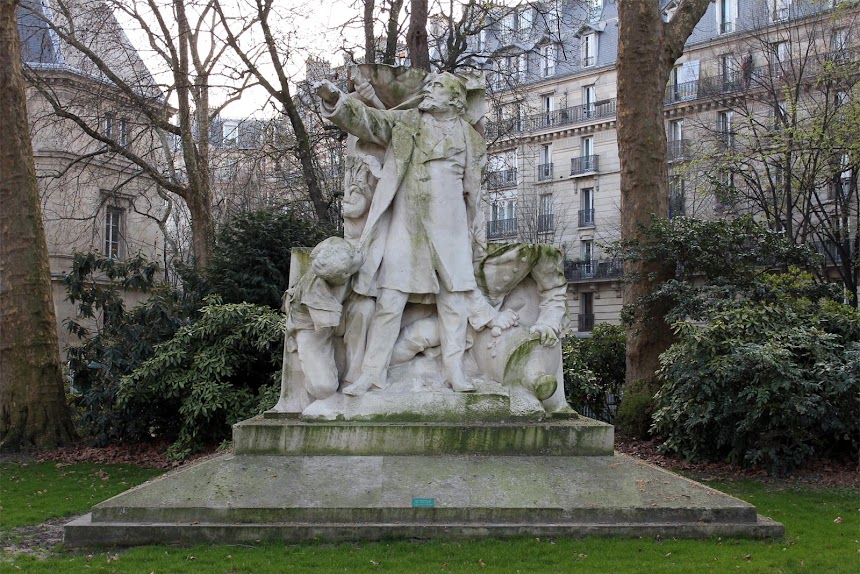 Thanks to Google Maps for this image.
Posted by Ken Broadhurst at 07:05