I'm not sure if Sèvres-Lecourbe is the name of this neighborhood, but I know it's the name of the Paris metro stop that you see toward the bottom of the first two photos below. This is the metro line that runs through the southern part of the city from the Place de la Nation in the east to the Place de lÉtoile on the west. That's where the Arc de Triomphe and the Champs-Élysées are. 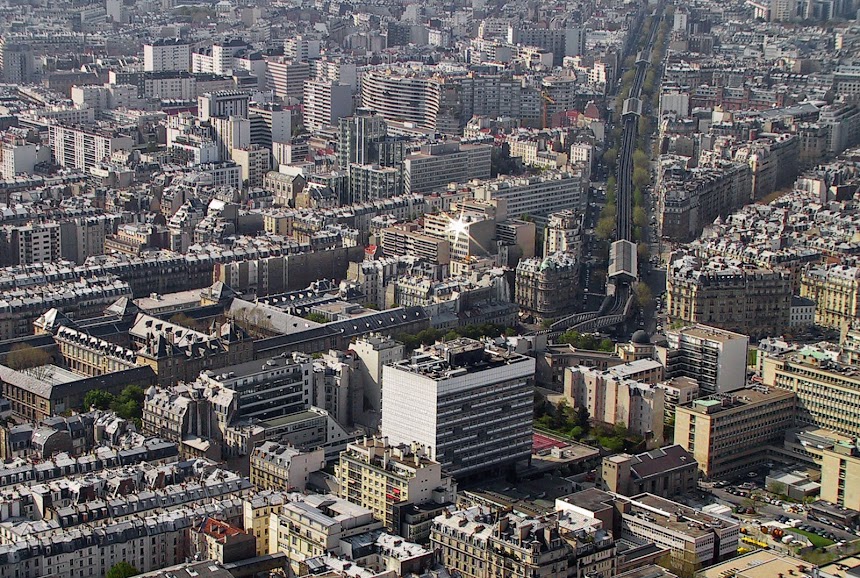 The section of the Nation-Étoile line that runs through the northeast corner of the 15th arrondissement is elevated (above ground) so you get good views when you ride it. 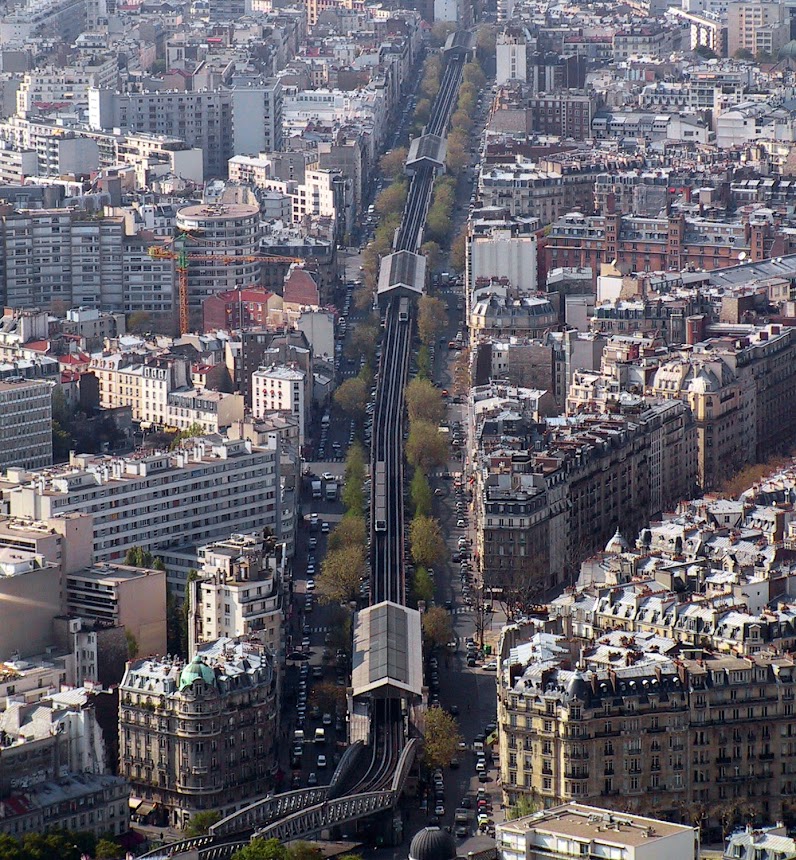 I took these photos on April 3, 2002, from the top of the nearly 700-foot tall Tour Montparnasse, which is nearby.

Three of these are very wide shots that you can enlarge in order to see them in detail. Then you can pan across them using the horizontal scroll bar at the bottom of the screen or by dragging them sideways.

Near the Sèvres-Lecourbe and Pasteur metro stops is the Lyçee Buffon, on the rue de Vaugirard. The neighborhood around the Sèvres-Lecourbe station is right on the border of the 7th arrondissement and the 15th. I've spent a lot of time thee over the past 10 or 15 years because it's where CHM's apartment is located.