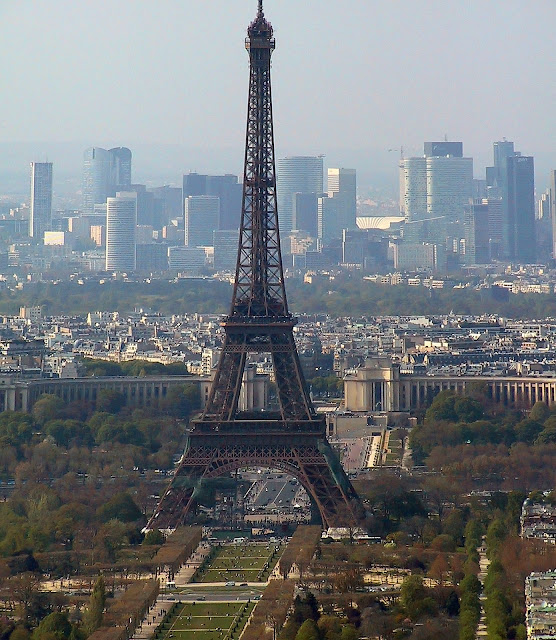 The city of Paris is divided into 20 arrondissements or districts ("roundings"). The 7ème arrondissement is on the Left Bank near the center of the city and covers about a mile and a half of territory. The population is about 50,000 these days. That's about 33,000 people per square mile.
The neighboring 15ème arrondissement, which is mostly residential, covers 3.25 square miles and has a population density that's twice as high — more than 72,000/sq. mi. (about the same as Manhattan in New York City). The overall population density of Paris falls in between at about 53,000/sq.mi.
Another comparison: Saint-Aignan, where I live, is about 150 miles south of Paris, and is the main town of a French canton that has an area of nearly 140 square miles. The population density of the canton de Saint-Aignan, pop. 19,000, is about 135/sq. mi. Even if the entire population of Paris lived in our canton, the density would be just 15,000/sq. mi. — half that of the 7th in Paris.

Sometimes it can start to feel a little lonely out here. But I have to admit, the quiet is nice. 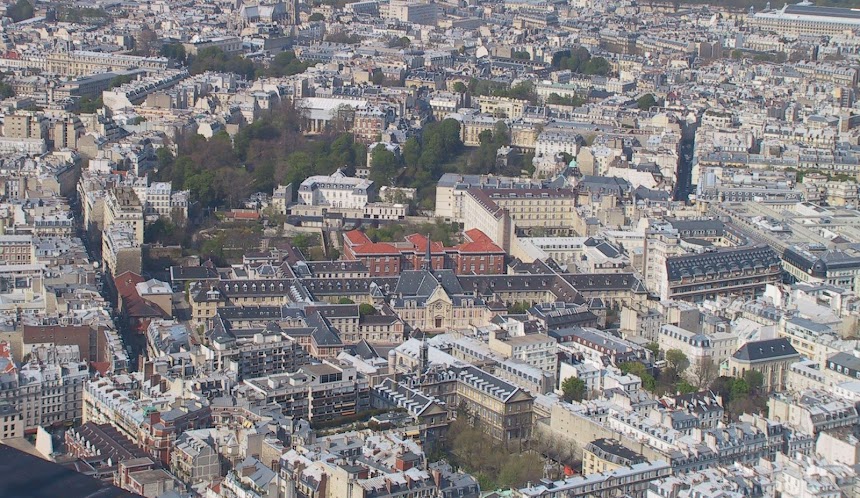 Much of the 7th is given over to grand monuments and large properties: the Eiffel Tower, the Invalides complex, the Rodin museum, the prime minister's residence, the residence of the archbishop of Paris, and so on. The photo above shows the part of the 7th that closest to the center of the city. The imposing white building set in a park is the archbishop's place. Just below it is the 17th-century Hôpital Laennec complex. 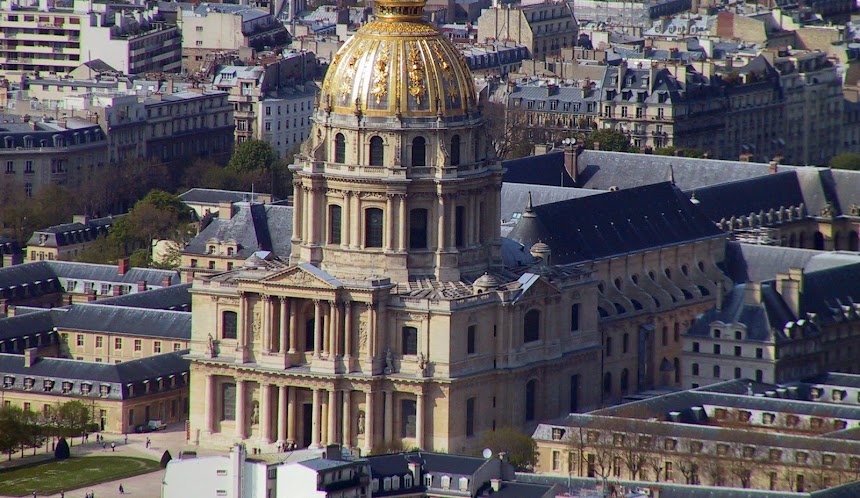 Part of the Invalides complex — it's a Louis XIV-era military hospital — is the église du Dôme, above. Inside, under the gilded dome is the tomb of the emperor Napoléon 1er. When the Invalides hospital was built, it was in a rural setting, just outside the city, surrounded by fields and grasslands. 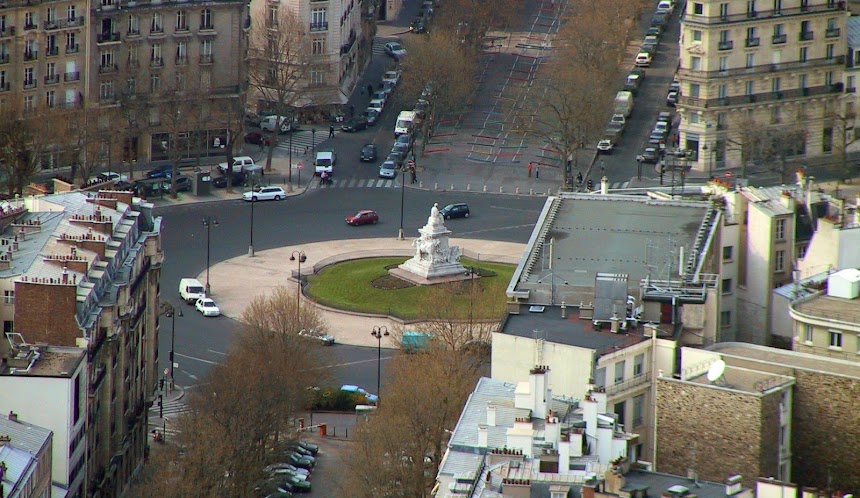 A wide avenue with a grassy median runs south from the dome of the Invalides for about a kilometer (just over half a mile). It's the avenue de Breteuil and the photo above shows the place de Breteuil with its monument to and statue of Louis Pasteur in the center. The wide street with all the markings you see at the top right-corner of the photo is the avenue de Saxe, where one of Paris's nicest outdoor markets sets up on Thursday and Saturday mornings. It's called the marché Saxe-Breteuil.
Posted by Ken Broadhurst at 07:45