Some of my favorite plants 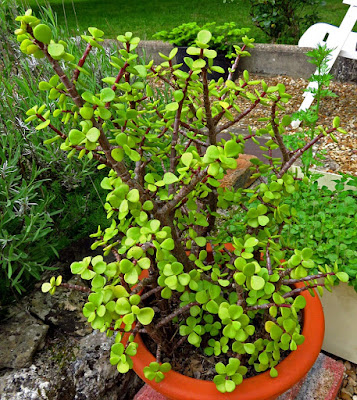 For decades I've kept a lot of plants in pots around the house and yard. In San Francisco, where the low temperature seldom went below 40ºF (+5ºC) — and where the high temperature was seldom above 70ºF (20ºC) — most of my plants could stay outside year-round.
Here in Saint-Aignan it's more complicated, because I have to bring a lot of plants inside in November and keep them in until April or May. Including the one on the right, Portulacaria afra, variously known as Elephant Bush, Pork Bush, or Small-Leaf Jade.

I've managed to keep these plants going for a decade now. The cactus doesn't actually have to be brought inside in wintertime unless we are going to have a very hard freeze. I have some of it planted in a bed on the south side of the house, where it is protected from the coldest weather. The potted ones can spend the winter outside under a cold frame. 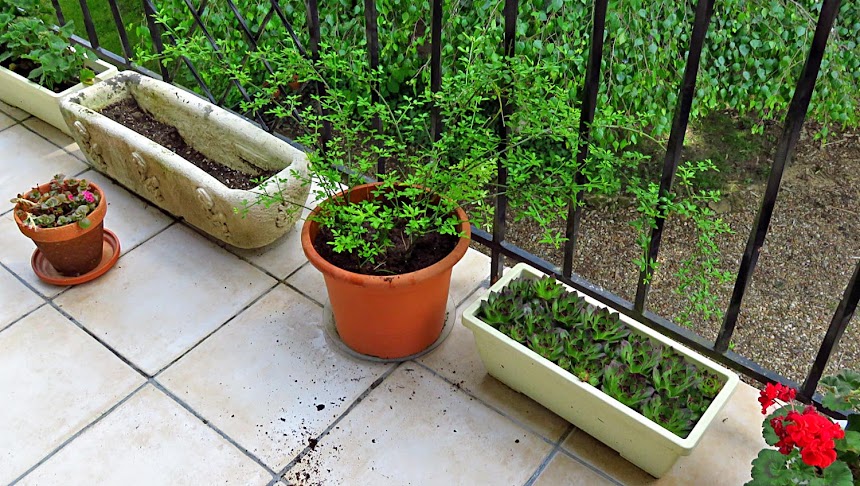 Above is a yellow jasmine plant that grew from cuttings that CHM took from a plant in his back garden in Paris. He's lucky to have a garden in Paris — I'm sure there aren't that many left any more. The yellow jasmine or jasmin d'hiver flowers in wintertime. This one is only a year old, and it already produced a few flowers last January. I'm hoping for a more robust flowering next winter. 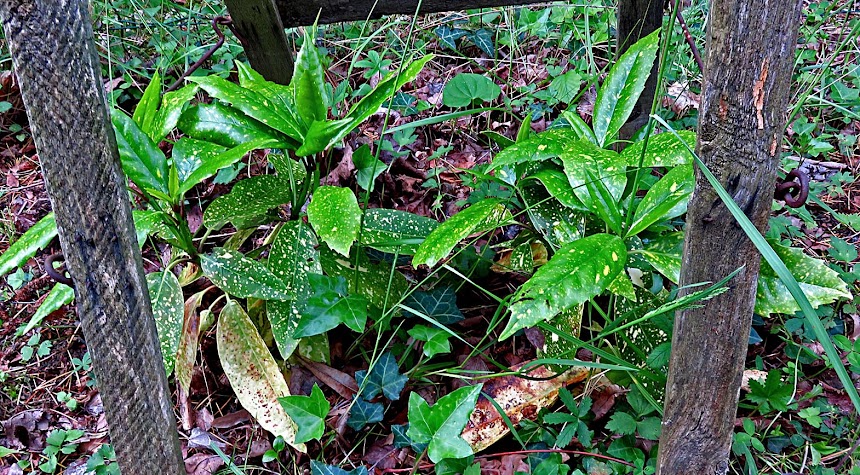 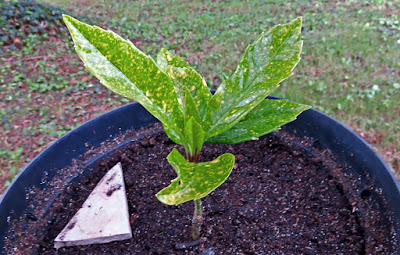 Finally, CHM also gave me some cuttings from a very old Aucuba japonica plant that grows in his Paris garden. I've heard it called Gold Dust Plant, or Spotted Laurel. It hasn't been easy to get it growing here in our yard near Saint-Aignan — I don't know why. This past winter, mild and damp, seems to have been kind to it. Some is growing in the ground and one plant is still in a pot.
I have a lot of other potted plants, but these are some of the ones that I am enjoying the most this spring.
Posted by Ken Broadhurst at 07:30