Here are a few more wild carrot photos. Meanwhile, yesterday we were invited to a party by our part-time, summertime neighbors who live nine or ten months out of the year up in Blois. It didn't seem appropriate to take my camera with me... 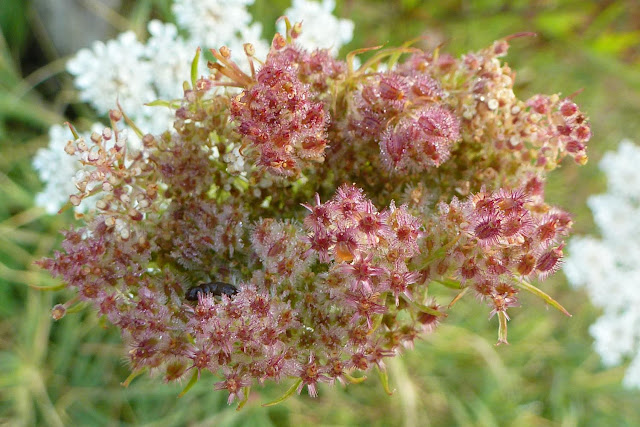 B, now 88, and M., three or four years younger, were to become our first friends in the Saint-Aignan area. When we arrived here and started getting moved into our house in June 2003, they drove down from Blois, where they live most of the year, to begin their summer stay in the country. M had heard about us, and she came over immediately, rang the bell, and invited us to their house for a glass of wine and a get-to-know-you session that first evening. That's the kind of people they are. M is especially energetic and outgoing. 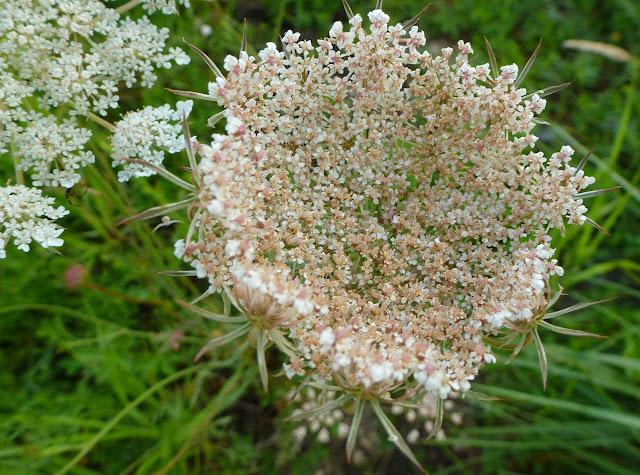 Over the past 15 years, M and B have always included us in the Bastille Day, wedding anniversary, birthday, and other parties they throw. Sometimes, as on their 50th wedding anniversary wingding 10 or 12 years ago, there have been more than 100 people in attendance. Yesterday, there were probably 30 or 35 people there — just the family and us. M and B have seven children, by the way, countless grandchildren, and now a good number of great-grandchildren.

Yesterday's gathering may well have marked the end of an era. 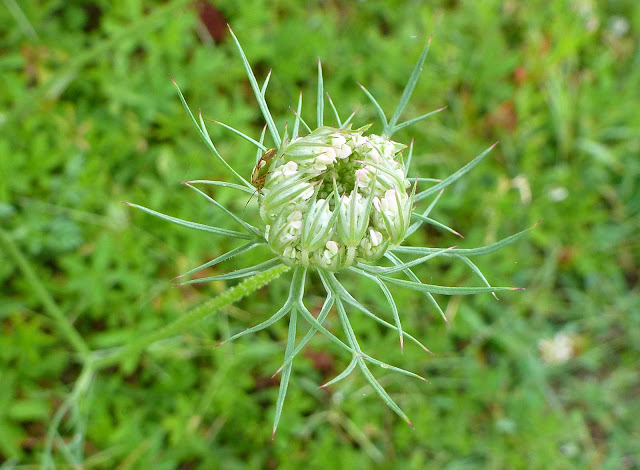 M told us that she is turning the keys to their summer house over to their eldest daughter, who also lives in Blois. M said she can't take care of it any more, and B is soon going to have to stop driving (Blois is 25 miles north of here). To mark the occasion (and M's birthday), they also invited another old friend of ours, G, a woman who is also 88 years old and who seems to be fading fast. It was good to spend an afternoon with her, and I drove her home (the other side of the village) when she was ready to go. I think the crowd and commotion confused and exhausted her. 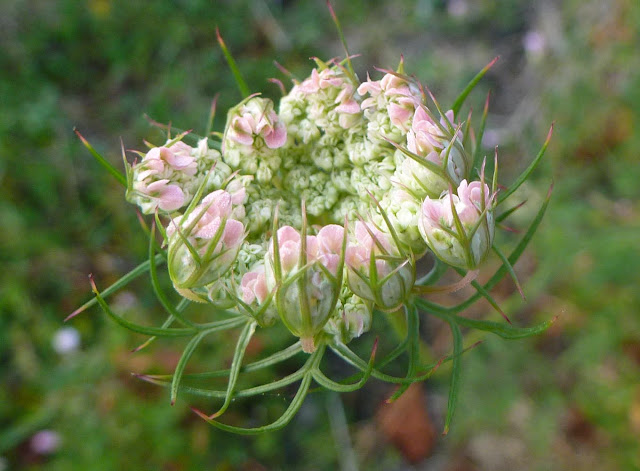 It's amazing to have lived here long enough to see all this happen, and to have been "adopted" by such people. The afternoon party was outdoor drinks, nibbles, a full lunch of salads and cold sliced meats, plus wine and desserts. Six of M's and B's sons and daughters were present, with their spouses. There were many, many small children there, running in every direction. It was so nice to be included. The whole afternoon reminded me of a 2008 film I discovered recently and have watched several times. It's called L'Heure d'été ("Summer Hours") and is about the sudden, unexpected death of a widow who is the matriarch of a large, prominent family like our neighbors' clan. What will the baby-boomer children decide do with the family house and its contents? It's sort of a new version of les anciens et les modernes — old ways of life fading, new ways of life being adopted. Some of the widow's sons and daughters don't even live in France, and don't intend to return. I can't do it justice, but it's a very poignant story and a film I'll watch many times, I'm sure. Some of my favorite actors are in it. France, like everywhere else, is really changing radically these days. Maybe that's always been the way of the world, but people move around more now than they used to. Borders have fallen... at least to some extent.
Posted by Ken Broadhurst at 07:00