...using the same dough. I decided to make a focaccia-bread pizza for lunch yesterday. I made dough according to a recipe I had in our database (mostly recipes we've found on the internet over the years) but I accidentally poured in too much water for the amount of flour I was using (où ai-je la tête ?). 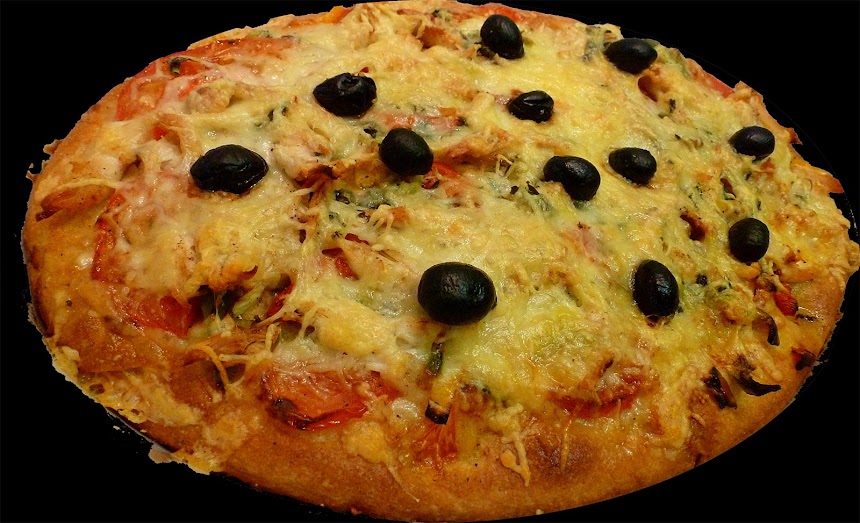 So I just kept adding flour until a dough ball formed in the stand mixer, doing it completely au pif (following my nose) or, as we say, eyeballing it. The other ingredients were 10 grams of yeast, a teaspoon of salt, and a teaspoon or two of raw cane sugar (cassonade in French). At the end, I got tired of putting in more and more flour — in all, I must have used 6 or 7 cups — so I poured in about ¾ cup of instant-cooking polenta. I figured that would give the focaccia some texture, crunch, and extra flavor. 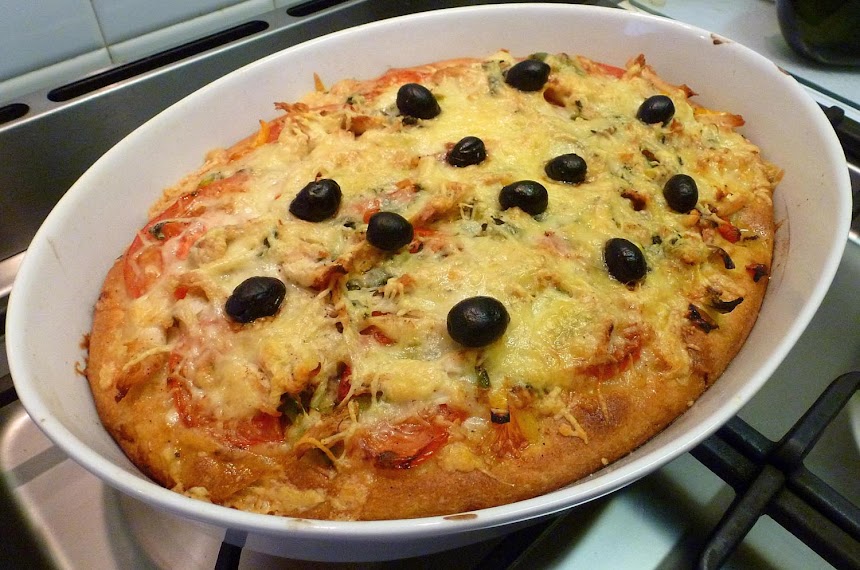 The toppings were fresh sliced tomatoes, frozen bell pepper strips (three colors), and a cooked chicken breast, shredded (we had one left over from grilling a whole chicken a couple of days ago). All of that topped with grated Comté ("Swiss") cheese, a drizzle of olive oil, and some black olives. I baked the focaccia pizza in a big oval oven dish, in a hot oven. 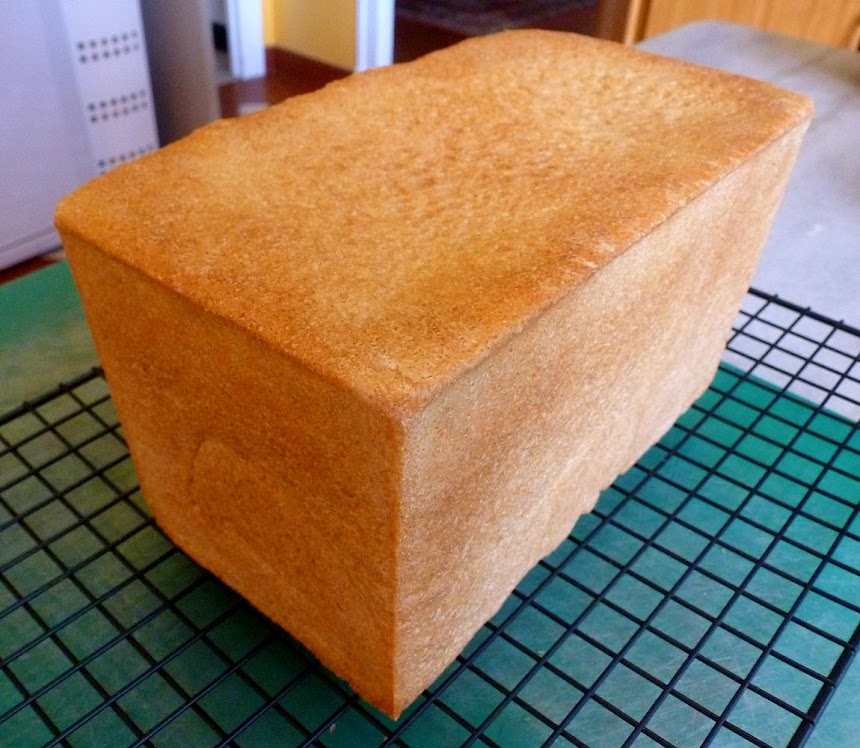 Well, I ended up with so much dough that I briefly considered freezing half of it and just using one half to make the focaccia itself. Then I thought, why not just put half the dough in the non-stick Pullman-type pain de mie pan-with-a-lid and cook it first? Then the oven would be hot and ready for baking the focaccia. Both halves of the dough ball rose beautifully, doubling in volume. The pain de mie turns out to be the best one I've made so far in the special pan. It's light, almost fluffy, and doesn't taste gummy when you eat it. I think the polenta made a big difference.
Posted by Ken Broadhurst at 06:30