You probably know what beignets are — they make them, famously, in New Orleans. Another word for them is fritters. And if you're not American, you probably know what courgettes are. They're zucchinis in the U.S. — green summer squash. We're getting so many of them from our three plants that Walt has started taking the bigger ones right to the compost heap. We are cooking zukes every day now. And by the way, the temperature is supposed to hit 90ºF this afternoon. 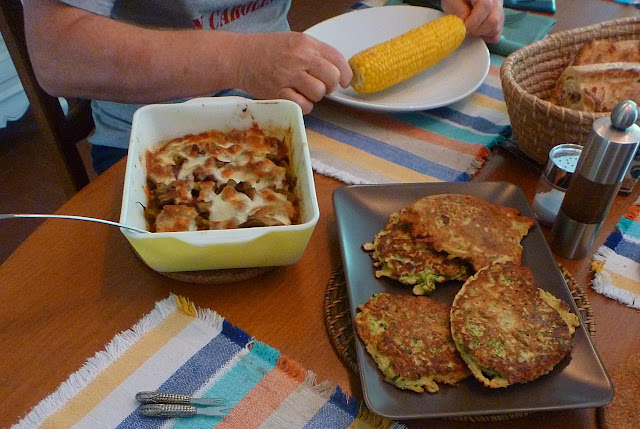 Yesterday we made fritters. Notice also that we had corn on the cob — for the third time this summer. These ears came from the Grand Frais market up near Blois, and they were grown in Portugal. In the gratin dish, those are green beans from the garden in a tomato sauce (dried tomatoes and tomato paste from last year's garden) with melted mozzarella cheese on top. 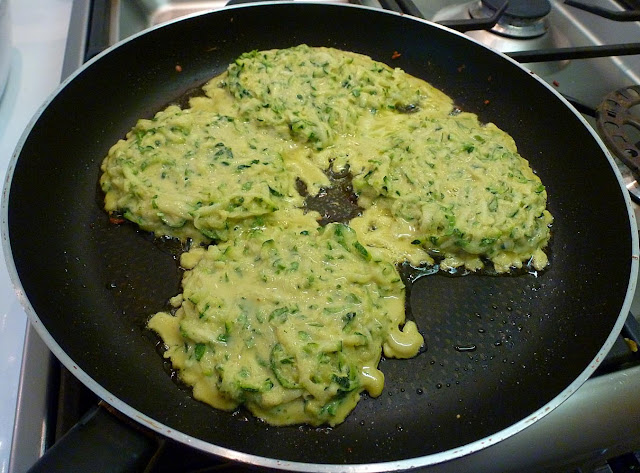 There's not much original about zucchini fritters. However, we made these with chickpea flour (also known as "gram flour") instead of wheat flour, so they are gluten-free. We also put fresh herbs — basil and thyme from the garden and greenhouse — in them. Soon, I want to use corn meal to make fritters. We also have some buckwheat pancake batter that I want to turn into fritters by adding grated zucchini to it. 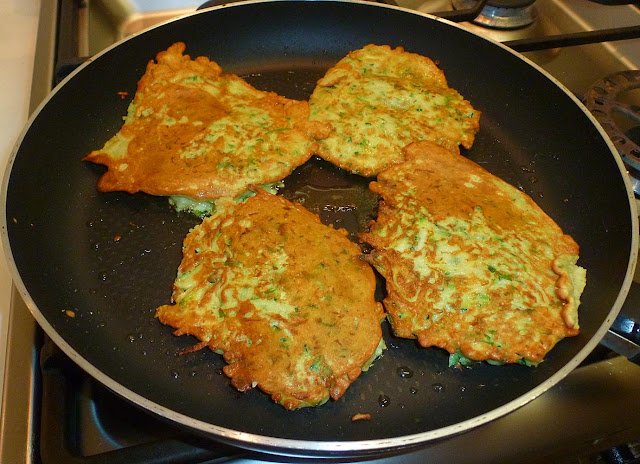 I think we'll probably be making more zucchini fritters over the next week or two. Today, though, I'm going to make something like this — zucchini in a cream sauce with pasta, but with shrimp rather than chicken. I'm getting hungry just thinking about it.
Posted by Ken Broadhurst at 06:45