La Borne — a hamlet, not a village

La Borne, in the old Berry province — Saint-Aignan was called Saint-Aignan-en-Berry until a couple of centuries ago — really feels like a village. It's not like Mennetou-sur-Cher, which is also in the Berry province. That place is fortified and compact. It feels more like an urban area compared to La Borne, which is bucolic. 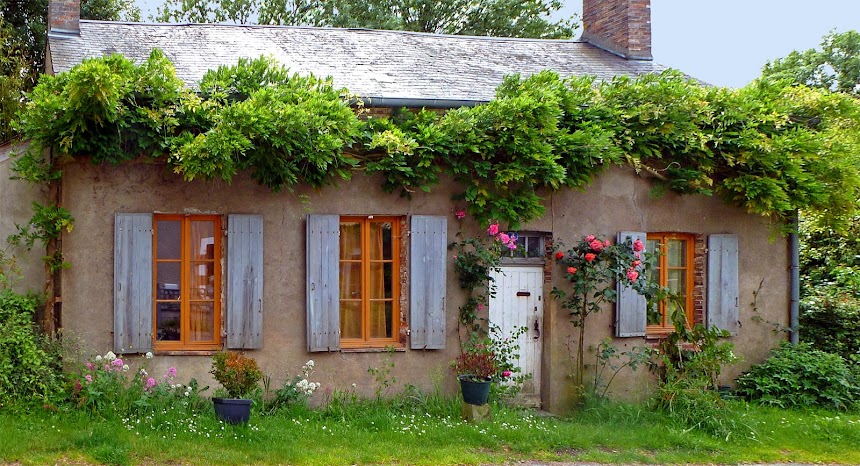 La Borne is actually what, in French, is called un hameau — a hamlet — a little like Marie-Antoinette's famous hameau in the park at Versailles. It's rural and green, with lots of flowers. There are big houses lining the road, but there are also plenty of cute little cottages. In fact, there is no church in La Borne. That makes it a hamlet, not a village or town. It is also not a commune — a municipality with a mayor and town council. La Borne is just a settlement. It straddles the boundary between two communes, Henrichemont and Morogues. 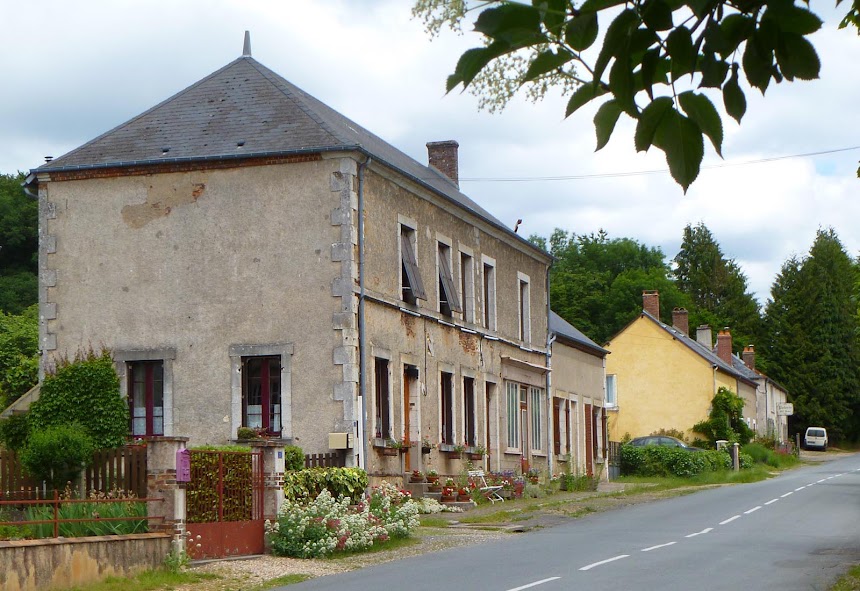 La Borne is just a road, really, lined with houses. Some of the houses are the subject of this post. Along the road, which links the stillborn planned town of Henrichemont to the famous hilltop wine village (or town) of Sancerre, there are also little side roads that are, themselves as well, lined with houses, but feel much more compact. Those are hamlets too, in their way. They're like the hamlet we live in, outside Saint-Aignan. 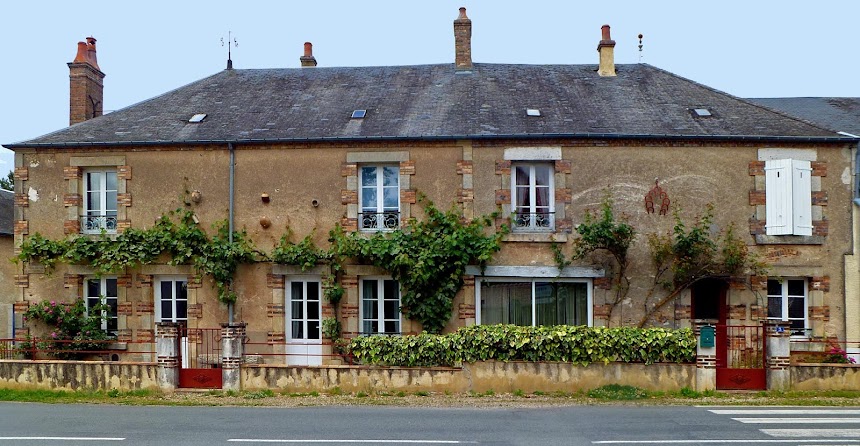 Some of the houses in La Borne are pretty cottages like the one in the first photo above. But a lot of the houses that are right on the road are more grand bourgeois-style buildings, some of them in a more severe architectural style. 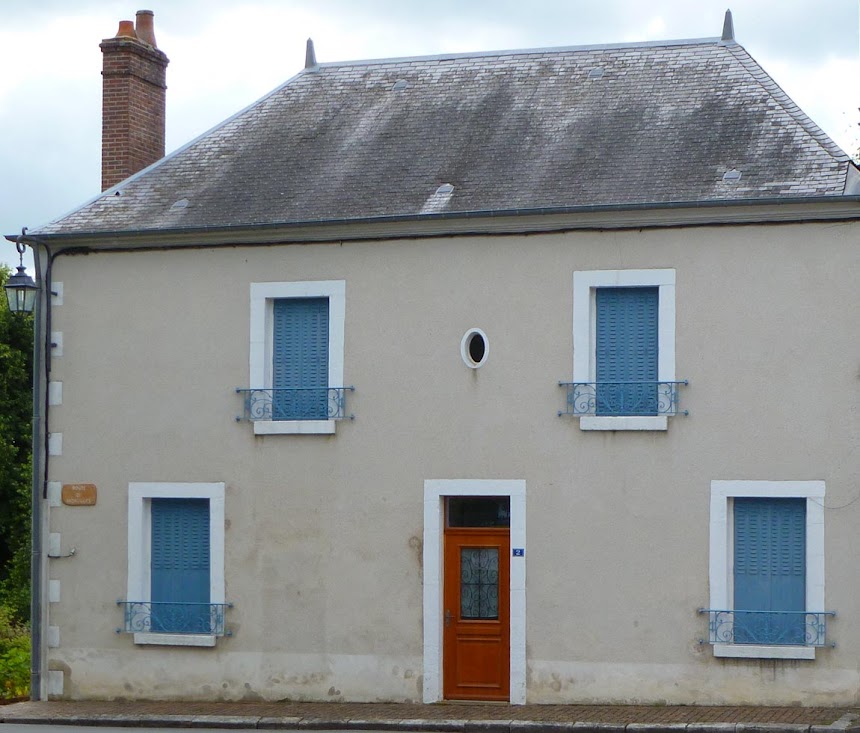 Houses like the one above, that are really right on the road, often have all their shutters closed. You can't tell if anybody lives there or not. Maybe it's a résidence secondaire (a holiday home, the British say, or summer home — a weekend retreat). The people who own it might live principally in Bourges, Blois, Orléans, or even Paris. 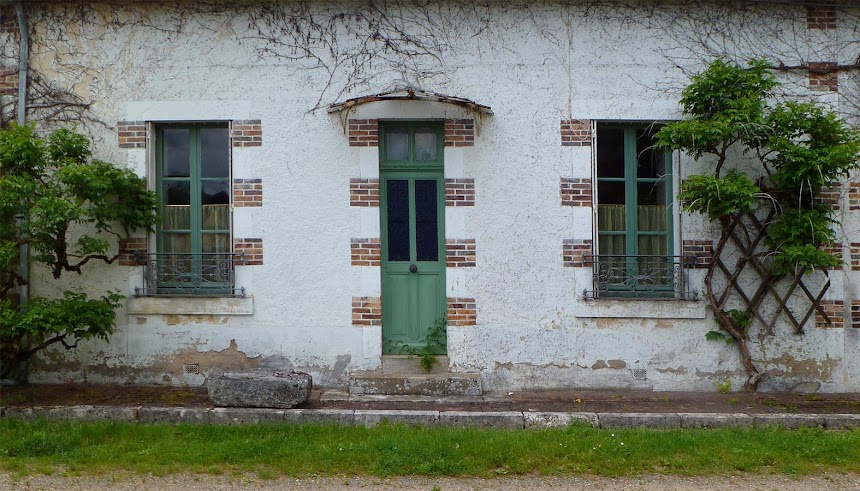 Or maybe all the shutters on the back side of the house are open, and there might be a very large and/or very pretty lawn or garden back there, where people live happily full-time — eating, drinking wine, laughing, talking, gardening, and just enjoying life. Closed-up houses lend an air of mystery to places like La Borne. Are there no people, or are they just hidden discreetly from public view?
Posted by Ken Broadhurst at 06:30