Another attraction in La Borne is a place called the Centre céramique contemporaine. It's partly museum and partly museum shop. You can browse around in the shop for free. You pay a modest entry fee to have a look around in the museum section. My impression was that everything on display was for sale. It looked like this. 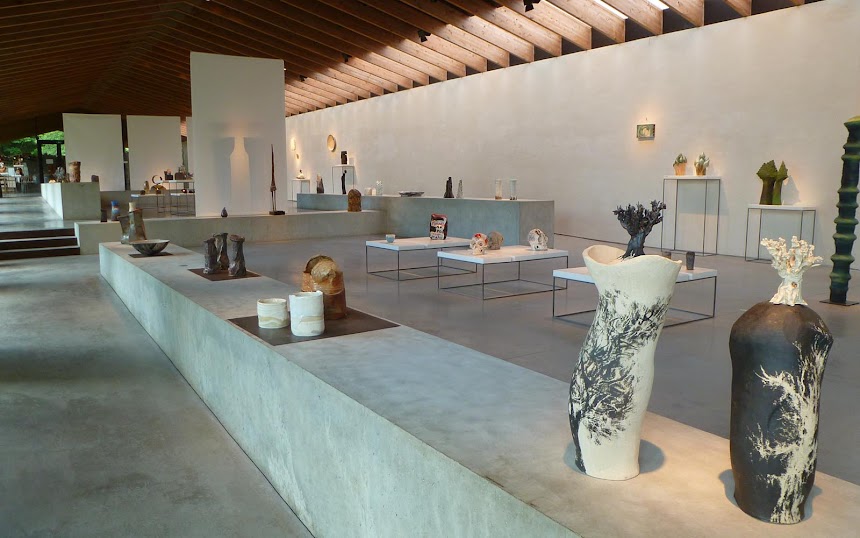 One of the featured artists when Sue and I were in La Borne at the beginning of June was a sculptor who works with both metal and ceramics. His name is Jean-Raymond Meunier and here's a link to a web site about him and his work. He's the artist who did the blue dogs I posted a photo of a couple of days ago. He says on his site that he has been influenced by cartoonists like Claire Brétecher. 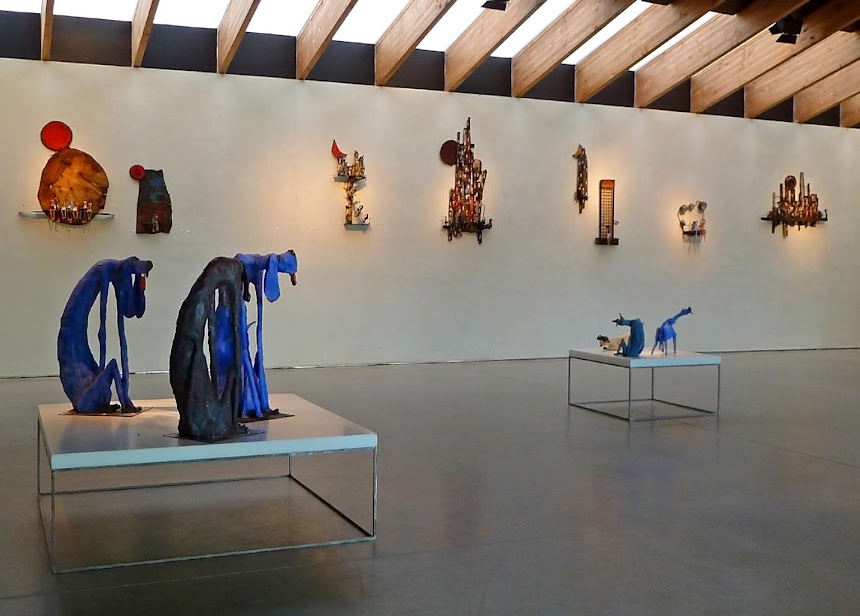 In the photo above, you can see how his works are displayed at the Centre. Below are close-up shots of two pieces that were featured in the exhibit. You can see them "in context" in the photo above. The first one is called « À la ville » 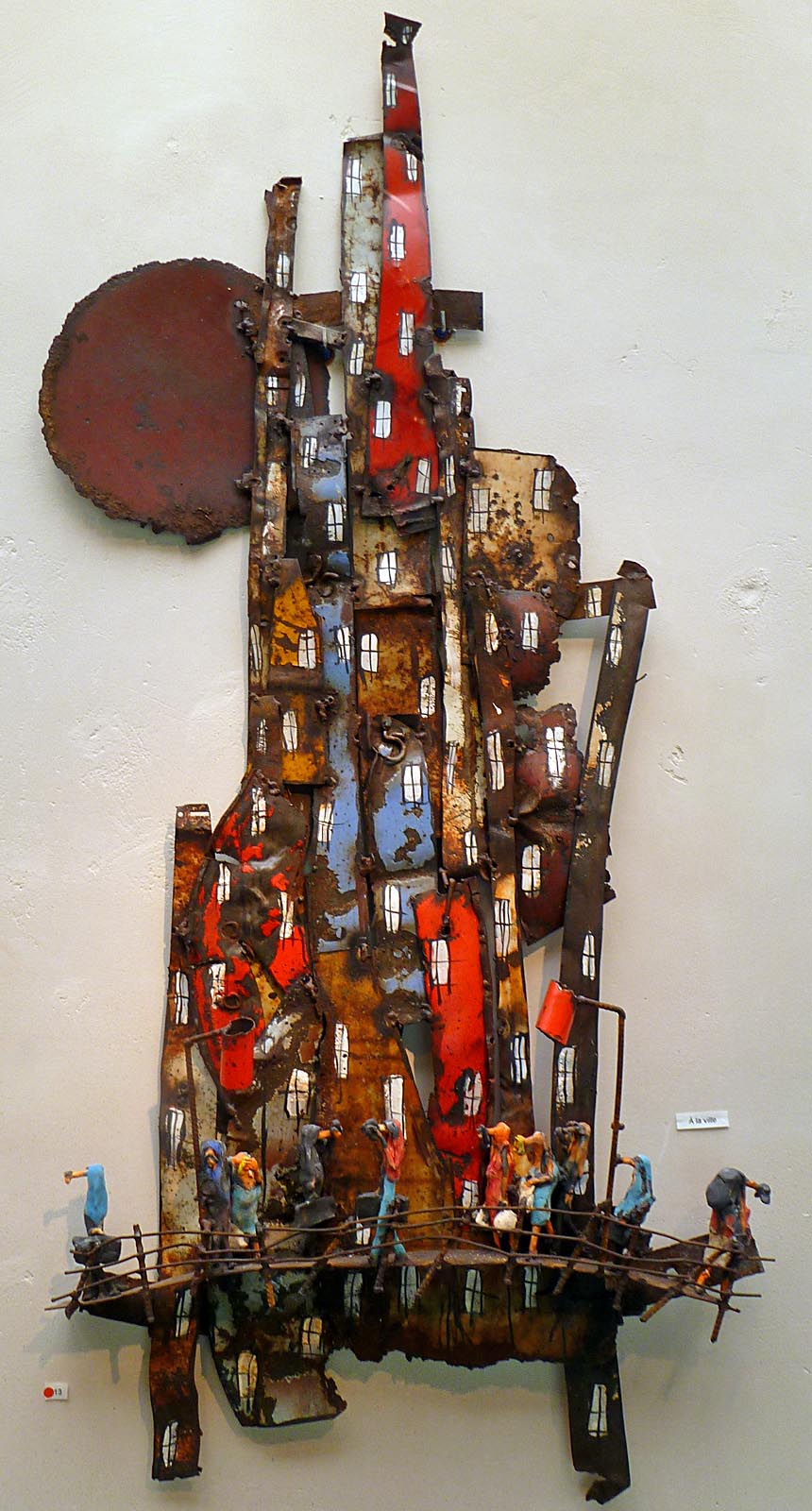 The second piece, of which my close-up shot shows only a detail, is also visible in the second photo above. It's called « La brochette ». I don't understand exactly why it's called that. 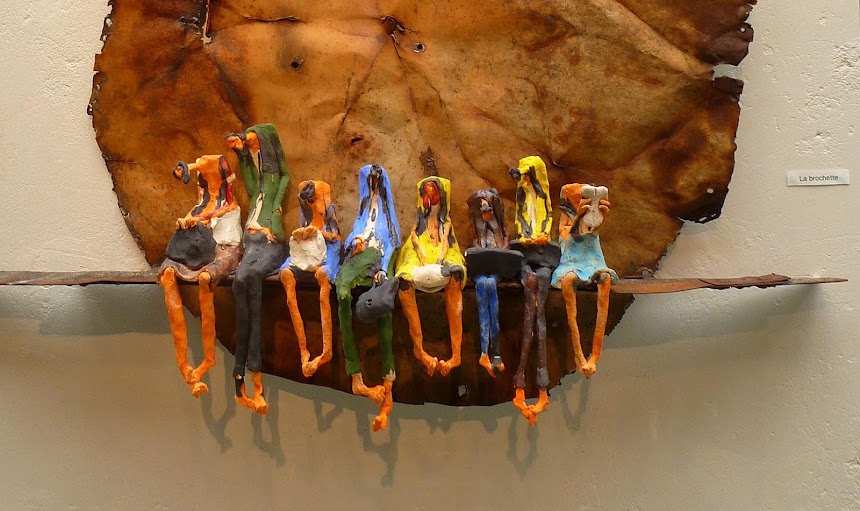 I guess the figures are sort of arranged to resemble skewered meat or vegetables. To me, they look like they are waiting for a Paris metro train to pull into the station. What do you think?
Posted by Ken Broadhurst at 06:30