A frog, a lizard, and the color blue 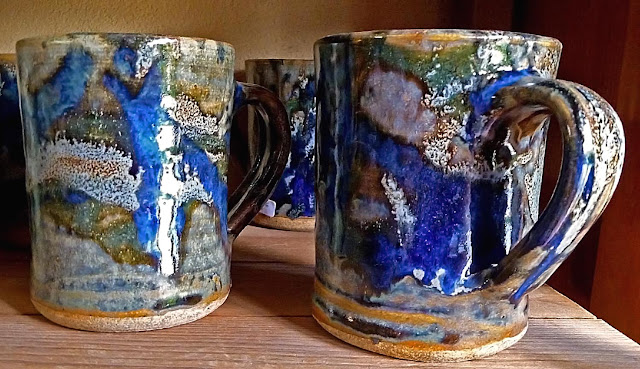 You'll never believe what I saw in our little greenhouse this morning. A frog! Or maybe it's a toad — we've had plenty of those out in the pond and around the yard over the years. They're brown, not green like the frogs living in the pond this summer (and in other years). 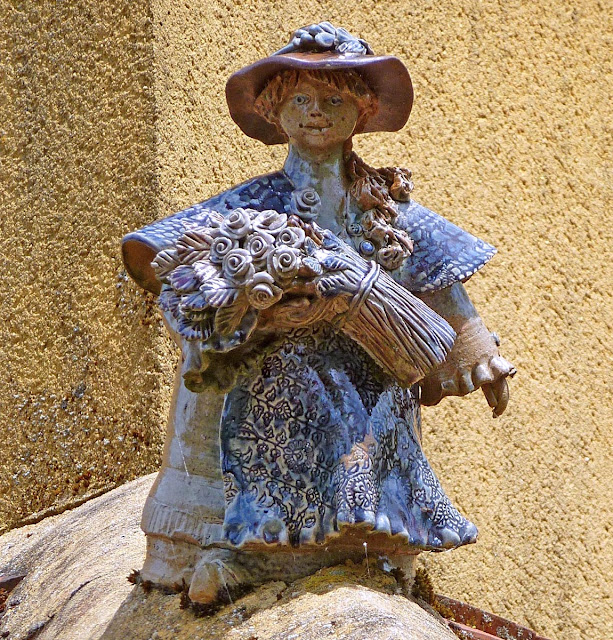 I got up before five this morning and, as every morning, went downstairs and out through the lean-to greenhouse into the yard so that Tasha could go faire pipi. It was when we came back into the greenhouse and I slid the door closed that I noticed some unusual movement down at the bottom of the door. 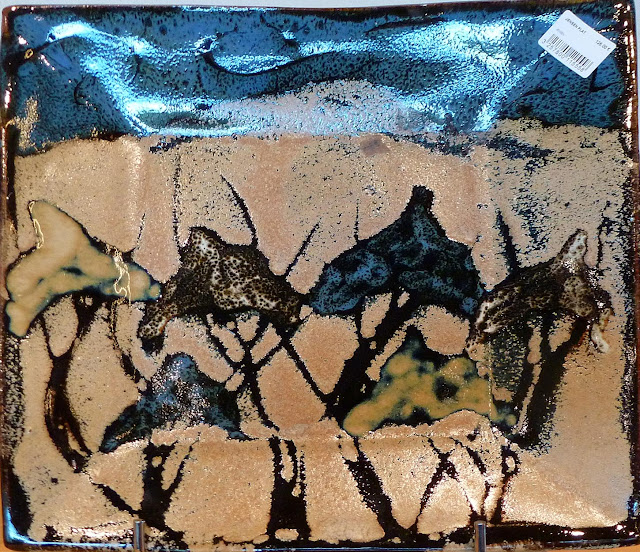 It wasn't very light in there, but what I saw moving around on the door frame was a tiny frog or toad, not much more than an inch long. It had long back legs and it looked to be of a pale brown or beige kind of color — but as I said the light was dim so I can't be sure. And it was too dark for a photo. I'll go look again after the sun comes up and see if I can find the creature again. This really has been the year of the frog for me. 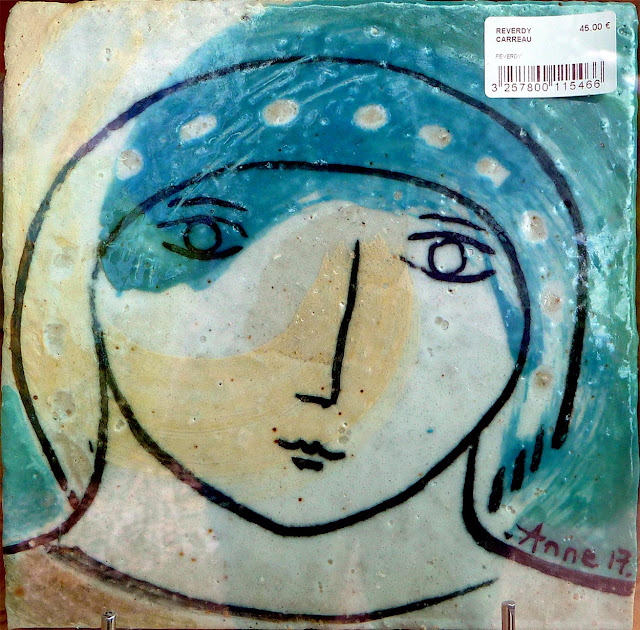 Yesterday, in the evening before dark, I noticed that a lizard had come into the house through one of the skylight Velux windows up in the loft. I tried to catch it but it got away. Walt tried to catch it but he failed too. Tasha was oblivious. So we just gave up. It wasn't a very big lizard and they don't bite or anything, so we just let it stay in the house. I hope the poor thing found a way to get back outside.

P.S. This morning I found out who the Anne is who did the tile to the left and the green one I posted yesterday. She's Anne Reverdy, and she doesn't live or work right in La Borne but in or near the adjacent village called Neuvy-Deux-Clochers, direction Sancerre. 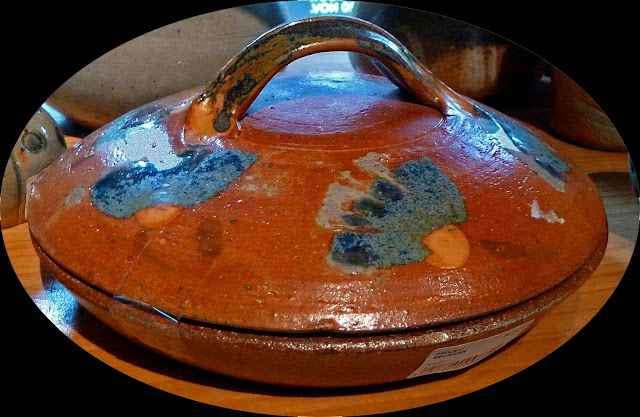 Today's theme is the color blue. That's what the photos here are. They have nothing to do with frogs or lizards, but are pictures I took more than a month ago in the well-known pottery village of La Borne near Bourges and Sancerre in the old Berry province.
Posted by Ken Broadhurst at 06:30