This could be called moussaka but it's not traditional. Instead of making a thick sauce béchamel (flour, butter, milk) as a topping and adding cheese as well as egg to it to make it set up to a firm consistency as it cooks, I just made a batch of polenta with melted cheese in it. That was the topping for an eggplant gratin made with tomato/meat sauce. Those are slices of pre-cooked potatoes on the bottom. They're optional. 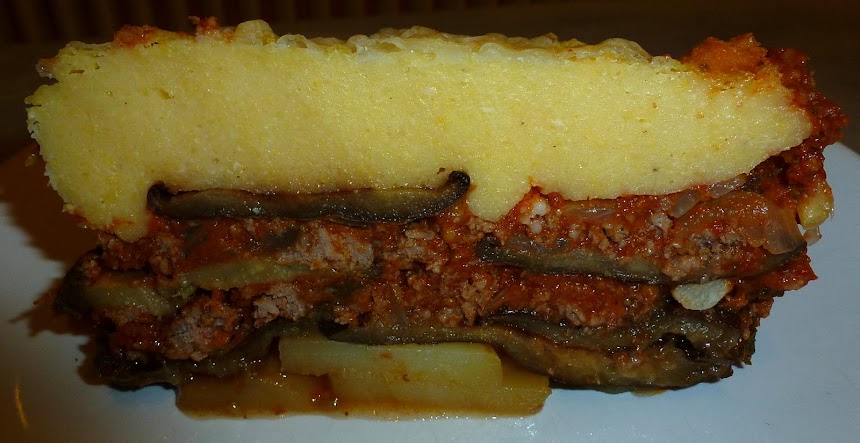 The tomato sauce is made with ground beef and flavored with oregano, onion, garlic, bay leaf, cinnamon, and powdered fennel seeds. I used about 500 grams of beef and two cups of home-made tomato sauce thickened with a few tablespoons of tomato paste (also home-made but that's not crucial). After browning the meat, I poured on the sauce and let everything cook together so that the result was not too watery but, instead, pretty thick. 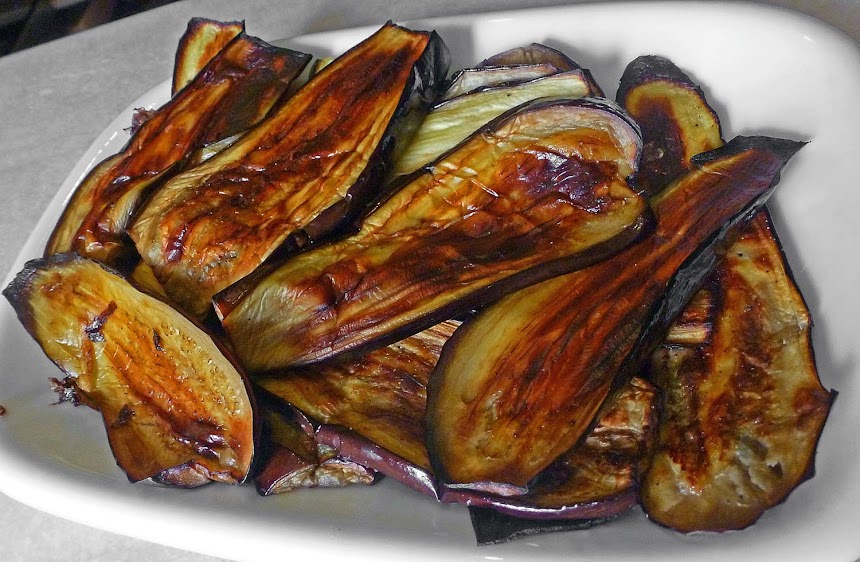 The most time-consuming and labor-intensive part of the recipe is preparing the eggplant (three large aubergines) before putting it in the gratin dish with the sauce. Most recipes call for slicing the aubergines, salting them, letting them drain for an hour or so, and then frying them lightly in olive oil. That's not what I do. I think the salting is unnecessary. I slice the eggplant, put the slices on silicone pads or parchment paper (papier de cuisson) on cookie sheets, brush them with a little olive oil on both sides, sprinkle them with salt and pepper, and bake them in a hot oven for 10 to 15 minutes until they are tender and browned. This time, I had three batches of eggplant slices to cook that way, so it took a while. But it's a lot less messy than frying. 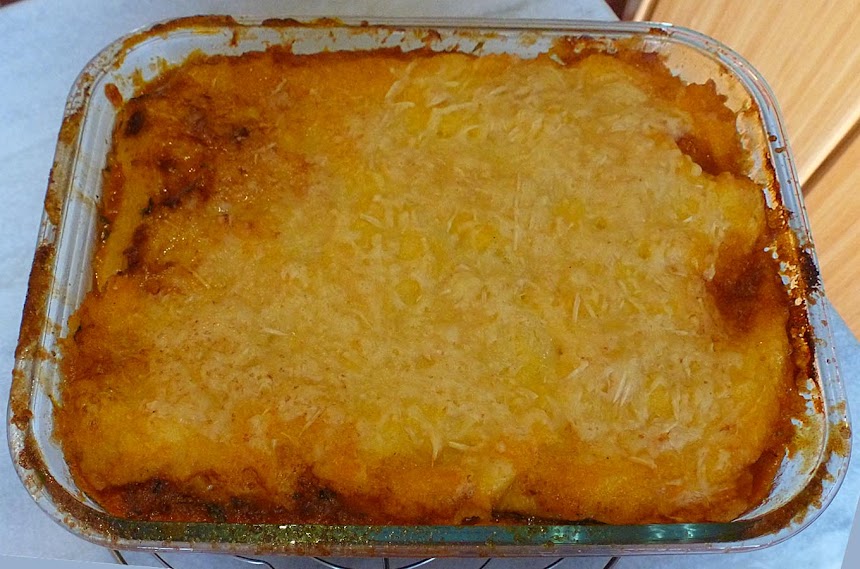 The polenta came from the supermarket. I just made it according to package directions and then added about 100 grams of grated Gruyère ("Swiss") cheese to it, along with salt and pepper. Then I spread it over the top of the layered eggplant and sauce and scattered another 50 grams or so of grated cheese over the top of the polenta. It baked in the oven for about 40 minutes, just to brown slightly. I like this revisited « moussaka ». I posted the original recipe in 2015.
Posted by Ken Broadhurst at 06:30