I've been sitting here for two hours this morning processing photos of flowers. Cropping them, mainly, and resizing them for posting on the blog. I have 10 photos of what we call Queen Anne's Lace flowers that I want to show, so I'll post five today and five tomorrow. 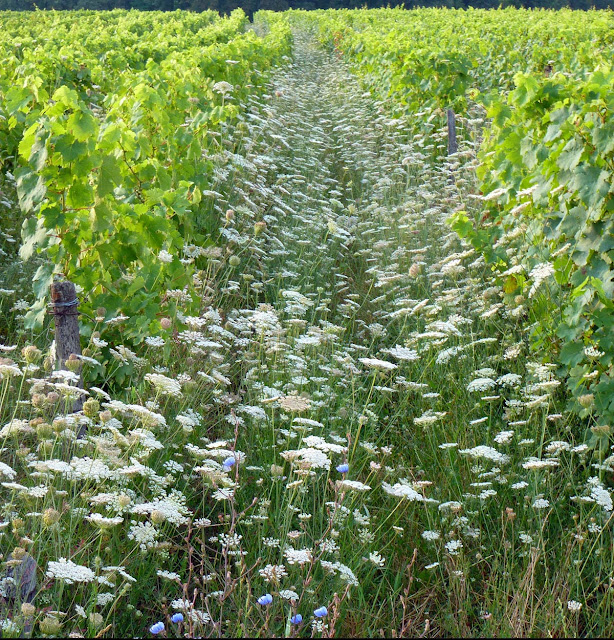 There are a lot of Queen Anne's Lace plants out in the vineyard every year — this is our 16th summer here — but I truly believe that this year's bloom is the most amazing I've seen. So many vineyard rows look like this one. 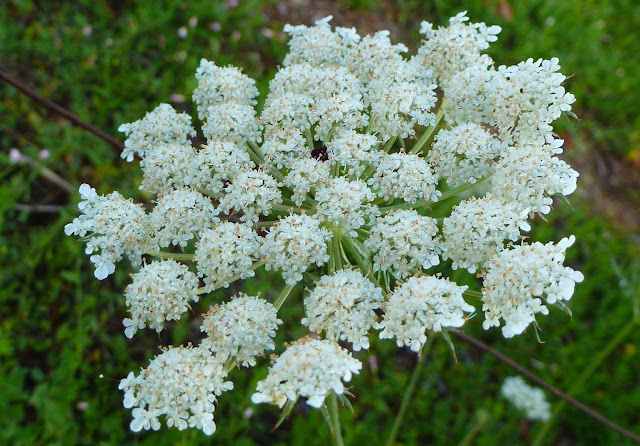 The umbrella-shaped flower heads look like this. I'm sure you've seen them before, but you might not have seen so many of them at one time. The plant is actually a wild carrot. 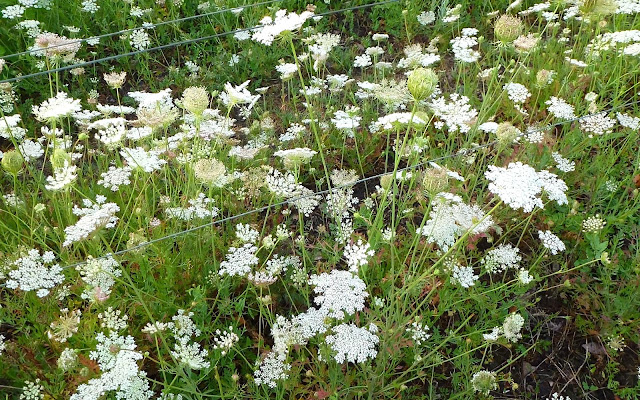 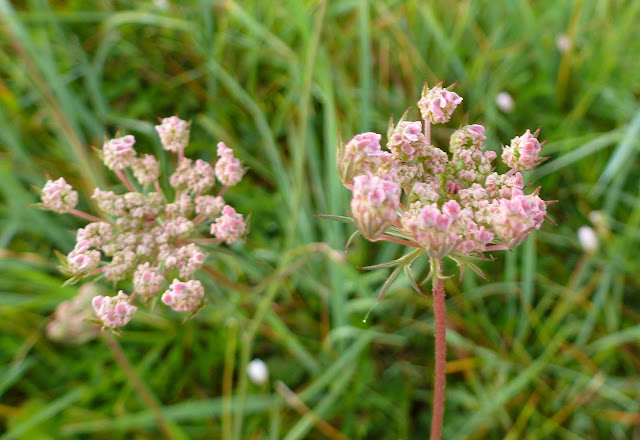 The mature flowers are white, but when you look closely you see a lot of pink ones too. I think the pink cast is a feature of the flowers when they're young. 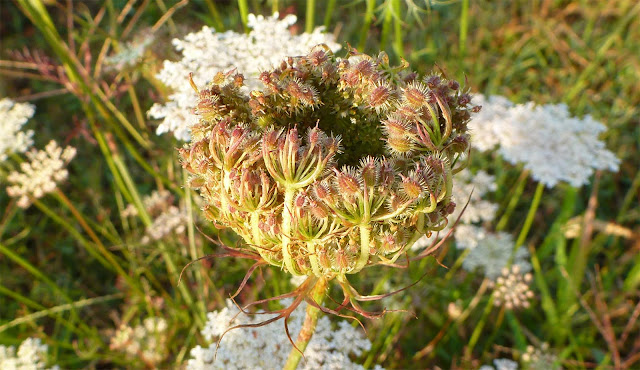 Only in North America is the wild carrot known as Queen Anne's Lace. It's not clear whether the queen it's named after was 18th century Anne, Queen of Great Britain, or her great grandmother, the 16th and 17th century Anne of Denmark.

If I understand correctly, the little spiny things you see in this last photo are the fruits of the wild carrot plant.
Posted by Ken Broadhurst at 07:20