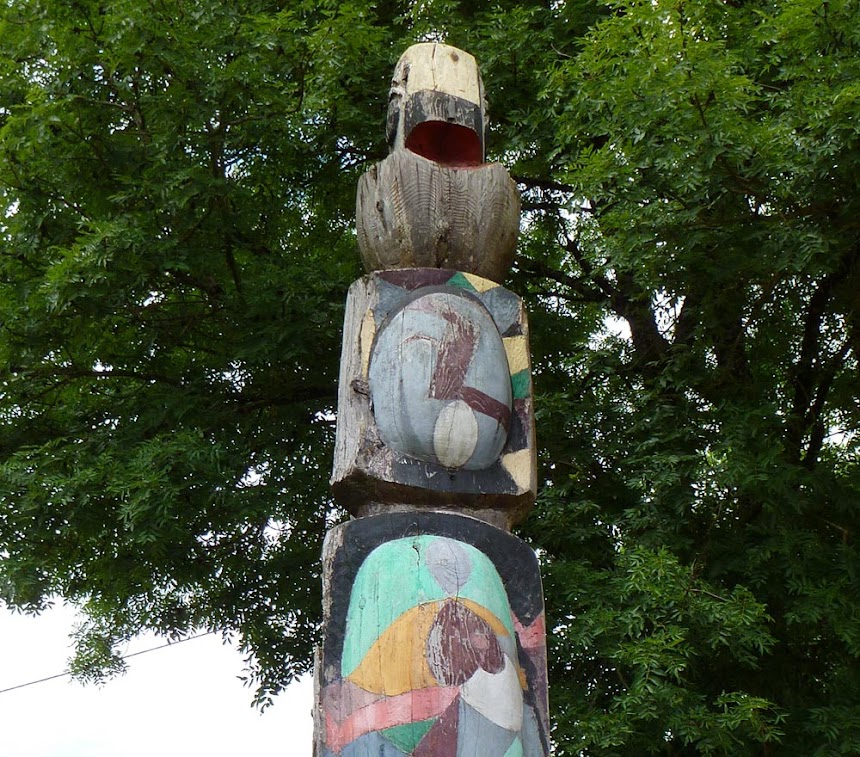 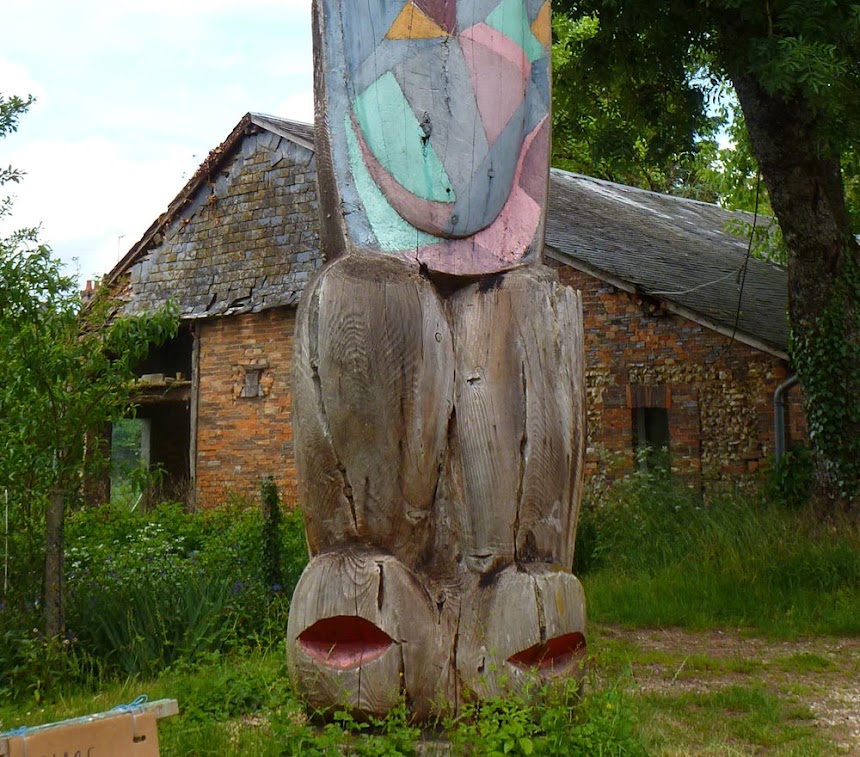 One of the most influential and controversial figures in the modern history of La Borne was a man named Pierre Digan. He was a cérmiste and sculpteur who came to the village in 1960 and set up his own business, producing a wide range of pottery and ceramics in both traditional and "modern" styles. He was successful and his work was widely known across France. He opened a gallery on the rue des Francs-Bourgeois in the Marais district in Paris. By 1979, however, the Digan Grès company he had set up in La Borne was struggling financially and he closed it down.

In 1983, Digan sculpted and painted this very tall totem pole on his land in La Borne. As a native of the Caribbean island of Guadeloupe, he claimed Native American and African ancestry. His last work of art in La Borne is a spectacular one, and in creating it he was probably thumbing his nose at the village and contemporary consumerism, which he blamed for his business failure. He moved south to the even more rural Creuse département and opened a shop in the city of Limoges. He turned to sculpting in granite rather than working in stoneware pottery and ceramics.

Many of the potters who had worked with Pierre Digan set up their own businesses in La Borne in the 1980s, so his influence in the village lived on. In Limoges, Digan's shop was called Enfer and it was located on the rue du Paradis...

Pierre Digan died in January 2016 at the age of 74 after a brief illness. Here's a link to an article about him in French. Digan's former workshop is now occupied by the Bottani-Duchaud pottery business I've been blogging about for a couple of days now.
Posted by Ken Broadhurst at 06:30