Thésée is a village on the right bank (north of) the Cher river about five miles from our house and Saint-Aignan. It has a hotel, a restaurant, a pharmacy, a butcher shop, and a bread bakery. The train station no longer provides regular rail service but the autoroute on-ramp is very close by for anybody with a car. That's about it, besides the ruins. The population of Thésée is approximately 1,200. 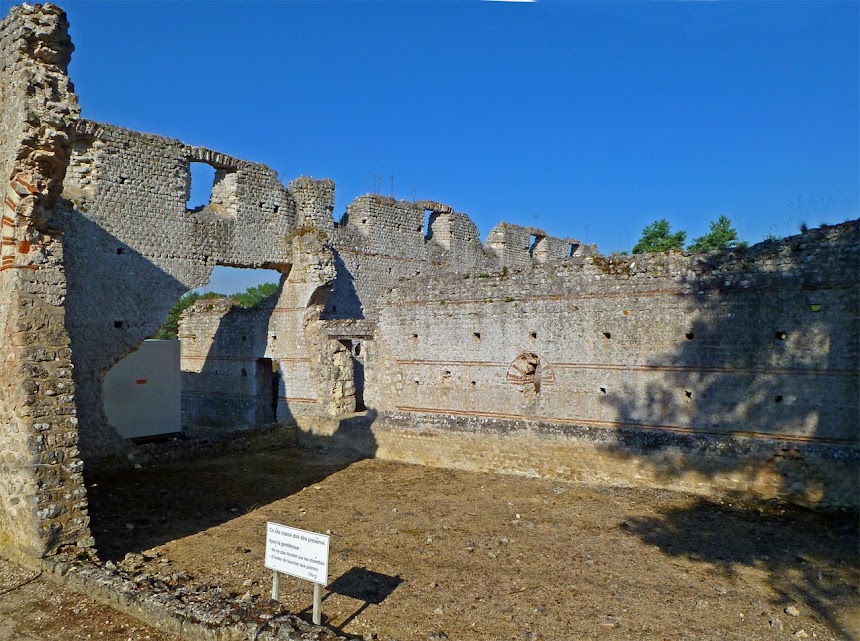 We have a fond memory of Thésée because when we arrived here to live in early June 2003, our house was basically uninhabitable. It needed a thorough cleaning, and we needed to order appliances including a kitchen stove, a refrigerator, a micowave, a coffee-maker, a telephone, and a washing machine before moving in. So we rented a little gîte to stay in for the first week we were here, while we worked to our own house ready. The gîte was in Thésée. It was a comfortable little place and the people who rented it out were very accommodating and welcomed us and our dog. The price for a week's stay was less than $250. 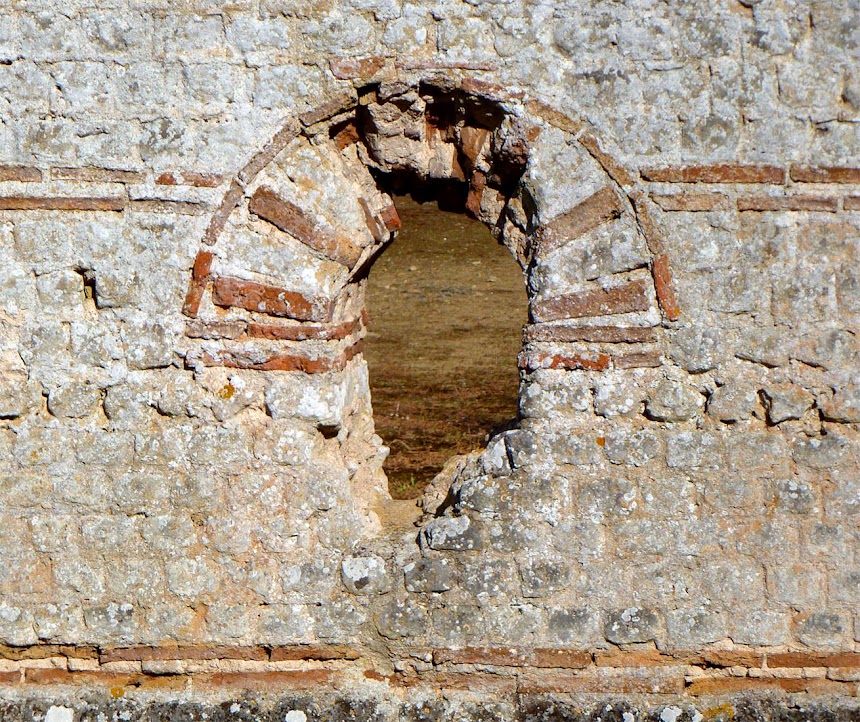 The ruins in these photos, on the west side of Thésée, date back to Gallo-Roman times. That means the period when Gaulish culture was being "romanized" after the invasion by the Roman Empire and its subsequent rule over all Gaul. This was centuries before the Franks invaded from what is now Germany and turned Gaul into France. The Romans held sway in what is now northern France from the first century B.C. until about the 5th century A.D., when their empire went into decline. 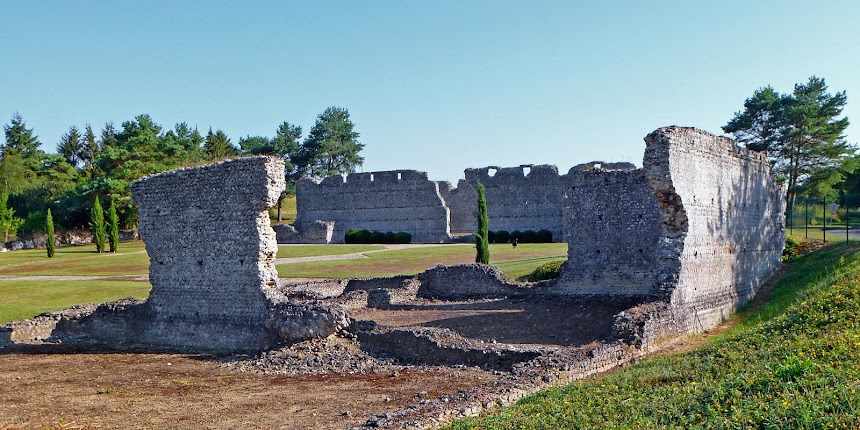 Cities (or towns then, probably) like Tours, west of us, and Bourges, to the east, existed before the Romans arrived, and they became important Gallo-Roman centers nearly two thousand years ago. A major road was built to link Tours and Bourges, and Thésée was a stopping off point for traffic along that road. The Gallo-Roman name of the village was Tasciaca. Apparently, it was easy to ford the Cher river at this spot. 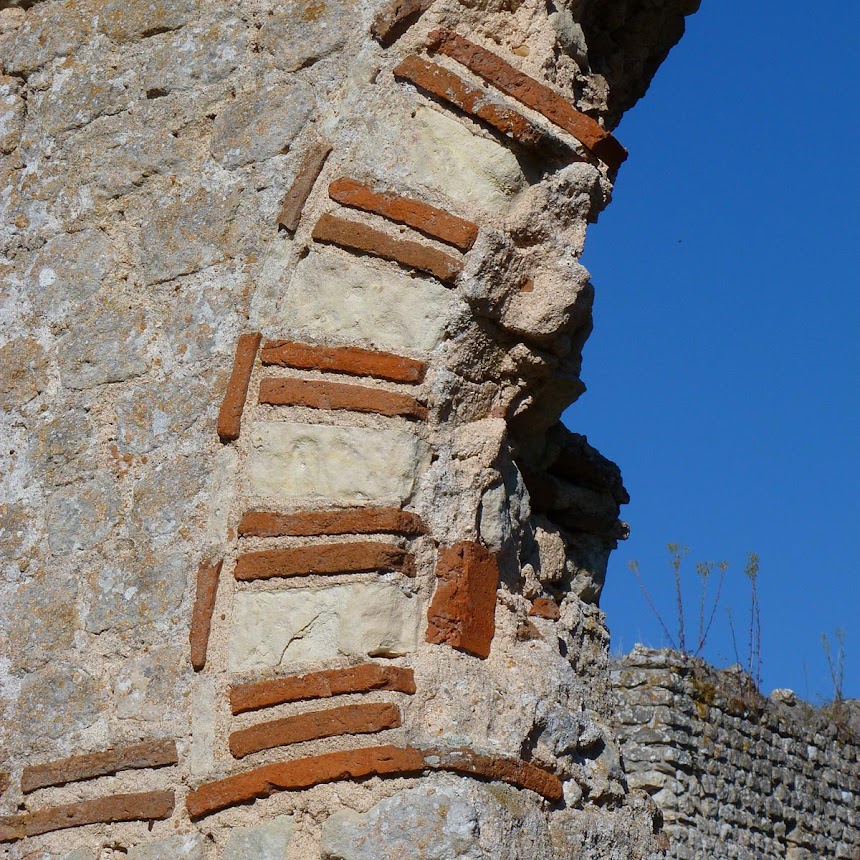 The ruins at Tasciaca are thought to be what's left of a ceramics manufacturing facility that dates back to the second century A.D. The walls of the buildings are nearly 25 feet (7 meters) tall in some sections, and they are remarkably intact. The Gallo-Roman site that includes Thésée extends to the left bank (south of) the Cher river and the village of Pouillé. It includes less well-preserved ruins — only the foundations are visible — of a Roman temple or sanctuary on the opposite side of the river from the ruins in my photos here. 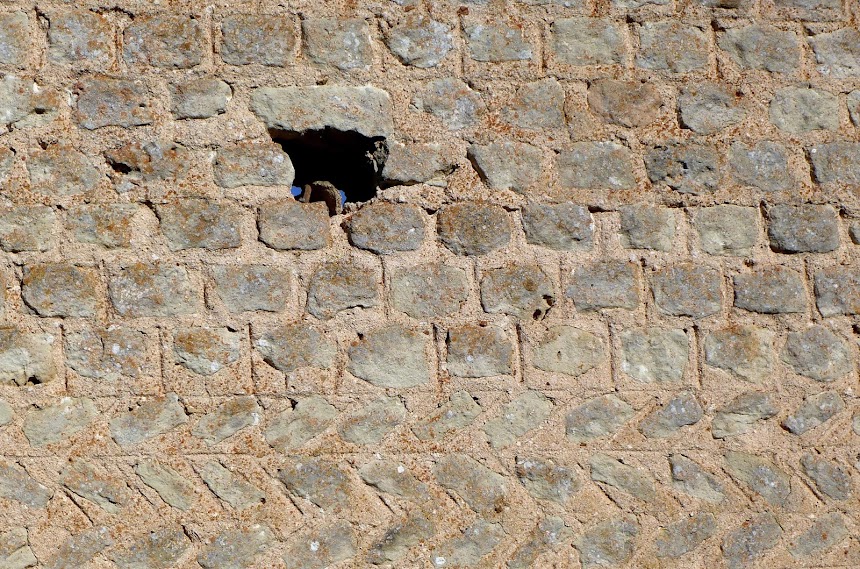 Thésée is also a wine village. As I've said, the potter/ceramicist Claude Gaget in the village of La Borne, 60 or 70 miles east, told me when I met him in June that he drives to Thésée on a regular basis to restock his wine cellar. I've identified a vigneron in Thésée who makes Chardonnay wine, my favorite white, but I have yet to make contact with him and arrange to go there when he's actually at home. I want buy a few bottles so I can see and taste what  the wine is like. One of the first wine co-ops to produce and promote top-quality Touraine wines was — and still is — the Confrérie des Vignerons de Oisly et Thésée cave cooperative (located in the nearby village of Oisly). I used to buy their wines in a shop in our neighborhood in San Francisco back in the 1990s.
Posted by Ken Broadhurst at 07:00