There are a couple of houses on the main street in Saint-Aignan built in the style of the one in the photo below. They date back to the 14th or 15th century. Other buildings, including the church and the nearby ruins of the town's old fortifications, are a lot older. 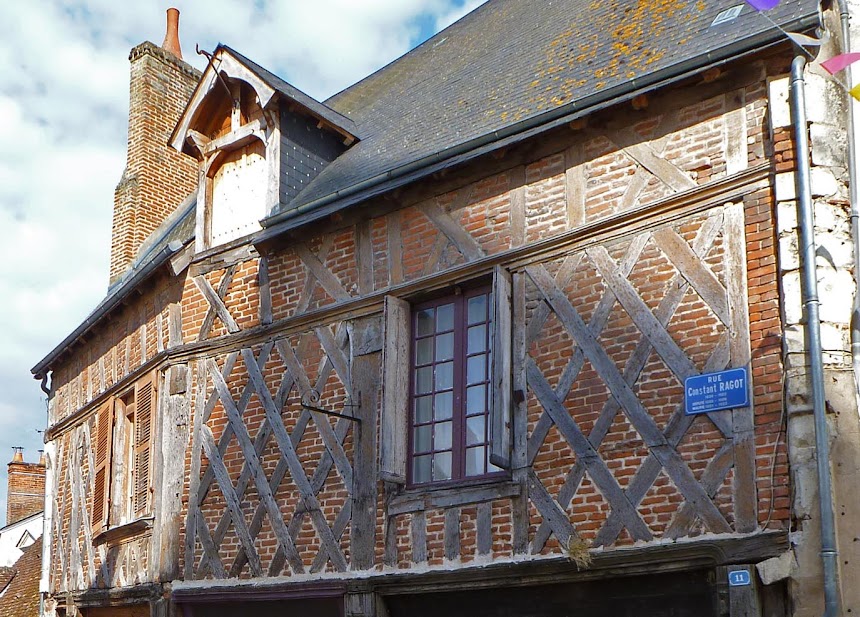 There are several large maisons bourgeoises along the banks of the Cher River and the river road, as well as along the town's main street and market square. The church and the Renaissance-era château stand above them. 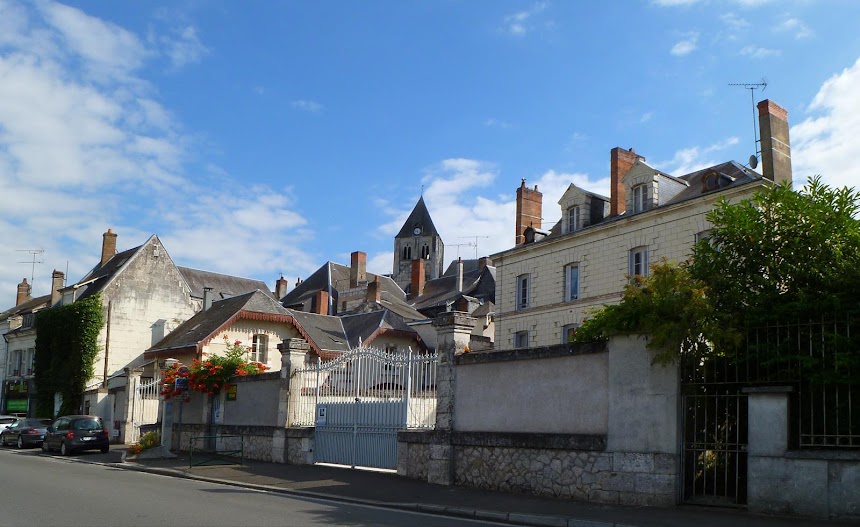 The town faces an island that divides the Cher in two at this spot. The old bridge in the photo below is the only one over the river at Saint-Aignan. Newer bridges cross the Cher a few miles east (at Thésée) and west (at Châtillon-sur-Cher) of the town. 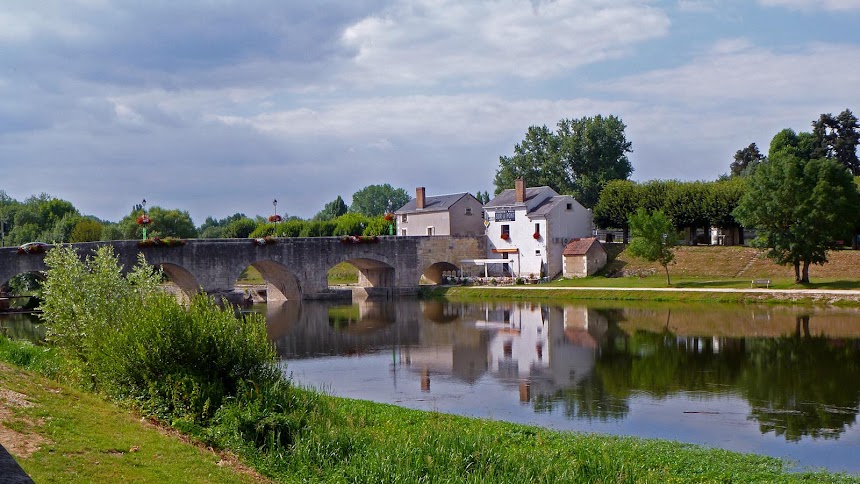 I took the photo below from the town's main market square. The church, built in the 11th and 12th centuries, really dominates the town. The population is only about 3,000. Here's a link to a 2006 post I did about Saint-Aignan. Not much has really changed. 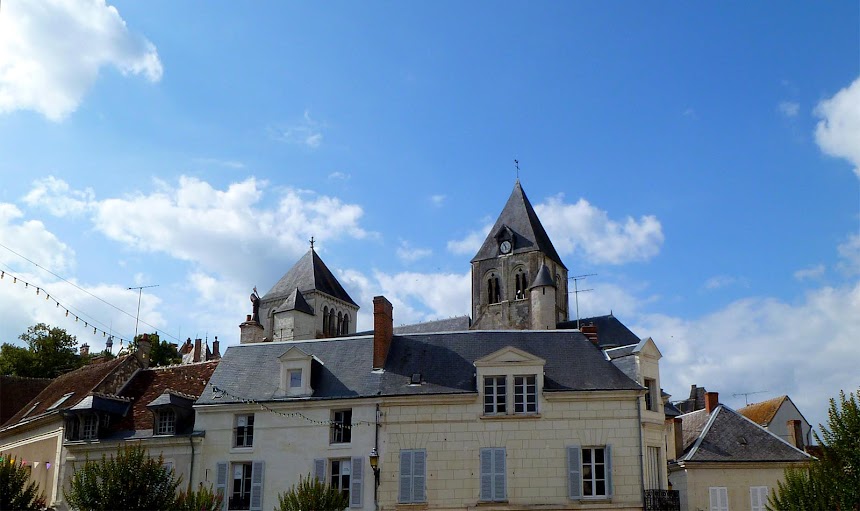 Saint-Aignan sits at the point where three old provinces — Le Berry, La Touraine, and L'Orléanais — come together. The town's biggest attraction these days is the zoo at Beauval, just south of town, with its giant pandas and extensive collection of animals from all around the world.
Posted by Ken Broadhurst at 06:30