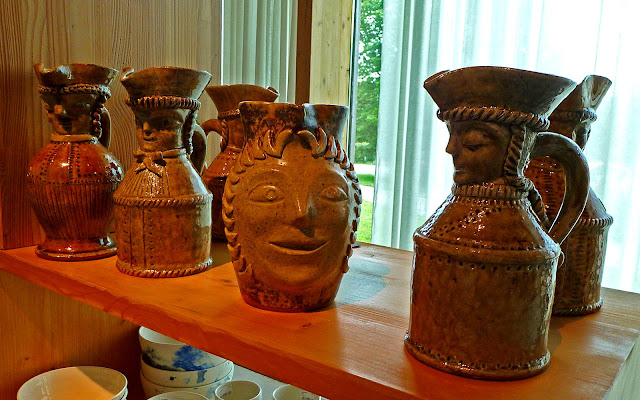 There were a lot more pieces of traditional pottery at La Borne than there were objets d'art like the ones I've been showing over the past two or three days. Those are more metallurgy works than ceramics. Here are some utilitarian but still decorative examples — des pichets — that were on offer in the shop at the Centre Céramique. 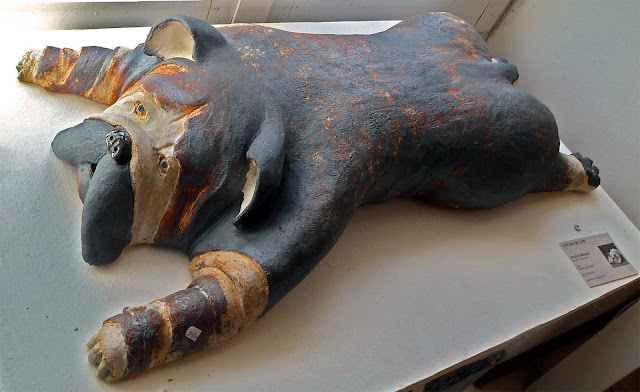 Remember the colorful cat, toad, frog, and rabbit figures from a few days ago? They were done by a ceramicist named Nicole Crestou, who works in the nearby village of Morogues. She also crafted the almost life-size dog on the left. It was for sale in a little shop for 350€ (about $400 U.S.). 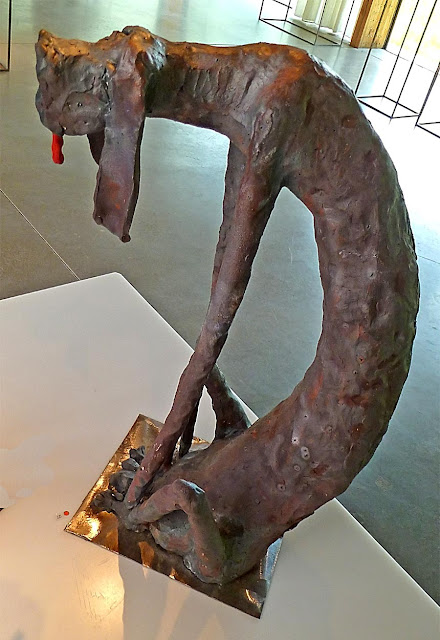 Not all of the dog objets made by J-R Meunier were blue, by the way. Here's a brown one that was on display at the Centre Céramique. He has that red tongue in common with the blue dogs. 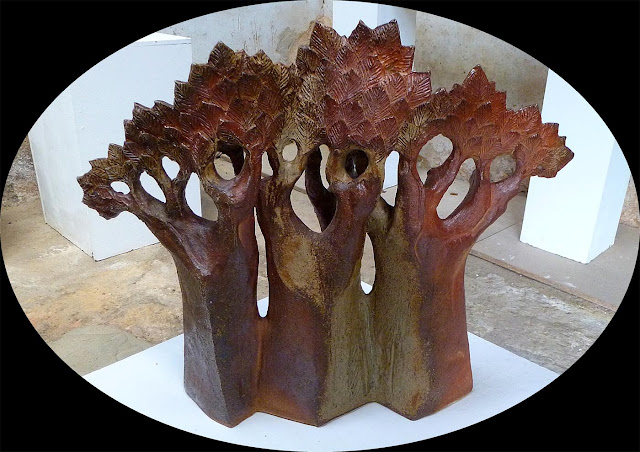 Another ceramicist — his name is Claude Gaget — made objets depicting trees that I really liked. This one happens to be brown. Many are of course green. Maybe I'll post one or two tomorrow. Gaget has been living and working in La Borne since 1973, I've read, and has said that trees are at the center of his art: « l'arbre est le thème central de mon travail, c'est lui qui relie la terre au ciel. » 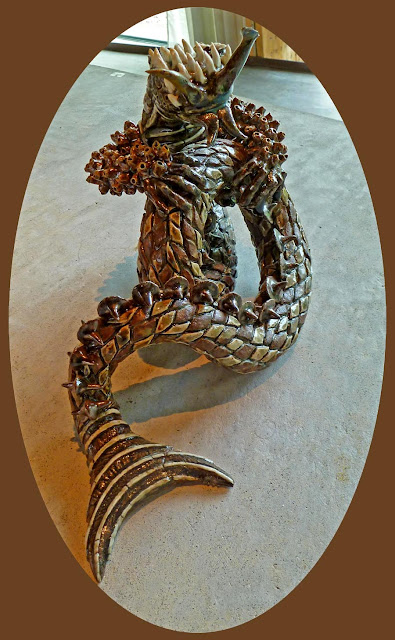 Here in Saint-Aignan, we had very heavy rain overnight. I got up in the wee hours and went around the house closing windows. There was a chilly wind blowing, and rain was pounding against the windows and roof tiles. Half of me expects to see sea monsters like this one out in the yard and vineyard this morning. At least that's what I think it is. I didn't get the artist's name.
I put "circles" around these last two photos to take things I thought were distracting out of the frame. Thanks for indulging me as I post all these pictures that I took in La Borne. The place and all the pottery and art are a vivid memory for me.
Posted by Ken Broadhurst at 06:45