Like Palluau-sur-Indre, my town, Saint-Aignan-sur-Cher,  is also an ideal little French village in many ways. It too has a château up on a promontory above a river, and a big old church (11th century) nearby. Part of the château was built in the 11th century too, but the main part you see today dates from the French Renaissance, the 16th century. Here's a view of the town from north banks of the Cher River.


(Click the pictures to see them at full size,
and then pan by using the horizontal scroll bar in your browser.)

Saint-Aignan-sur-Cher seen from across the Cher River

The old town was built around the foot of the château, behind the church, and down to the banks of the Cher. A newer section of town spreads south from behind the church. There's an outdoor market on Saturdays, and the town has dozens of shops and businesses. The population of Saint-Aignan is about 4,000, with another 5,000 or so people living in villages and small towns within a 3-mile radius.

I took all these pictures yesterday morning. The two panoramas are composites of two or three individual photos, which I "stitch" together using software that came with my Canon digital camera. In this picture, you can see the ruins of the medieval fortress (on the right) that existed before the Renaissance château was built in the 1500s.

Church and château at Saint-Aignan-sur-Cher, 16 June 2006


Saint Aignan, by the way, was the bishop of the city of Orléans at the time when Attila the Hun was trying to conquer Gaul, over which Roman power was declining. According to legend, Aignan organized the defense of Orléans, a strategic point on the Loire River, and helped turn the Huns back. All that happened in about the year 450 A.D., long before the town of Saint-Aignan even existed. I don't know what the English name equivalent to Aignan would be. 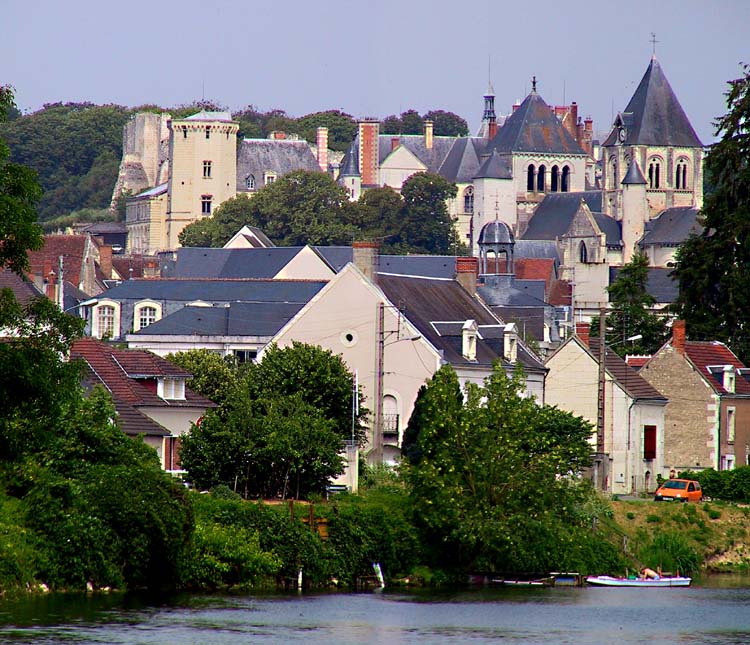 View of the town of Saint-Aignan from the east


Saint-Aignan is a more peaceful place now than at many times in the past. The medieval fortress was built on the hill at this location on the Cher River for a reason, after all. The counts of Blois put up the castle to defend their territories against the counts of Anjou. In the early 11th century, the count of Anjou named Foulques Nerra took Saint-Aignan away from his rivals. After that, I'm not clear on what happened down the centuries. 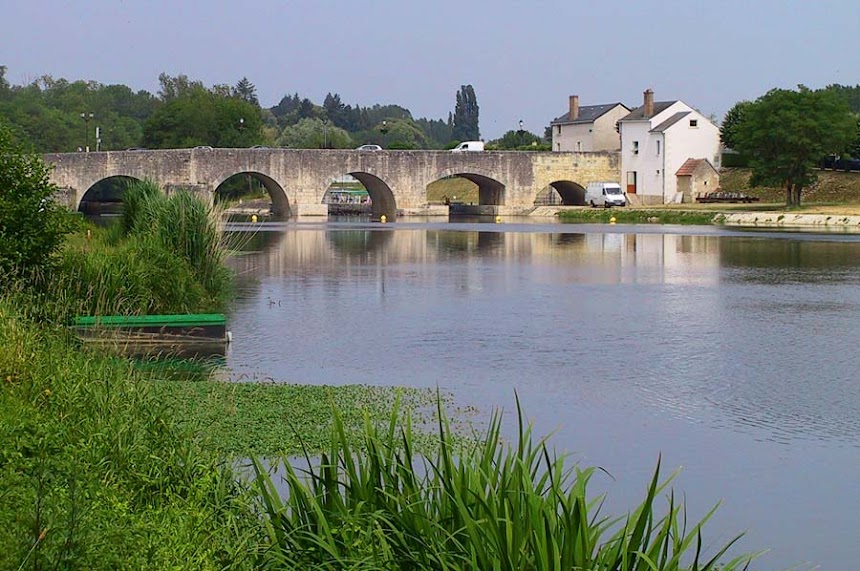 The bridge at Saint-Aignan


During World War I, the Americans had a large base in the area, and there is a monument to the American soldiers of that era on the bridge at Saint-Aignan. Thousands were stationed here, evidently, and there was a U.S. military hospital over in Montrichard, 10 miles away. Then, in World War II, the Cher River was at this point the dividing line between the part of France that was officially occupied by the Nazis and the part that was, in name, still deemed to be Free France. German soldiers guarded the bridge to make sure nobody unauthorized could pass over. 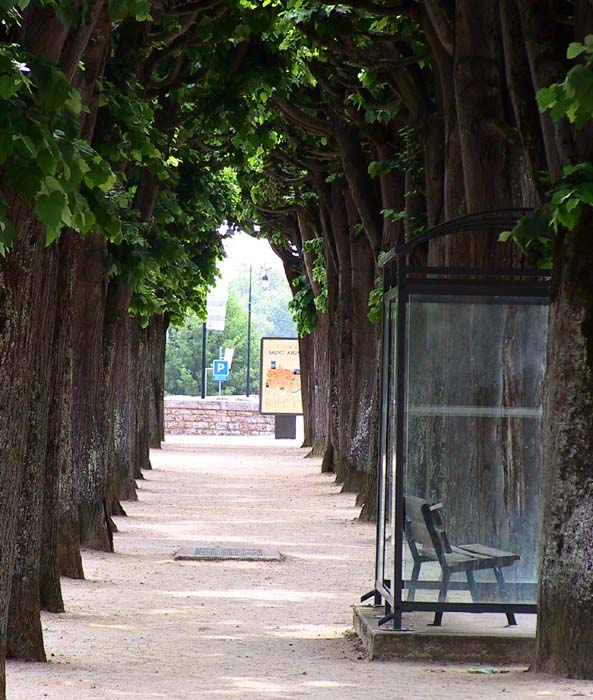 
There is only one bridge over the Cher River at Saint-Aignan. More recently built bridges are located about three miles up river and down river (the one down river at Thésée-la-Romaine is a one-lane affair where cars in one direction have to wait for cars coming from the opposite direction to cross before they can continue). 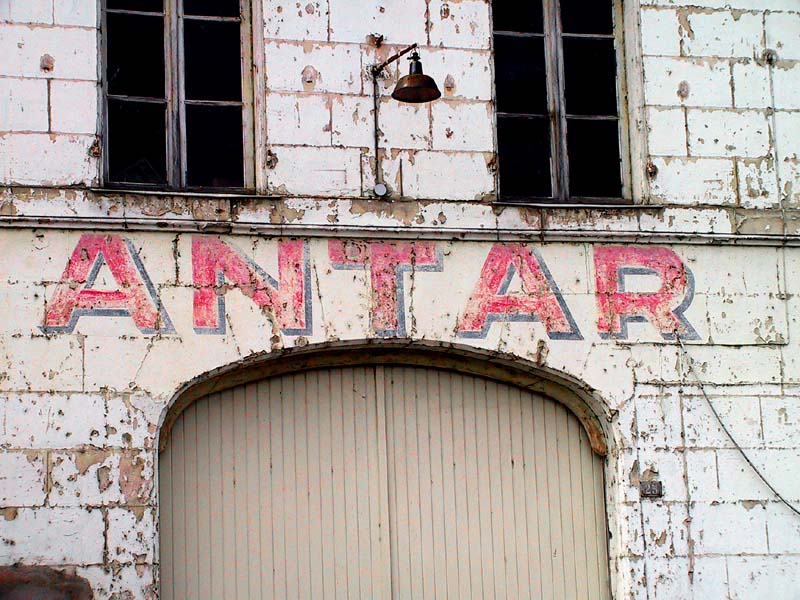 This old Antar garage on the banks of the Cher is closed up
and just waiting for a new business to move in.


The main streets of Saint-Aignan have been re-paved over the three years since I moved here. When I say re-paved, I mean it literally. There's no asphalt involved; the streets are done up in white paving stones to preserve the look of the town. 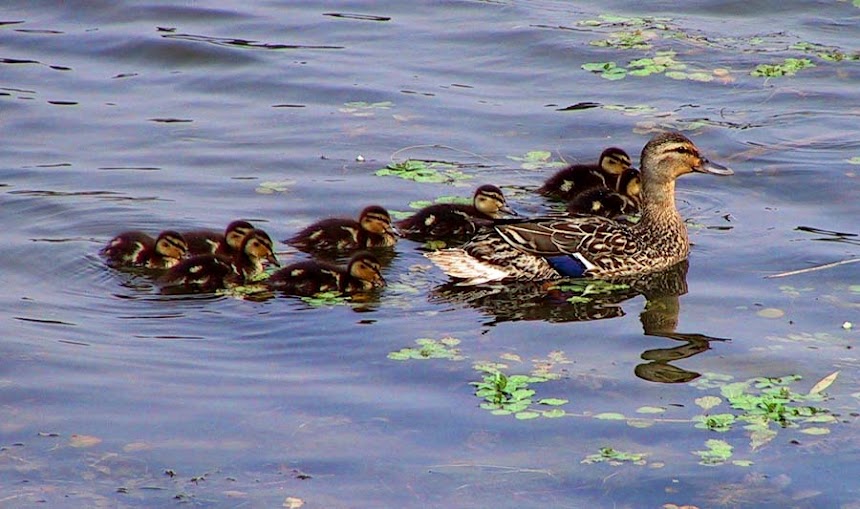 
The Banque Populaire (according to radio commercials, "banque et populaire à la fois!" -- a bank and popular at the same time!) recently moved into this old building on the riverfront in Saint-Aignan. Previously, it was abandoned and boarded up. Two new restaurants have opened up over the past two years, both also moving into old buildings. 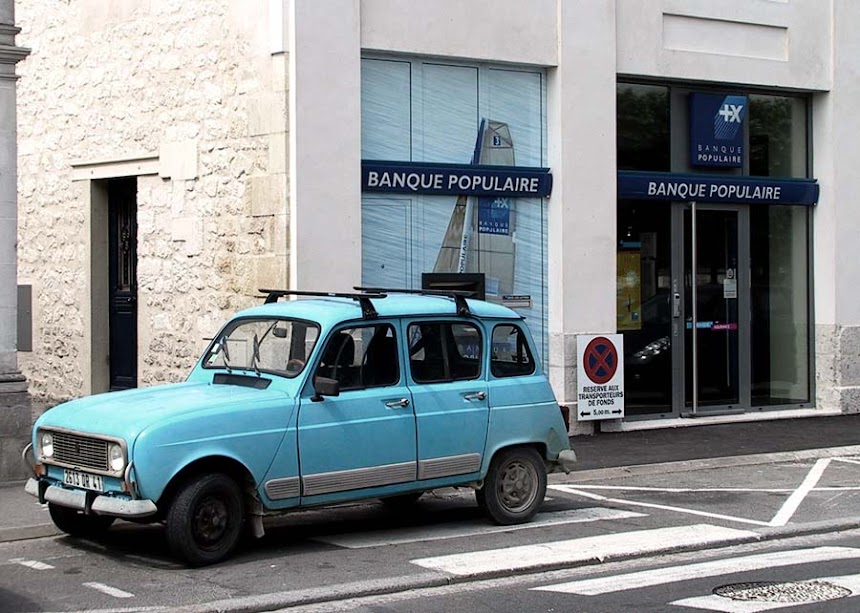 
On a side street near the river, just yesterday for the first time I noticed this old-fashioned looking shop. Claire is a hair dresser (coiffeur) who takes both Dames and Messieurs as clients. 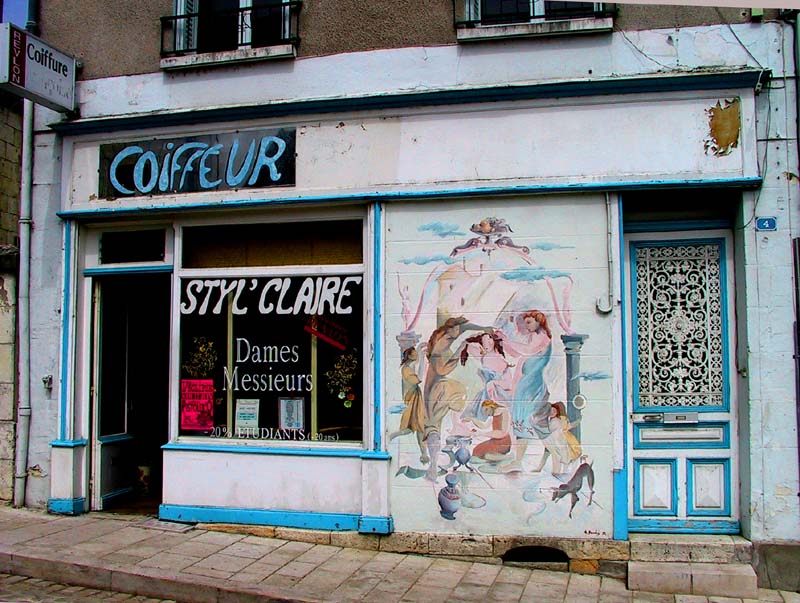 Need a haircut? Call on Claire.


Like many French towns, to the American eye Saint-Aignan looks bigger than it actually is. The population is only 3,000, which makes it a very small town by American standards. But it has an urban look and feel to it. French towns are much more compact than American towns, and the buildings are more solid-looking. Only now is a little sprawl into the countryside starting to take place. Let's hope the local authorities keep it under control. 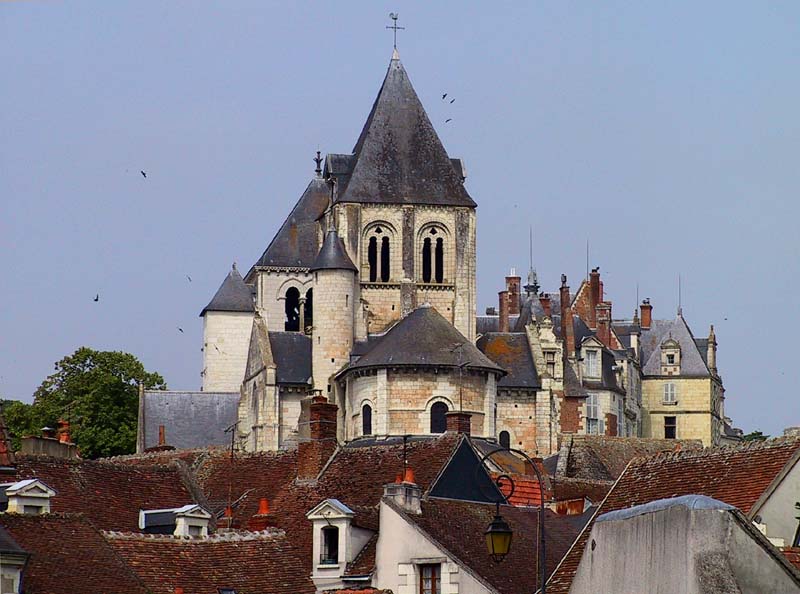 Saint-Aignan has half a dozen restaurants and two hotels. One is the Grand Hôtel, which is a grand name for an old place right on the banks of the Cher. Rooms start at about 25 euros a night, and there's a good restaurant. The Grand Hôtel de St-Aignan is part of the Logis de France chain, which has a good reputation. 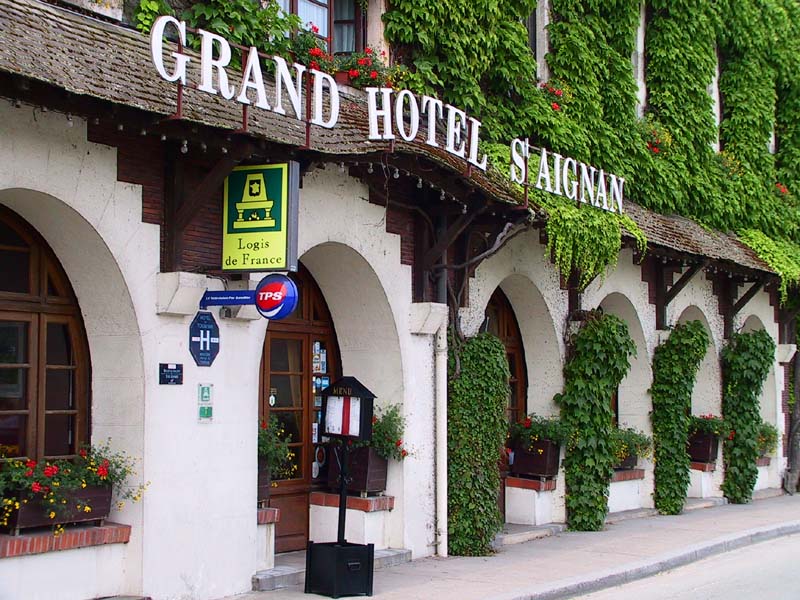 Need a room on the banks of the Cher River? You can walk into the old town.


When I was out taking pictures yesterday, I was surprised to come upon a sign saying Caution! Quicksand! Who would have thought it? But the fact is, there's a sand-and-gravel quarry on a point of land that the Cher River wraps around on the north side of Saint-Aignan. I think the quicksand is a byproduct of the quarrying process. 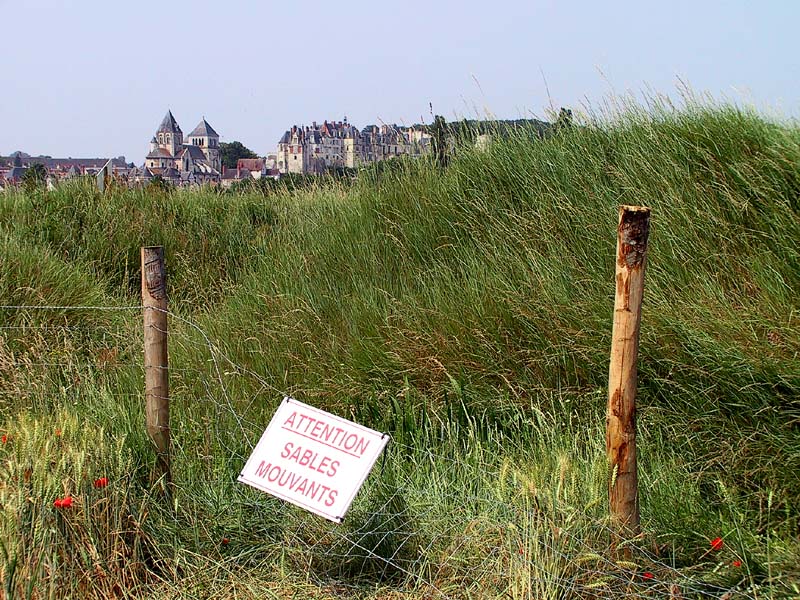 Sables mouvants means quicksand. Saint-Aignan is on the horizon.
Posted by Ken Broadhurst at 08:13