Views from on high. The top of the Puy Saint-Ambroise is at a mere 1400 feet (464 meters) but the views are panoramic. Remember that you can always click, tap, or pinch the images to enlarge them. 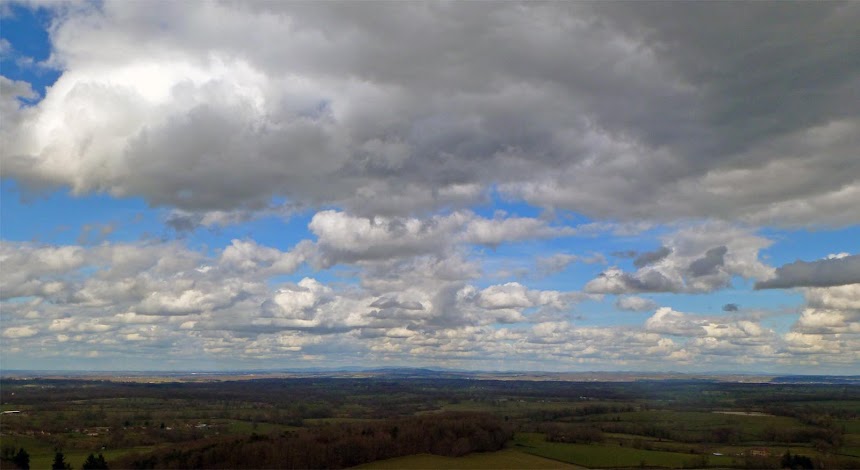 You can drive to the top and park near the table d'orientation. That's our Citroën in the photo below. Then you can walk quite a way around the top on fairly flat terrain to see views in several directions. They say that the views extend out over as many as seven different French départements from up there.

The summit of the Puy Saint-Ambroise is the site of an old Benedictine priory, but it is on private property and not open to visitors. The one other person who was up at the top when we were told us that people from Moulins have a house there, out of view. 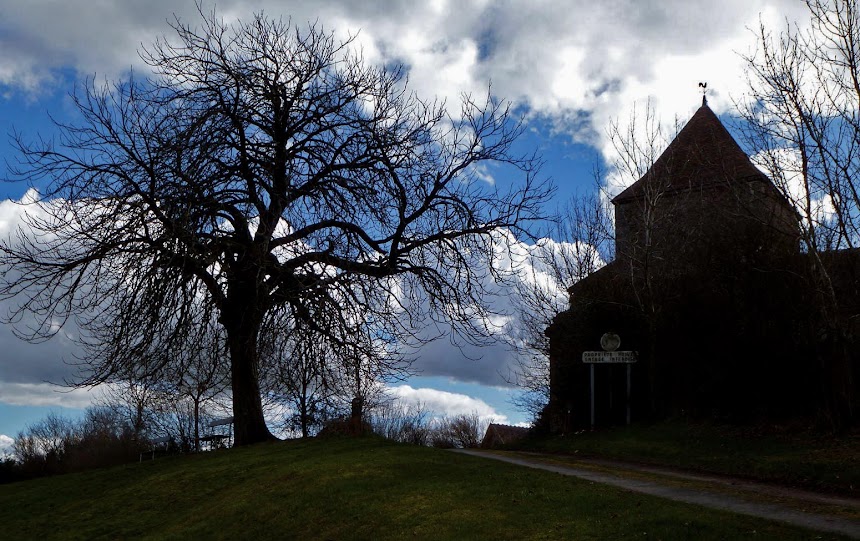 A puy, by the way, is a geographical feature that's common in the Auvergne region of France. It's a "volcanic mountain with a rounded profile," according to one dictionary. 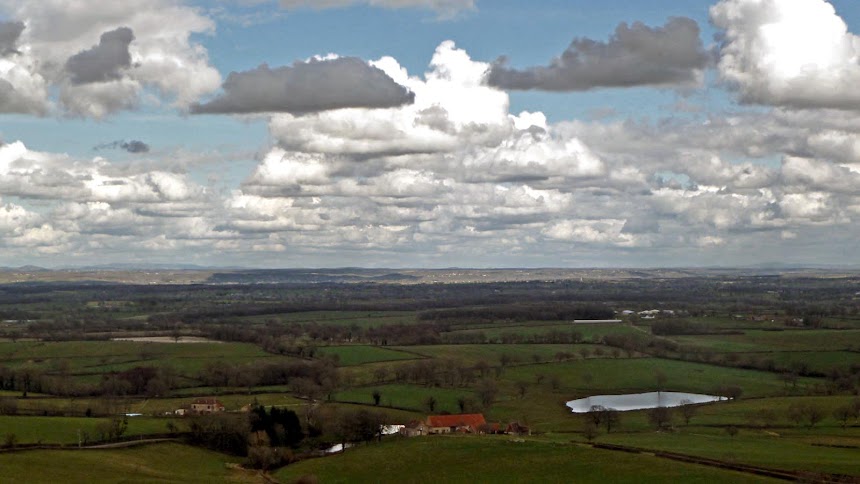 Some of the extinct Auvergne volcanoes are much taller — the famous Puy de Dôme to the southwest tops out at 1,465 meters (4,806 feet), and the Puy Mary, farther south, rises to a height of 1,783 meters (5,850 feet). I just read on a Wikipedia page that the Puy Saint-Ambroise, where we were, is not actually volcanic at all, but just a round mound.
Posted by Ken Broadhurst at 06:30