As you might already have known, or by now have surmised, Walt and I, coughing and sniffling, have been traveling this week. We have been in the département de l'Allier, a.k.a. le Bourbonnais, where the Bourbon dynasty of French kings, starting with Henri IV in the late 1500s, originated. The Allier is the northern portion of the Auvergne region. We didn't want to broadcast the fact that we were traveling while we were away from our house, which stands empty, in case some burglar was reading this blog and decided the time for mischief was right. 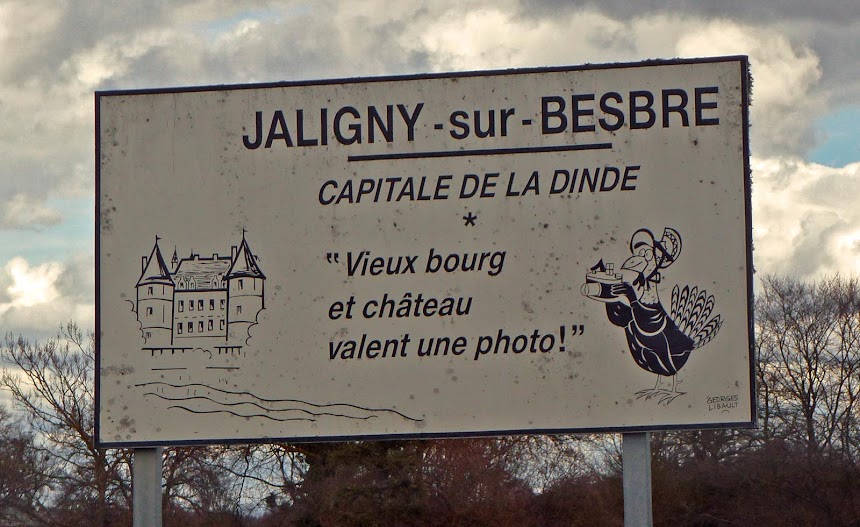 One of the places I wanted to see in the Allier was a village called Jaligny-sur-Besbre, which is a major center of turkey farming in France. I knew that because I saw a documentary about it on TV several years ago, and the name stuck in my memory. La Besbre (the S is silent, AFAIK) is a river that I had never heard of before, and its spelling helps make it memorable. Anyway, turkeys are raised in the Jaligny area, as you can see from the photo above — « Capitale de la dinde » says it all. And since I had a couple of dindes (turkeys) in the freezer at home, I cooked one and we brought the leftovers on the trip to enjoy eating them at the gîte (vacation rental) we had reserved near the small Allier city of Moulins. 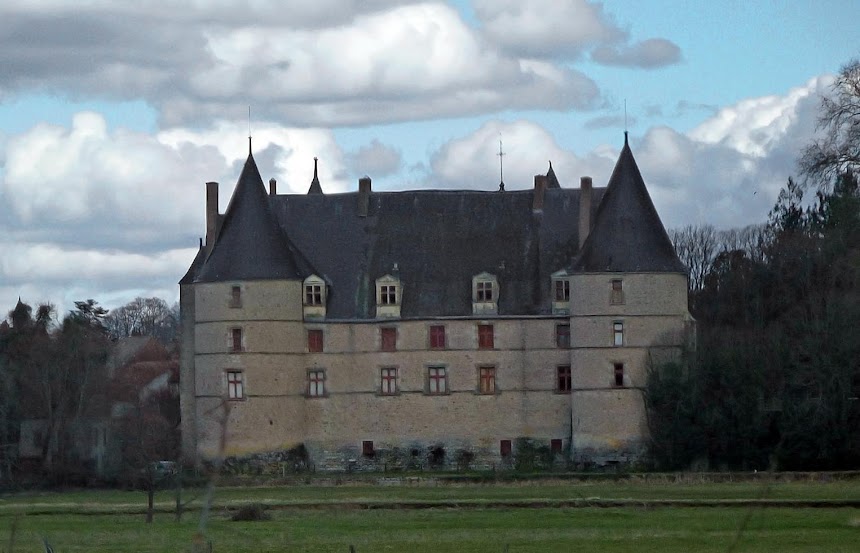 Since the sign pictured above says both "the old burg and the château are worth a photo," here's a photo of the "castle." It's not open to the public, and if the photo looks a little blurry it's because I took it through the car windshield from the opposite side of the Besbre. 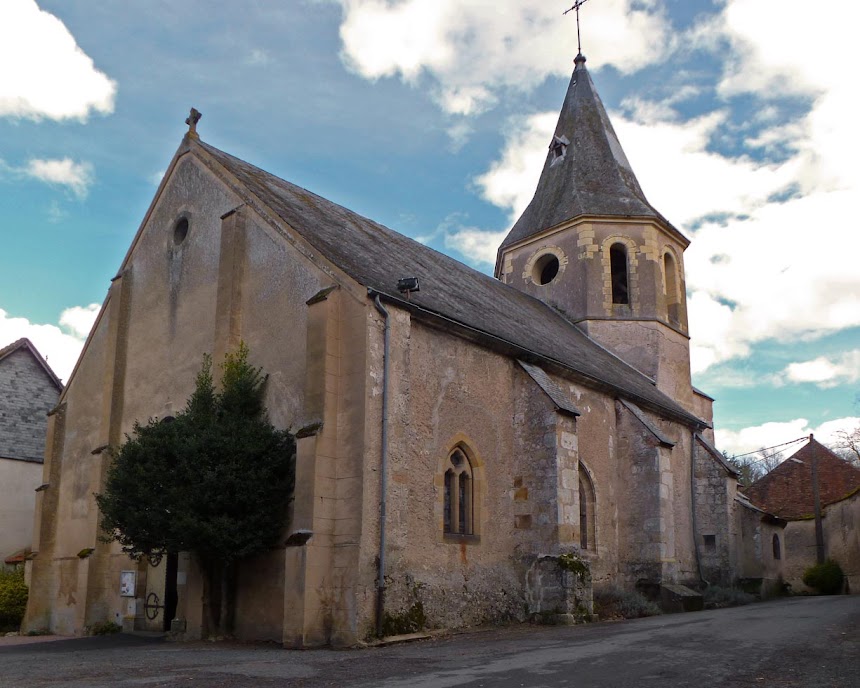 I didn't find "the old burg" all that interesting but, as a bonus, here (above) is a photo of the old church in Jaligny. I think the time to go to « la capitale de la dinde » would be in December, when they have what is billed as a gigantic market to sell holiday turkeys to buyers from all over France (and perhaps Navarre). Maybe one day I'll get there in the pre-holiday season and experience the magic of it all. Silly me thought I might find somewhere to buy a fresh farm-raised turkey in or around Jaligny in March, but I was disappointed. 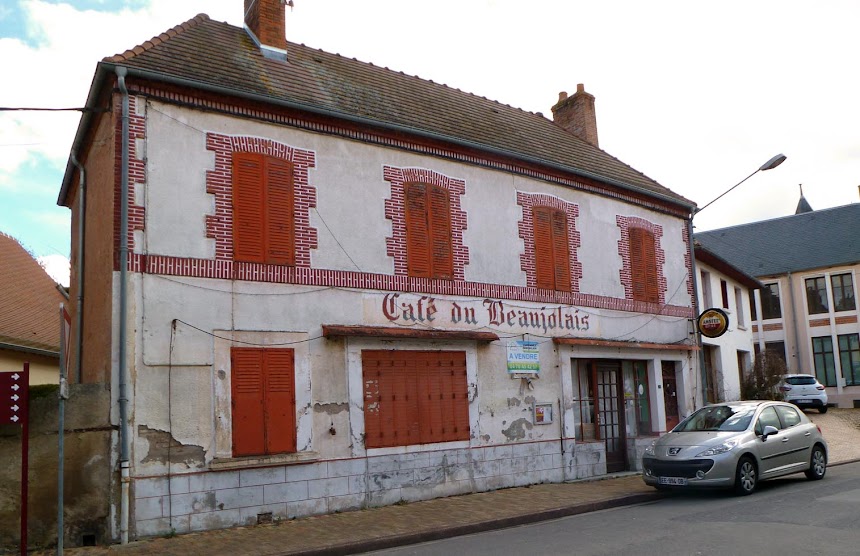 Coincidentally, the first place we noticed when we drove into central Jaligny was the establishment above, the café du Beaujolais (the building is for sale). Another goal we set for this week's trip was a quick run over to the Beaujolais wine region, which neither of us had ever seen before. You'll get the significance of this: Beaujolais is in the Rhône département of France, which is department number 69. We did that drive yesterday, and it was fun. Today it will be fun to get back to our home in Saint-Aignan, even though it's raining now and predictions say it will rain for the next two or three days.
Posted by Ken Broadhurst at 06:45