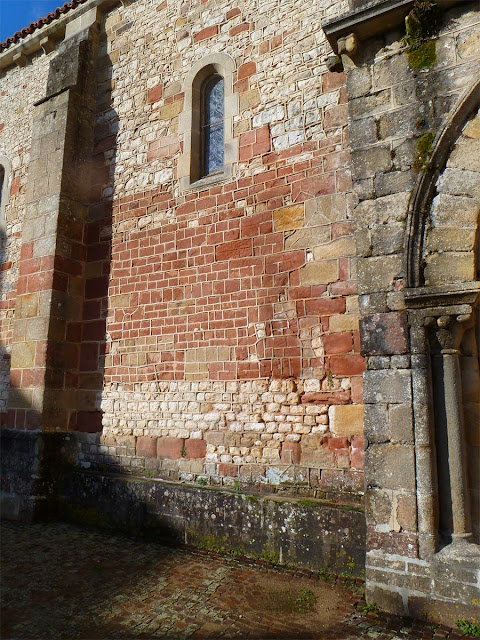 We were so lucky with the weather last week, while we were traveling in the Allier. Given that we were both still recovering from bad chest and sinus colds, seeing the sun meant we could get outdoors and enjoy rehabilitating fresh air.

The Allier [ah-lee-'ay], by the way, is what is called a département in France. It's an administrative division that is more or less the equivalent of an American county. Départements sometimes correspond to older, pre-revolutionary territories that were called provinces and that were gradually united to form modern France.

French départements are often named after the rivers that flow through them. Saint-Aignan is is the département called the Loir-et-Cher because the Loir river flows across it from east to west in the northern part of the territory, and the Cher river flows the same way through the southern part. The next département to the west is the Indre-et-Loire, named for two rivers, and it corresponds to the historical province called La Touraine. The Allier is a river too — it flows from south to north through the département named after it, and the old province that covered basically the same territory was (and still is) called Le Bourbonnais. 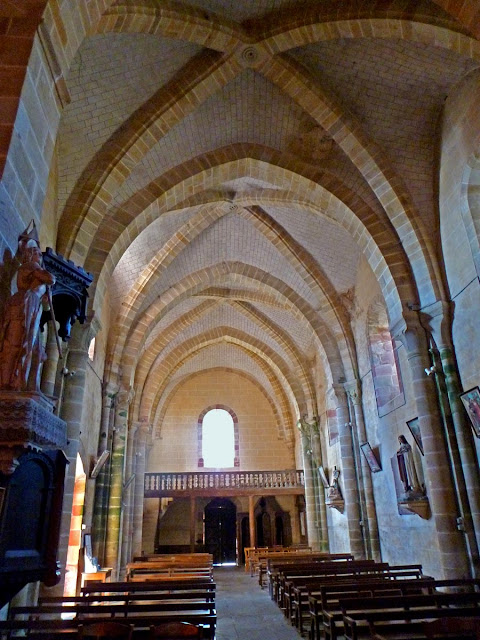 The village of Agonges [ah-'gõzh], located near the administrative capital of the Allier département, Moulins, was first mentioned in writing in the late 12th century. The church was built during that period too, according to what I've read. It's in the northeastern part of the Allier, which is an area called Le Bocage bourbonnais, a rural area characterized by the hedgerows that delimit its fields and pastures. Large parts of Normandy and Brittany, as well as England, are give over to bocage, which one dictionary calls "farmland criss-crossed by hedges and trees".


The Michelin Green Guide to the old Auvergne province, of which the Bourbonnais is a part, says that the Notre-Dame d'Agonges church shows features of Auvergne architectural styles as well as features common in the Berry province to the west and the Bourgogne province to the west. The style is Romanesque in transition toward Gothic. If you know more about architecture than I do, you'll understand what that means. It has much to do with the form of the building's window arches and ceiling vaults. 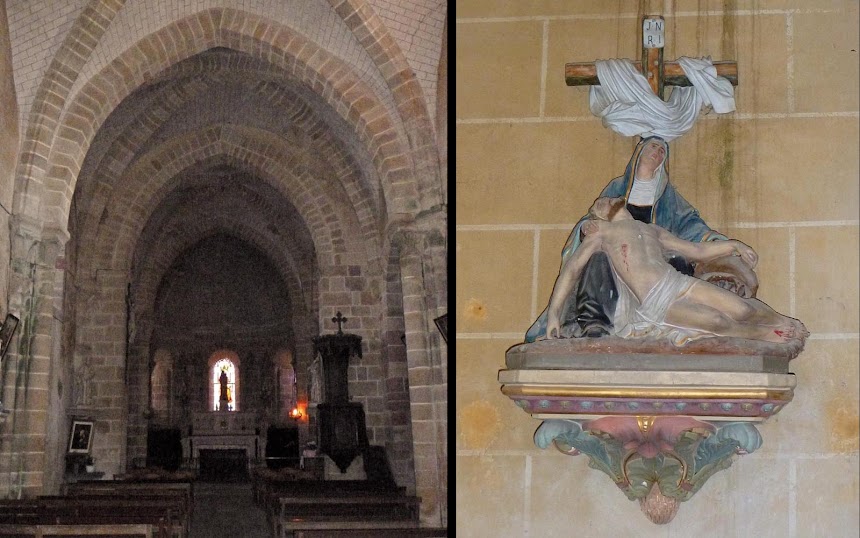 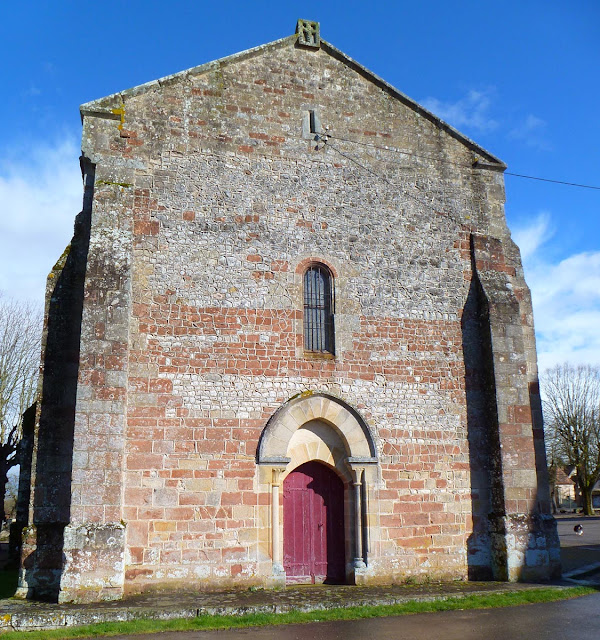 The western façade of the church is very plain, but the area around Agonges is not. That same web site I linked to above says that Agonges is home to more châteaux than almost any village in the world — 13 of them! Only one is open to the public, however. It's the Château de l'Augère, which I posted about last week, with a photo. Some of the others are listed on this web site.


By the way, it just occurred to me that there's a church in the neighboring Berry province, in the town of Chârost, which resembles Notre-Dame d'Agonges. I did a post about it in 2008.