Walt has been posting some photos he took in the town of Lapalisse, not far from the spa town of Vichy in the Bourbonnais. We spent an hour or two there 10 days ago taking a walk, taking photos, and taking in the sights. 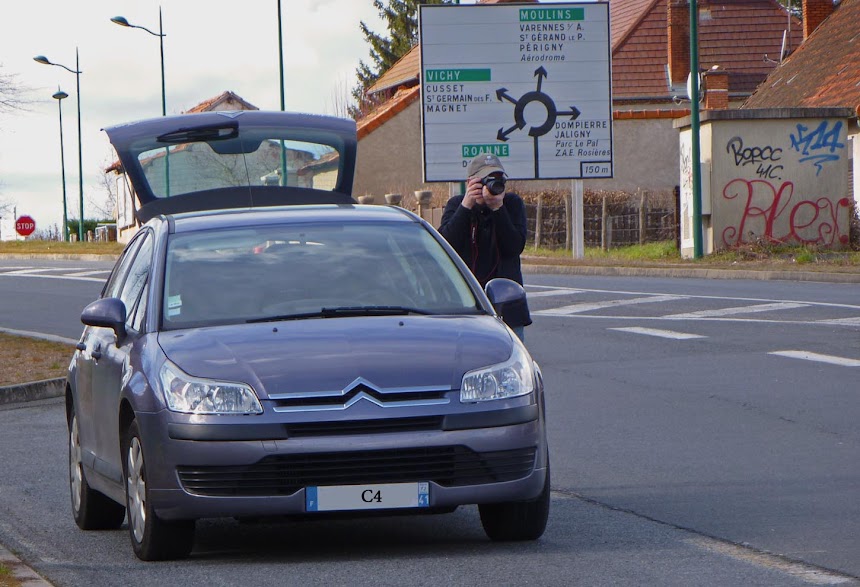 When we drove in, we could see the massive château in the distance, looming over the town. We stopped and stood on the roadway — no traffic! — to capture the view. 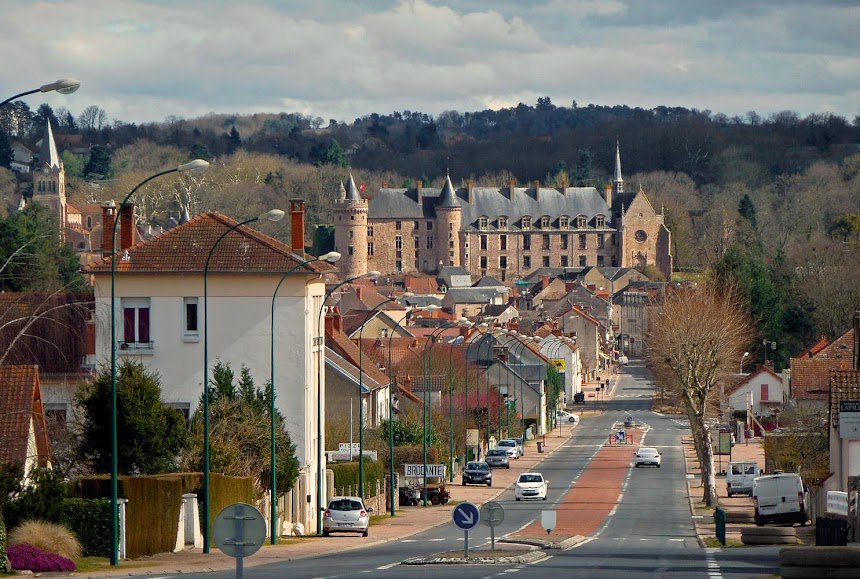 The existing château was built mostly in the 1500s, around the same time that Chambord and Chenonceau were being built in the Loire Valley. The architects and builders came in from Florence, in Italy. The town is about the same size as Saint-Aignan. 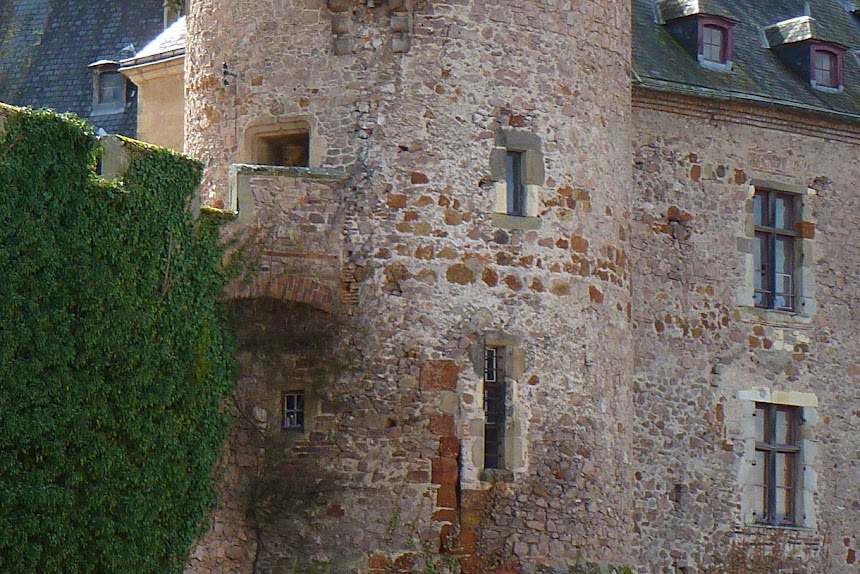 We parked next to the big church near the château entrance and walked around that neighborhood with Natasha on her leash. Walt has a special belt that he can attach the dog's leash to so that he has two hands free to operate his camera. 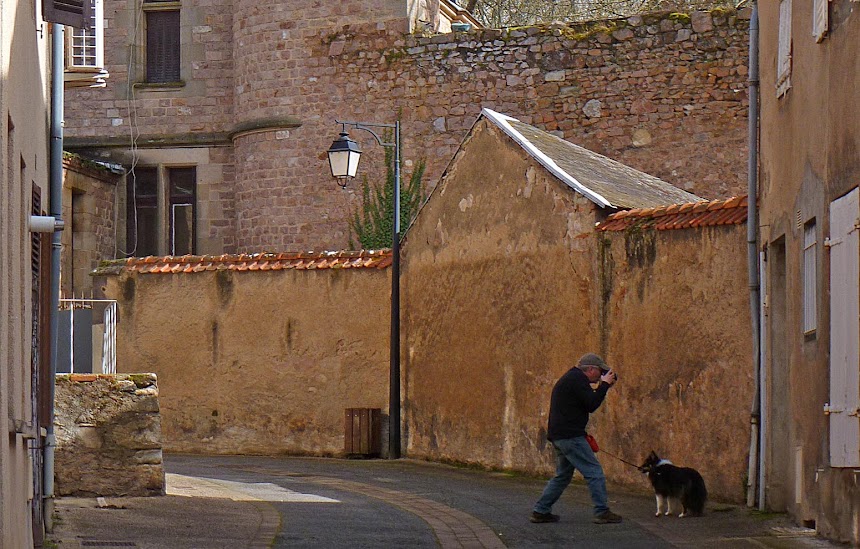 The year-old puppy was very well behaved both in the car and on our walks. Part of the point of this trip was to teach Tasha about traveling by car, staying in unfamiliar accommodations, and walking around in new surroundings. We plan to do more of these kinds of trips over the next few years.
Posted by Ken Broadhurst at 06:00