Aren't you tired of all the talk about the weather?  I know I am. But weather is what it's all been about for the past two weeks. That's how long I've been back from that surreal trip to North Carolina. 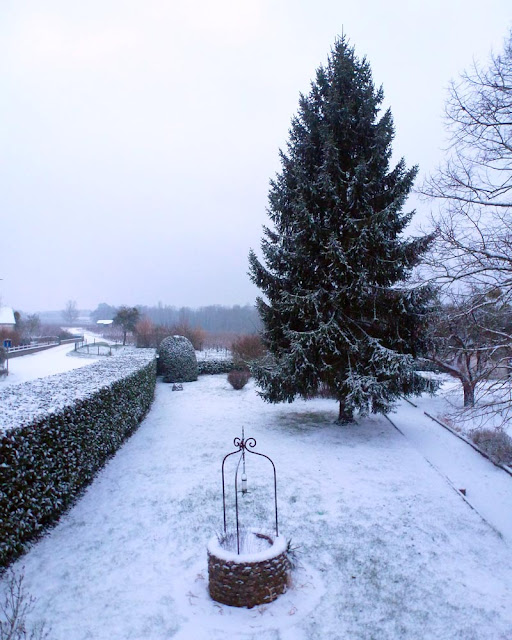 What we experienced this week was the frigid equivalent of a really intense thunderstorm episode. In the hot kind of storm, with thunder and lightning, the temperature outside builds and builds until it has nowhere else to go. Humidity levels rise. The skies explode, winds tear through, and rain pours down. Thunder booms. Lightning streaks across the sky. And then, 24 or 36 hours after it all began, everything returns to normal.

These photos show the scene yesterday morning. You couldn't call what came through a real snowstorm — it was just a fast-moving, climactic snow shower, ending the intense cold spell. 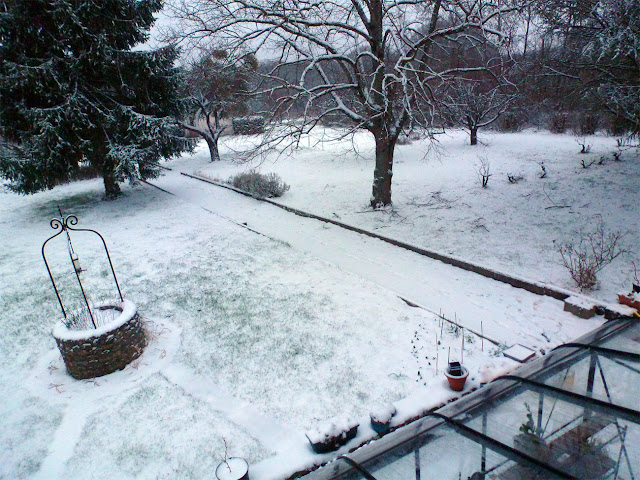 In the case of the storm we just had (the edge of the Emma system that has been pounding the British Isles), temperatures plunged brutally over the course of about two days. Then a warmer air mass moved in from the south, dropping snow on the Mediterranean coast in huge amounts, and bringing wet snow all the way north through France up to the Loire Valley, Paris, and Normandy. It was extreme, sudden, and fast. Now it's over. We're having more normal, relatively warm rain this morning. All the snow is gone. And my cough is much better, thank you.
Posted by Ken Broadhurst at 06:30