It was March 6, our first full day on the car trip we took over to the old Bourbonnais province in central France earlier this month. After our walk around in the town of Lapalisse under the shut-tight 16th century Château de La Palice, we drove north through Jaligny and on to Saint-Léon, basically down the valley of the Besbre River. 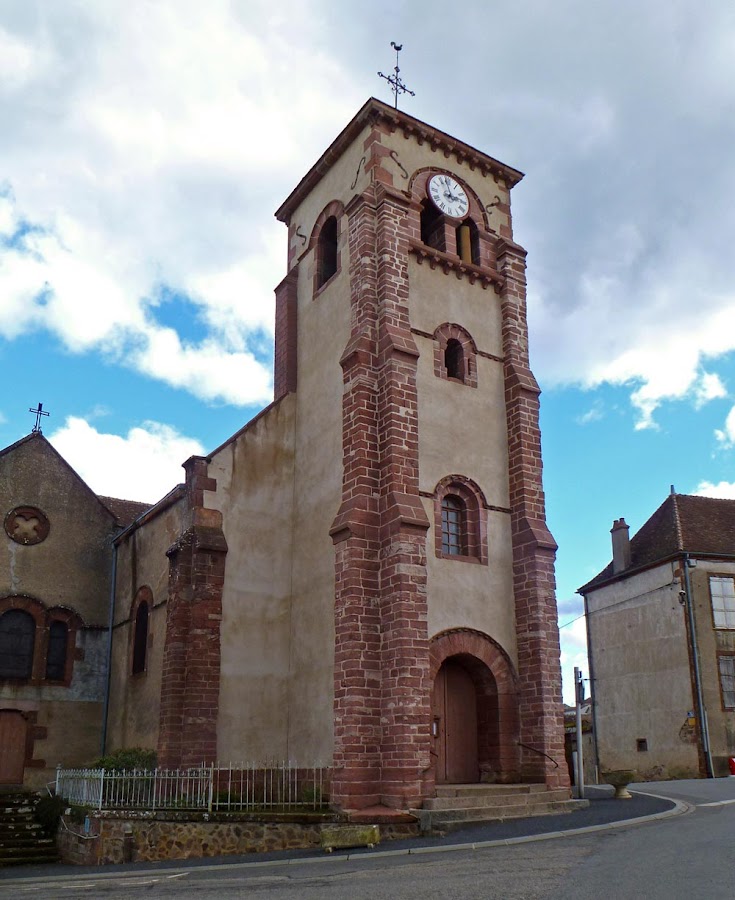 Saint-Léon (pop. 601) has — surprise! — a big church at its center. The church dates back to the 12th century, at least in part. You get used to that in France, because there are 11th and 12th century churches all over the country. Most of them have been maintained, modified, added-onto, and restored over the centuries. In French, a village is by definition a settlement that includes a church — no church, no village. 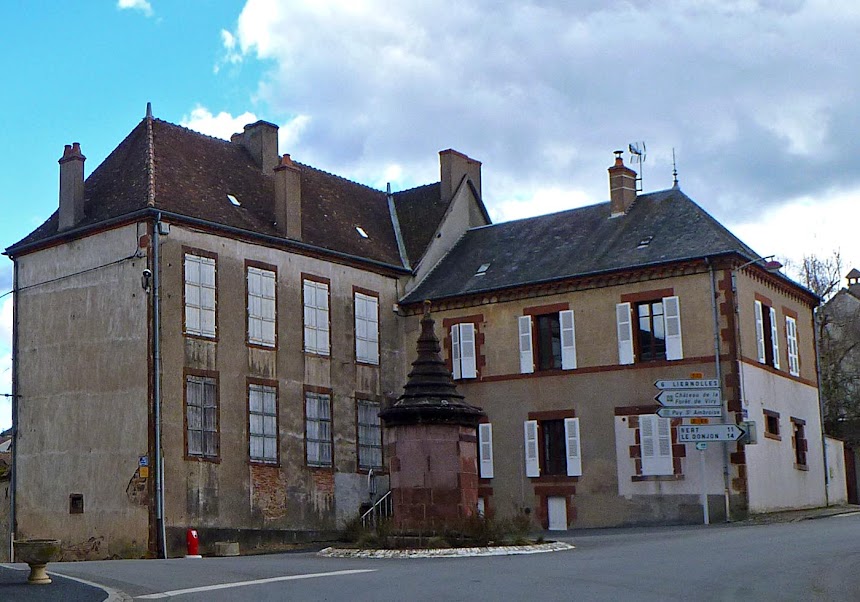 Saint-Léon also has sights like the house above, as well as a good bakery/pastry shop (below) where we got some bread to have with our dinner of home-made blanquette de veau back at the gîte (brought in a cooler from Saint-Aignan). From the boulangère we also got some advice and directions on which road to take back 25 miles north to the big town of Moulins, where we were staying. 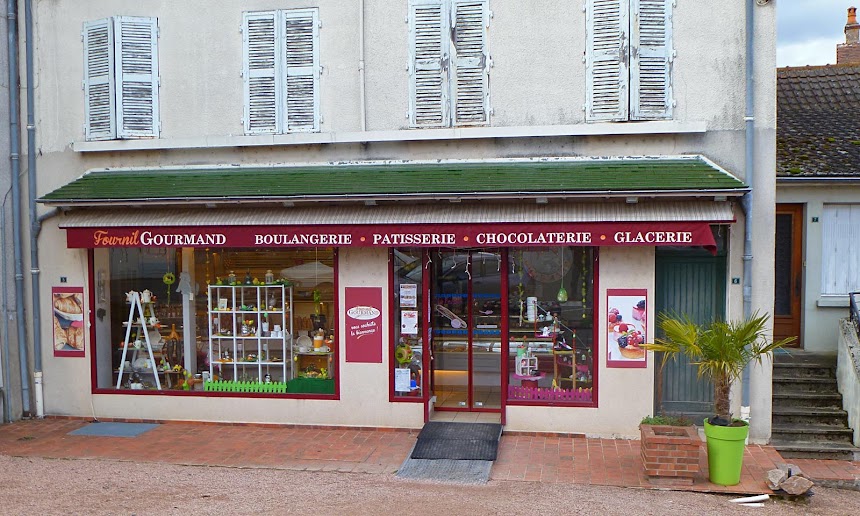 When I took these three photos, we had just come back from the top of the nearby Puy Saint-Ambroise, an extinct or at least dormant volcano where you can enjoy panoramic views out over the valley of the Besbre River and the fields, hedgerows, and farmhouses of the bocage bourbonnais — and beyond!
Posted by Ken Broadhurst at 06:30