Walt told me he might post some photos today of the interior of the gîte rural (countryside vacation rental) that we stayed in last week outside the big town of Moulins in the département de l'Allier.  If he does, this post will be complementary. (Here's a link to Walt's blog.) 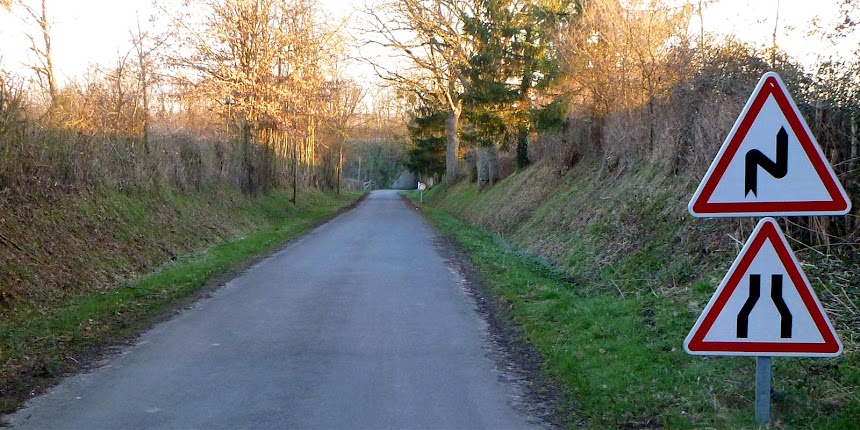 I didn't take any photos inside the gîte, but I took some along the road that leads to it from the village center (church and bakery). That's it above. The sign warns drivers that there is a dangerous curve ahead, and also that the road narrows to one lane. Along the sides of the road are hedgerows that border fields and pastures. 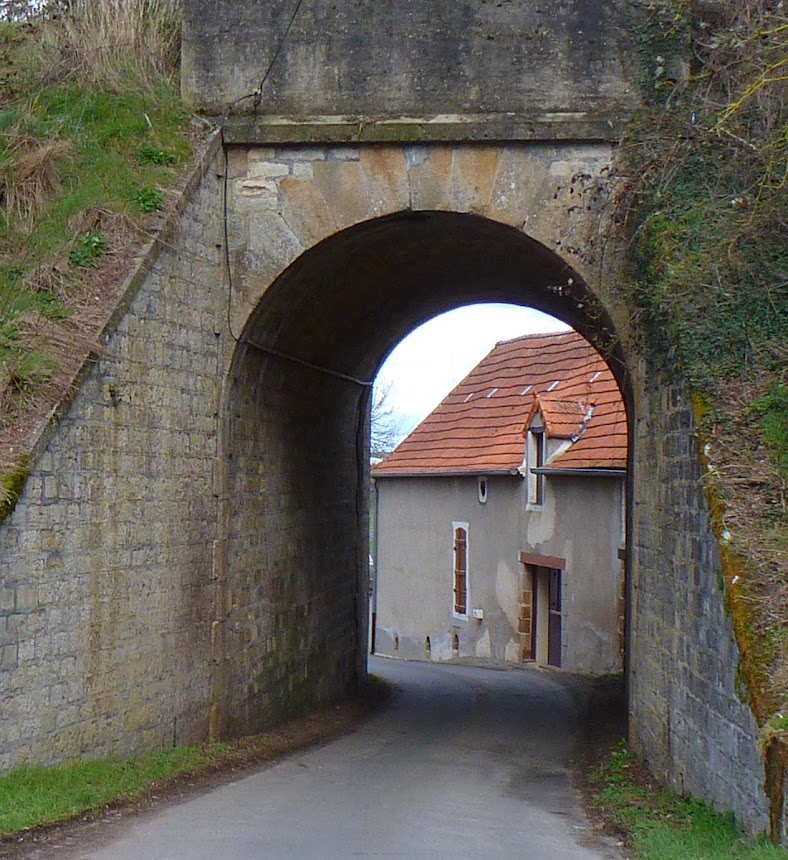 Here's the curve and the single-lane section of road. It passes under a railroad viaduct. The rail line was decommissioned some time ago, apparently, and there are no trains running on it. So there's no train noise to hear when you're in the gîte, of which you can see the back door in the photo. There is car noise — drivers often toot their horn as they come to the underpass to warn oncoming traffic that they're coming through. However, with double-glazing and closed shutters on the street side, you hardly notice (but a dog does!). The front side of the house faces south, with big windows, by the way, and views of horses and pastureland. 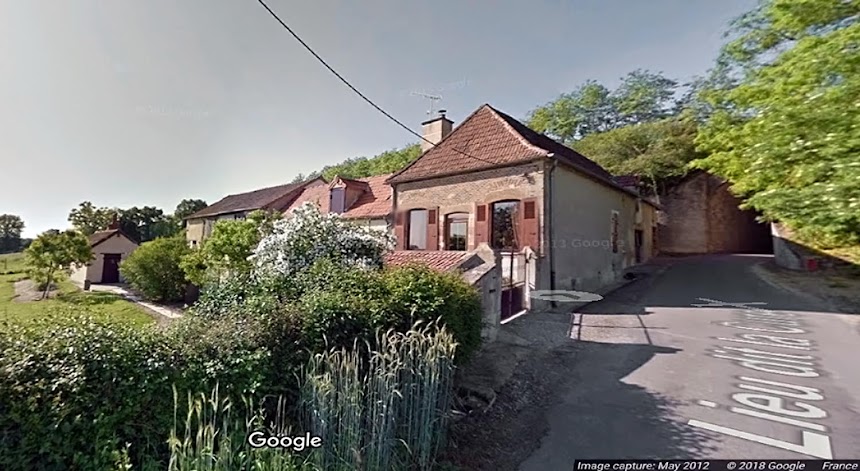 Since I didn't take any pictures of the gîte-owners' house, here's one that I grabbed off Google Maps (with thanks). The house is only 500 meters (a third of a mile) from the village center, so it's an easy walk even though it is slightly uphill. The underpass is dangerous for cars, I have to say. One day I was driving down from the village. I slowed down as I came to the underpass and proceeded with caution. A car coming in the other direction came barreling into the "tunnel" and we both had to slam on brakes to avoid a head-on collision. It was a close call.