From the top of the Puy Saint-Ambroise, I enjoyed taking long-zoom shots of the houses we could see dotting the Bourbonnais countryside spread out in front of us. The trees and hedgerows were pretty too. 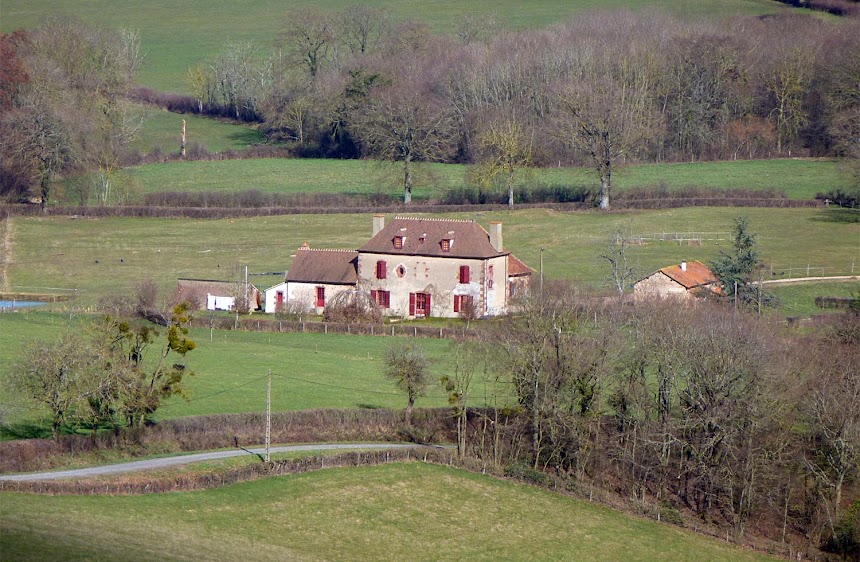 There were houses of every style: maisons bourgeoises (above) and longères (below). The former are usually houses you see in built-up areas, but not exclusively. They have a small footprint but are big houses with upper floors. The latter, "long houses," are generally on one level and spread out over the land. I guess the U.S. equivalent is the ranch-style house. 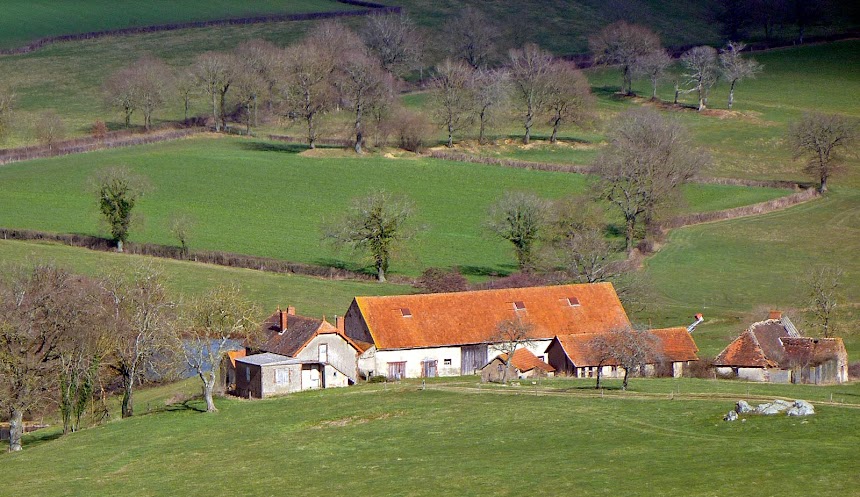 The other style of house you see everywhere in France is the pavillon (like the one with smoke coming out of the chimney in the photo below). That's what our house is. The Petit Robert dictionary defines pavillon as une petit maison dans un jardin. In other words, it's not a town house (maison de ville or row house) but has some land all around it. It's detached. Pavillons are generally small but can have living space on a single level (plain-pied) or on several. 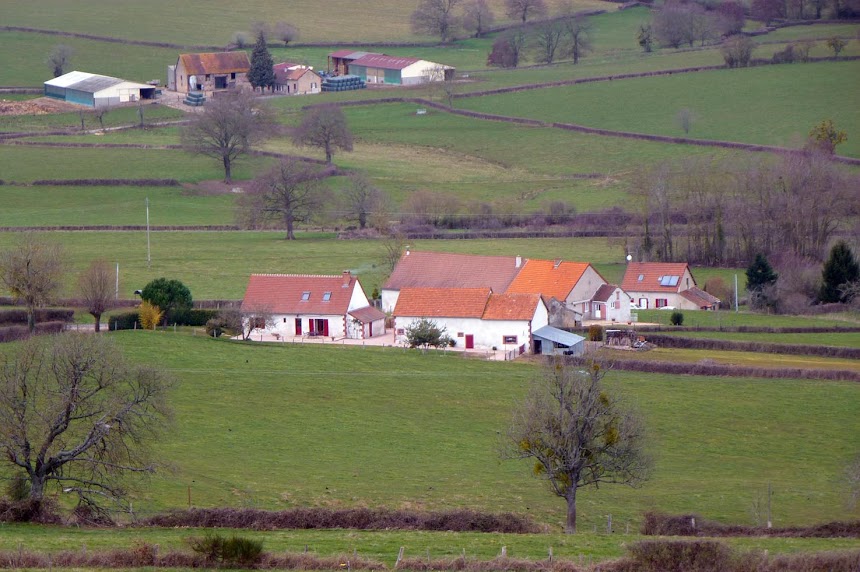 In a comment yesterday, Diogenes wondered why French cars are not sold in the United States. I posted a link in answer to his comment where you can find many pages discussing that question. Here's another link with some explanations about French cars' invisibility in the U.S. and Canada. 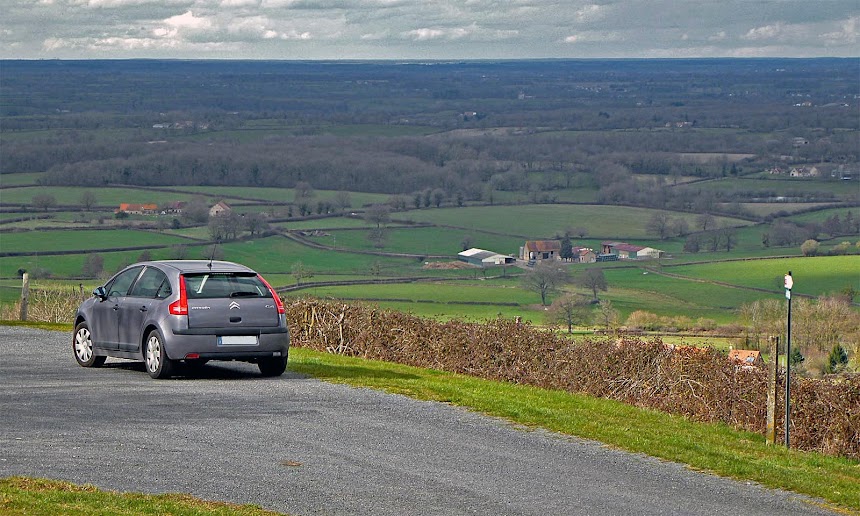 Above is another photo of our 10-year-old Citroën C4, which I bought in 2015. I like it a lot. It's not a high-end model but it is spacious and comfortable. It has a good ride and many nice features, including air-conditioning and cruise control. It only has about 65,000 miles on it, and it has a diesel engine so it will last a long time (I hope). I drive it only about 2,000 miles per year! If you're American, you might never have seen this car model before, and you'd have a hard time finding one in the U.S.
Posted by Ken Broadhurst at 06:45